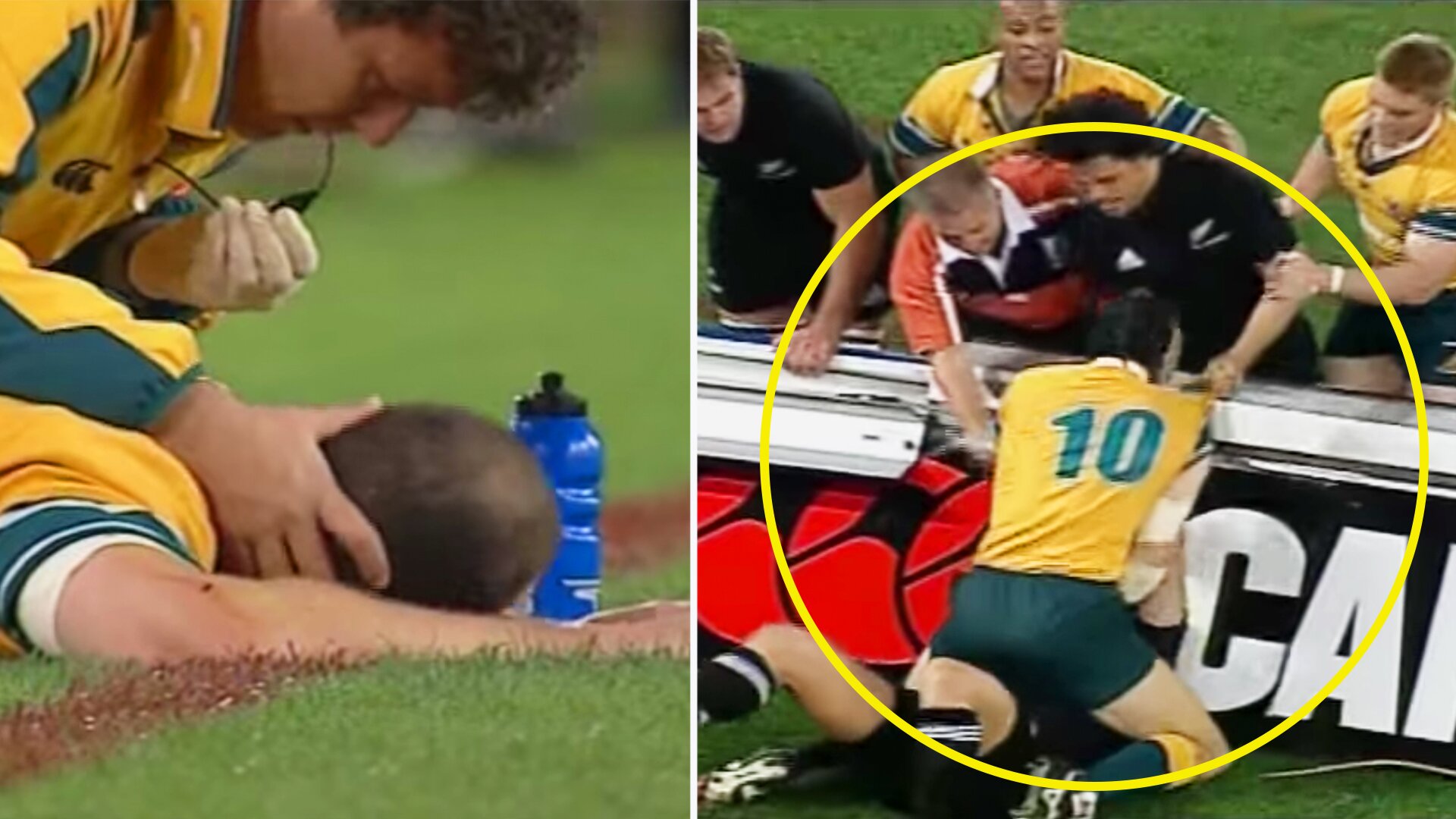 The Bledisloe Cup used to be absolutely brutal

We’ve unearthed this classic footage from the Bledisloe Cup and it shows just how brutal the fixture used to be.

This is the Bledisloe Cup at it’s brutal best.

This footage comes from a time when the Bledisloe Cup was at it’s most competitive back in the summer of 2004.

The Wallabies were still one of the strongest forces in World Rugby and the All Blacks were going from strength to strength on their way to becoming the world’s number 1 side.

This video shows a moment when tensions got more than a bit heated between the sides fly-halves in the early stages of the encounter.

We see as Larkham runs the ball out of play as he’s chased off the pitch by Spencer – who’s looking to get the ball back for his side.

Watch the brutal dust-up below

That’s according to a fresh slew of results released from an anonymous poll conducted among “over 100 players” from New Zealand’s five Super Rugby franchises by NZME‘s Sam Casey.

huge game in NZ this weekend

The results from the poll have offered some insight into the real opinions held by a raft of players nationwide about the state of the professional game in New Zealand.

Since Monday, results of 10 questions per day from the 40-question survey have been released by The Country Sport Breakfast, with the biggest revelation thus far being almost half of the players disagreed with Ian Foster’s appointment as head coach of the All Blacks.

That was followed by Tuesday’s discovery that showed a hefty 44 percent of players viewed All Blacks and Hurricanes hooker Dane Coles as the “biggest grub” in the New Zealand game.

Other interesting findings included Beauden Barrett was regarded as both the best player and first-five in the country, Forsyth Barr Stadium was by far the most popular ground to play at in New Zealand, and Cullen Grace was tipped to be the All Blacks’ next breakout star.