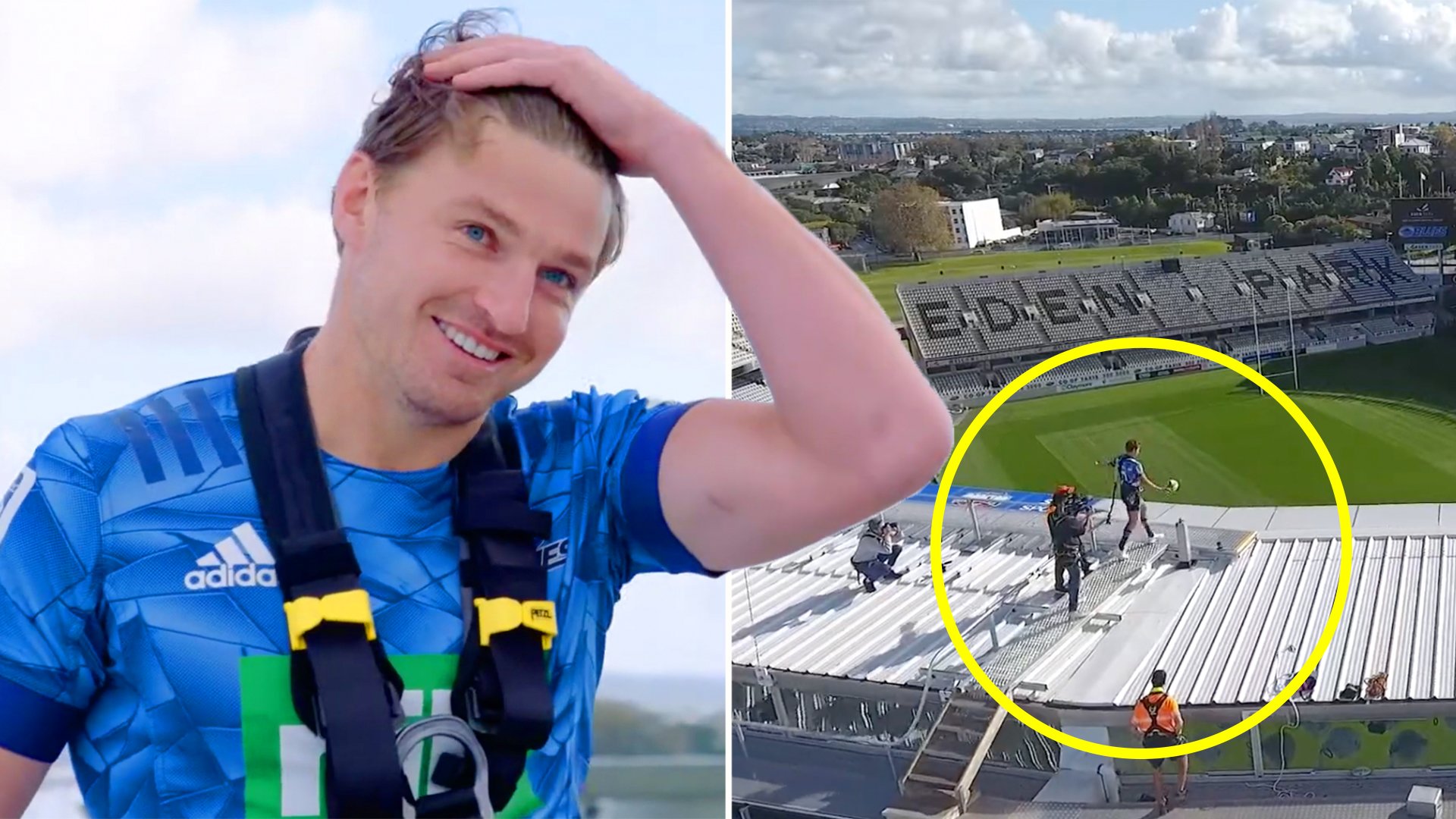 The eve of Super Rugby finally returning is here! The tournament this time round will only feature teams from New Zealand. The Blues got Beauden Barrett to take part in a crazy PR stunt to promote the game!

Super Rugby Aotearoa is upon us this weekend.

Full crowds can now join the games as New Zealand has no active cases of the disease in their country.

On the eve of the Blues taking on the Hurricanes this weekend, the Blues got Beauden Barrett to do a crazy PR stunt on top of Eden Park, their home stadium.

Two-time world player of the year Beauden Barrett will make his long-awaited debut for the Blues against his former team, the Hurricanes, at fullback at Eden Park in Auckland on Sunday.

Feels so good to be home ✊💙

Barrett will be joined in making his debut against his former side by another ex-Hurricanes player, halfback Finlay Christie, who will make his first appearance from off the bench.

Blues head coach Leon MacDonald has had his toughest selection job to decide his team for the opening match of Super Rugby Aotearoa.

The backline has a similar look to pre-pandy 19 times with TJ Faiane and All Black Rieko Ioane again pairing in the midfield outside Sam Nock and Otere Black. Caleb Clarke returns from the All Blacks Sevens to take his place on the left wing to form a potent back three with Mark Telea and Barrett.

The Blues got Beuden Barrett to go all the way to the top of the stadium to film this crazy stunt to promote their match against the Hurricanes which will start on Sunday!

Barrett seemed to take everything in his stride despite how potentially dangerous this little stunt could possibly be!

We are buzzing to see how well Barrett gets on for the Blues!