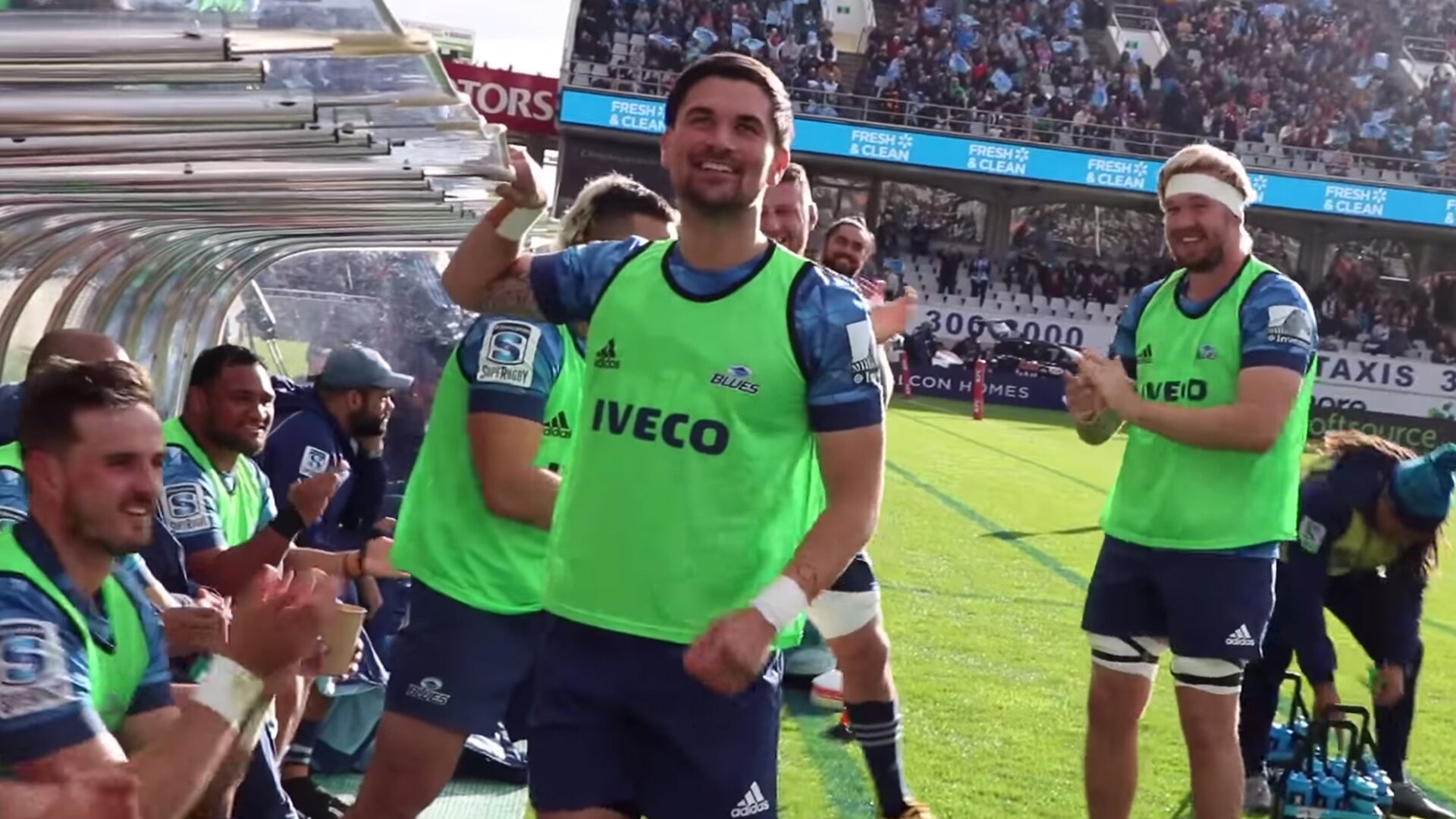 The Blues rugby team have been creating some sensational content online lately and this video was no different. The Blues filmed their bench this weekend for a whole match.

The Blues played the Chiefs this weekend in Super Rugby Aotearoa which was a brilliant match to watch.

The men from Auckland already made headlines this week when their hooker hilariously downed a bottle of Powerade on live tv directly after a match!

“Should I boof it?” – @BluesRugbyTeam hooker Kurt Eklund 😂👏🏽

The Blues currently sit at 2nd in New Zealand’s Super Rugby competition, with losses against the Hurricanes and the Crusaders keeping them off that elusive top spot in the competition.

They may not be top of the table, but they are certainly releasing the best content on the platform with videos going viral week to week across their social media.

The team decided to film the reactions of their bench as their team took on the team from Waikato.

The video truly displays just how strange it can be being on a bench in a big match, living in the moment the same as the fans, but also having to be mentally ready to play in the match.

Leicester Tigers have given new signing Nemani Nadolo their backing after the Fijian called out the casual racism of some people following the Gallagher Premiership club’s announcement of the signing of his fellow countryman, Kini Murimurivalu.

Nadolo took umbrage over some social media comments relating to the pronunciation of the Fijian full-back’s name, sharing a screenshot and replying: “A comment made on the signing of my mate Kini Murimurivalu by one of the supporters… sorry but I don’t stand for this s***… I’ll let head office know tomorrow to change my name to Bob to make it easier for some!”

The Fijian, who has joined Leicester this summer from Montpellier, returned to the matter the following day, saying he bore no grudges but hoped “we can all respect each other whether it’s our name, race or religion”.