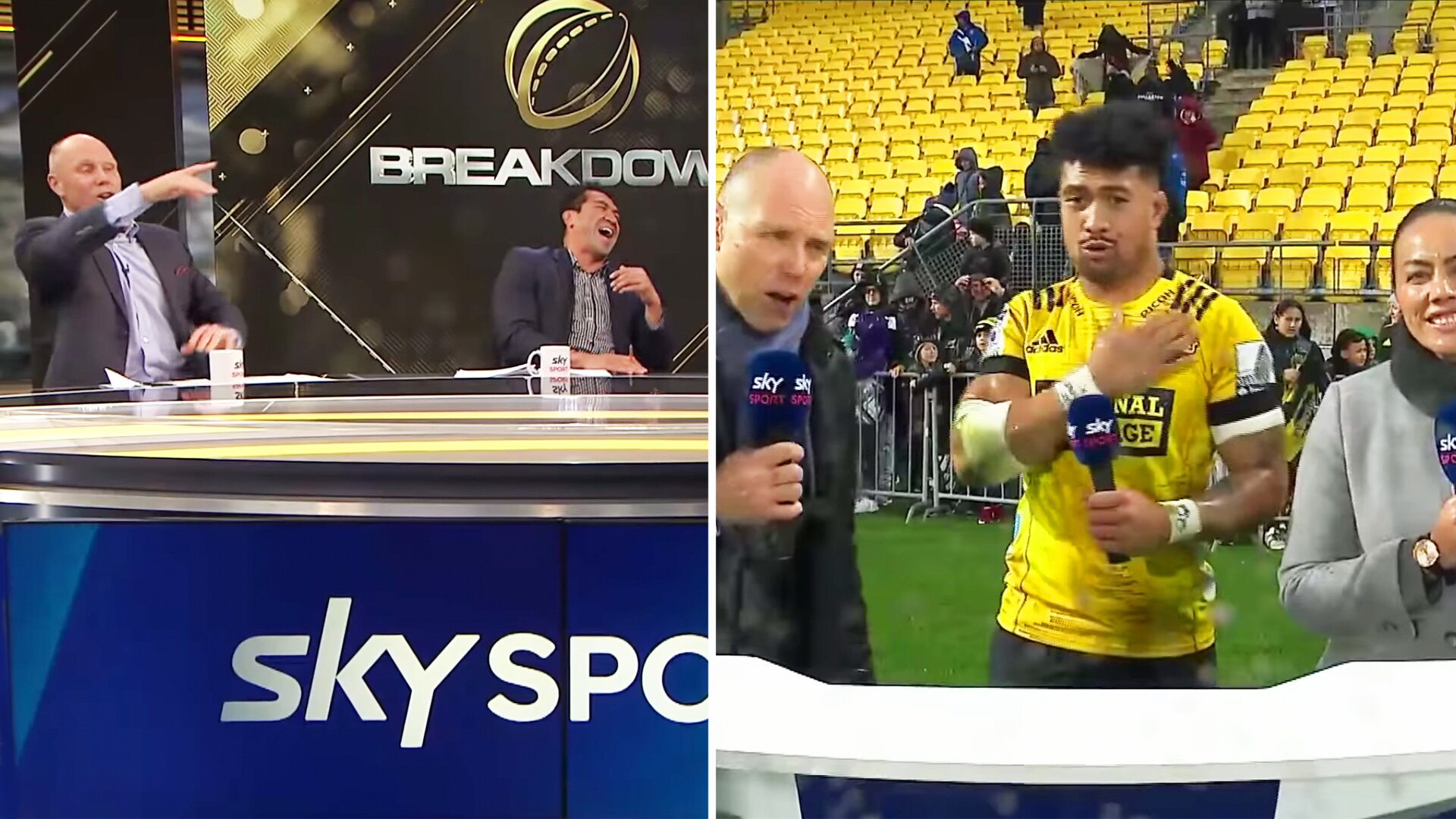 The newest episode of ‘The Breakdown’ has just aired and with it comes this brilliant reaction to last weekend’s Super Rugby action.

This week’s show covered a range of different topics in an action-packed week of rugby.

Many fans were eager to see what the pundits had to say after this cringe-worthy interview on Sunday featuring the program’s host Jeff Wilson.

The Breakdown presenter was all over social media on the weekend after two awkward mix-ups with Super Rugby stars in the weekend’s post-match interviews.

When Ardie Savea went to offer the former All Black a high five at the end of the interview – Wilson turned away not noticing the gesture – leading to a hilarious moment of bemusement from the Hurricanes flanker.

To make things even more awkward we see that this wasn’t the first time this happened on the weekend for the host.

Watch this brilliant reaction below

England internationals Joe Launchbury, Brad Shields, Dan Robson and Jacob Umaga are among 15 Wasps players who have signed new long-term contracts ahead of next month’s restart of the delayed 2019/20 Gallagher Premiership season.

The length that each contract has been extended for – including the Launchbury deal – was not specified in the story carried on the Wasps club website, but other first-team players who have opted to continue at the Ricoh Arena are Italy international Matteo Minozzi as well as academy products Gabriel Oghre, Tom Willis, Will Porter and Sam Spink.

Having signed from Newcastle in 2018, Zach Kibirige is another to extend as have Thomas Young, Jack Willis, Tom West and Sam Wolstenholme, who all only recently committed their futures to the club.

The 15th player on the list of extensions is Alfie Barbeary, who was recently promoted to the first-team squad from the academy. With the club looking to make permanent the temporary salary cut that came in when the coronavirus pandemic first broke out, contract extensions have become a ploy across the league to help keep players happy.

Wasps’ XV of freshly extended deals follows recent agreements with the likes of Jimmy Gopperth, Marcus Watson, Rob Miller and Biyi Alo, while there have also been new signings in the guise of Ryan Mills and Myles Edwards.