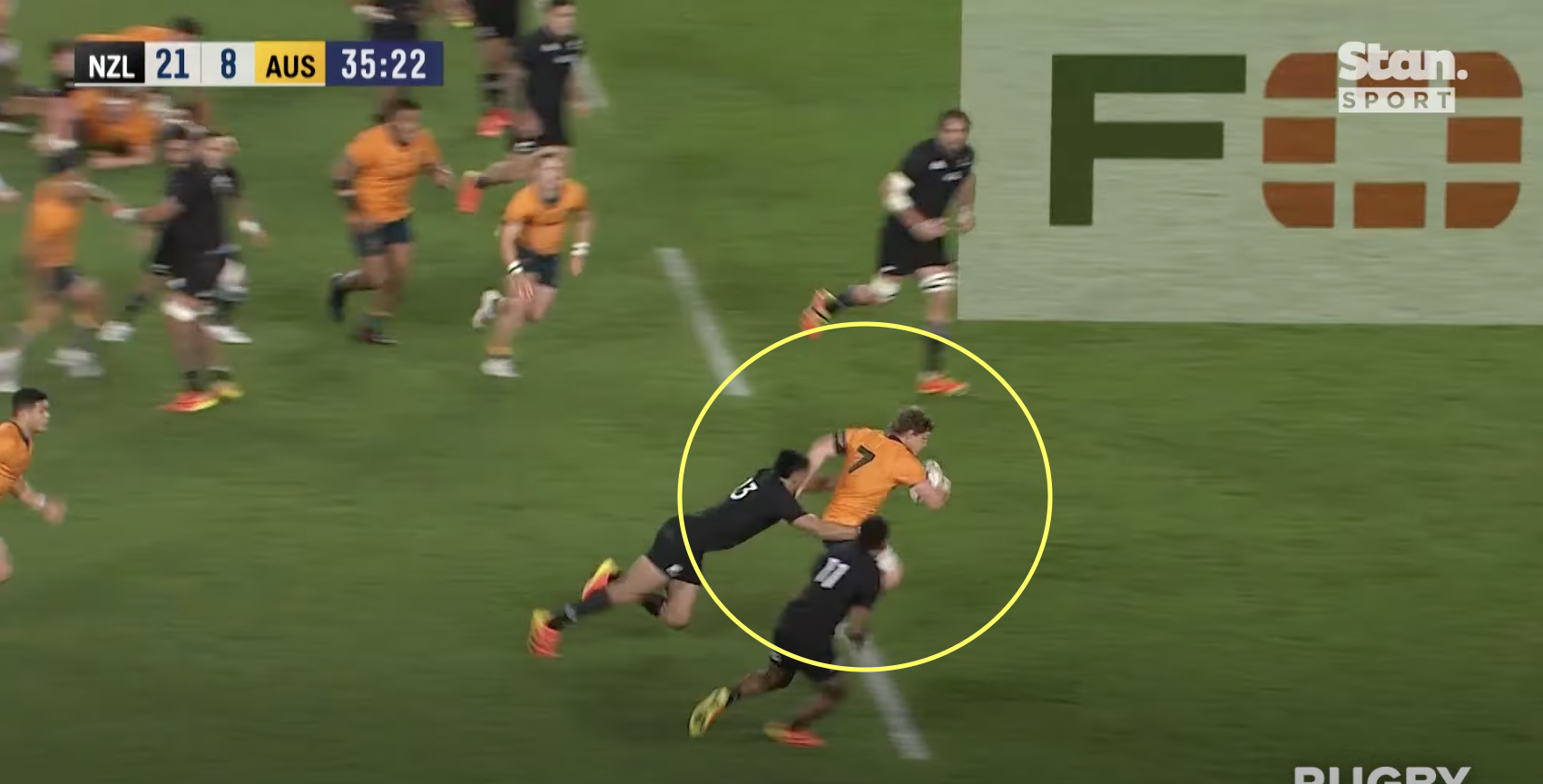 The clip that sums Michael Hooper up perfectly

No player seems to carry his team more than Wallabies captain Michael Hooper does at the moment, or at least amongst the top nations.

Despite being on the losing side two weeks in a row against the All Blacks, the openside flanker was still at his all-action best in the Bledisloe Cup Tests. The 29-year-old is accomplished in all aspects of the game, but nothing sums up Hooper more than a carry he made in the first half against the All Blacks last weekend at Eden Park.

The Wallaby only made 30 metres, but it took three defenders multiple attempts to bring him down as he charged into the opponent’s 22. Nothing exhibits his never-say-die and relentless attitude more than this run:

The Wallabies currently sit at the foot of the Rugby Championship table after one match (the first match against the All Blacks was only a Bledisloe Cup match) due to their -35 points difference, compared to Argentina’s -20 following their loss to South Africa. Hooper’s side are scheduled to have a week off, although the future of this year’s competition is up in the air.