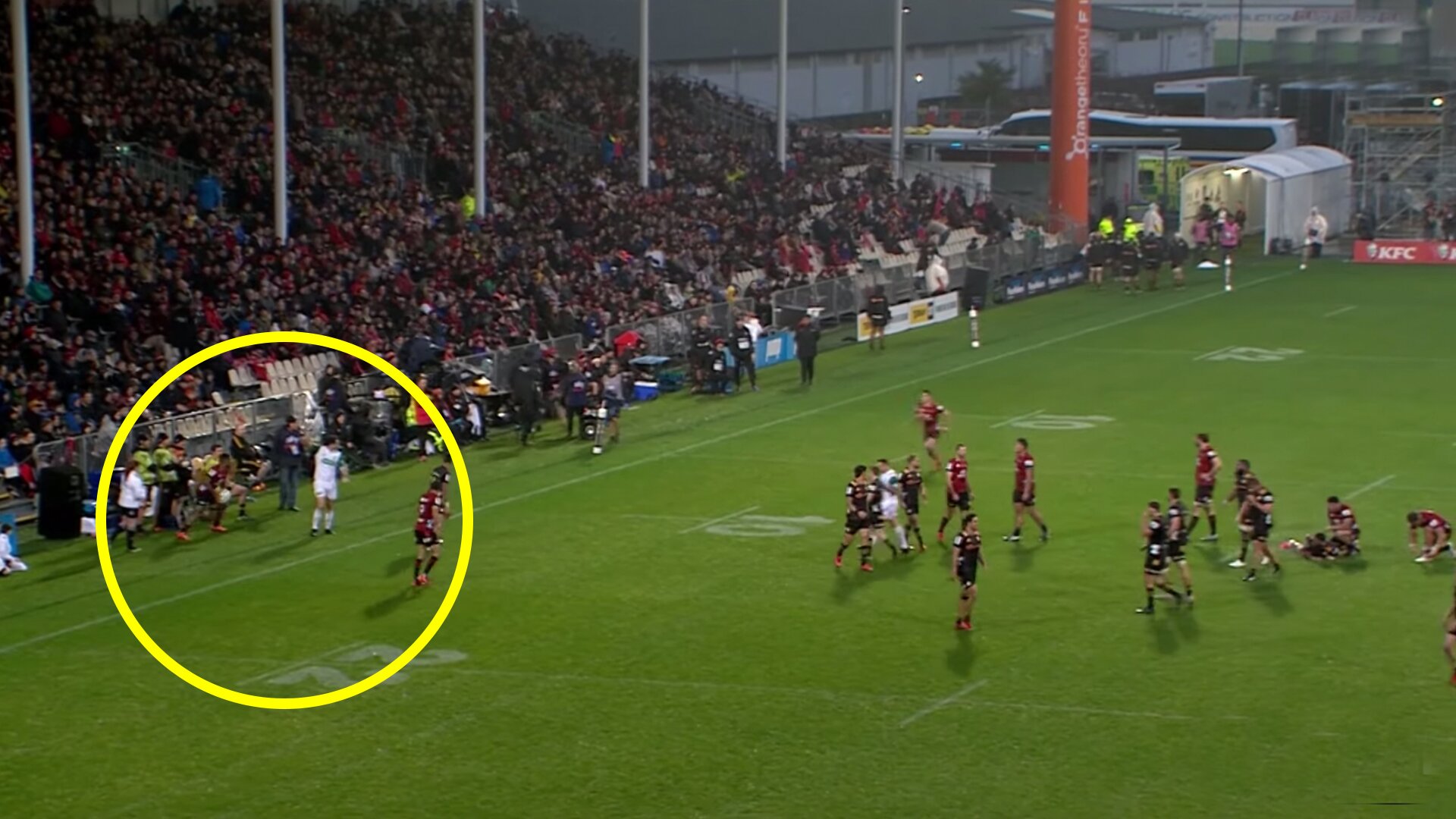 The Crusaders scored one of the sneakiest tries that we have seen in ages this weekend as they reminded us yet again why they are one of the most dominant teams in Super Rugby.

The Crusaders dispatched of the Chiefs in Christchurch in what was a dull affair to be honest.

Two tries in the match lit up the game, and reminded us exactly why the Crusaders are hot favourites to win this competition.

The game changes just after half time thanks for the quick thinking of Saders full back Will Jordan. Jordan has received rave reviews recently in New Zealand for his commanding performances and this was none other.

Will Jordan’s speed of thought is his point of difference. He has the confidence in his skill set – + clearly the confidence of his coaches – to go off script. Physically there are more impressive guys out there but I can’t name a rugby player I enjoy watching as much as him.

The youngster is only 22, but he had the quick thinking to score this try right under the noses of the tired Chiefs defence.

This surely has to be one of the sneakiest tries out there!

The Crusaders have produced a pair of wonderful tries in what has been an otherwise dull Super Rugby Aotearoa clash against the Chiefs in miserable conditions.

In a match engulfed in handling errors, kicking duels and set pieces, the dynamic outside back duo joined forced to break the uninspiring theme of the game to bring the fixture to life with two expertly-taken tries.

The first of those came at the back end of the first half when a Richie Mo’unga bomb from inside his own half was misfielded by Chiefs fullback Damian McKenzie.

That allowed Reece to take the ball cleanly- a rare occurrence under the drizzly clouds of Christchurch – and set off down the right wing in the most exciting passage of play of the half.

Streaming down into the opposition’s 22, the All Blacks star simply had to draw in the covering Sean Wainui, which set free the supporting Jordan to run in his 11th try for the Crusaders in just his 14th outing.