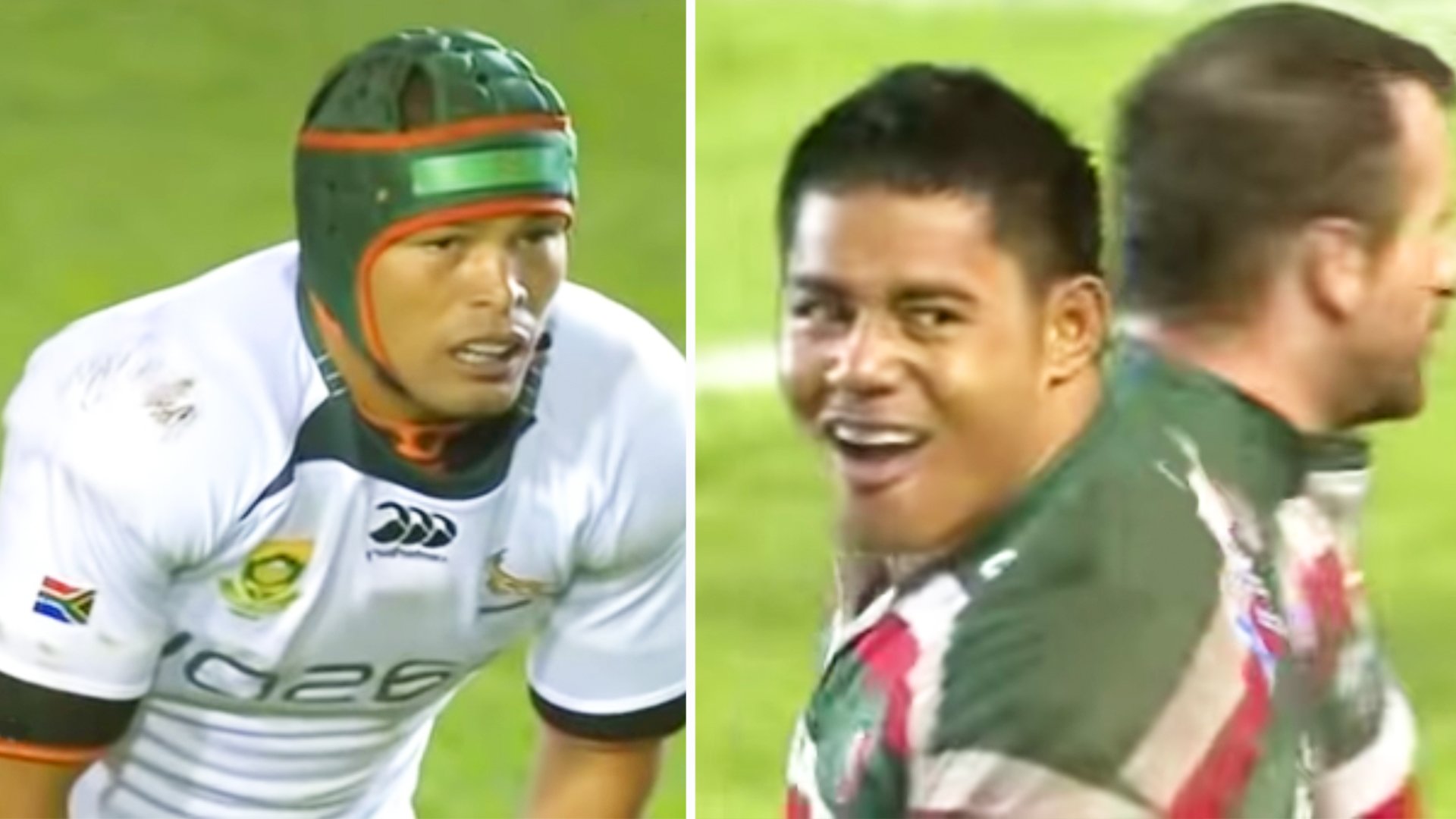 Recently we covered the Springcocks humiliating defeat at the hands of English club Saracens – now we’ve just unearthed another gem of a match from the lucky World Champions. This time – against Leicester Tigers.

This fixture comes from 2009 and boy was it a classic.

When you thought lockdown would be way longer… 😅@BluesRugbyTeam pic.twitter.com/kTrpXDXmiK

The reigning World Champions had been on a European tour in which they elected to play against English club sides in between their international test matches.

These matches no doubt were there to warm up the Saffas for sterner tests against top tier international sides.

If only it was that easy.

This Leicester Tigers side – under the stewardship of Richard Cockerill – was one of the strongest teams ever fielded in English Premiership history.

With the likes of Martin Castrogiovanni, Ben Youngs and Manu Tuilagi in their ranks, Leicester were arguably the most formidable side in club rugby.

big changes afoot in the world of rugby

The prospect of a ground-breaking global calendar remains alive after a crucial World Rugby meeting, but rugby chiefs remain at odds over how to schedule the rest of 2020.

The South Africans started well at Welford Road, scoring a try in the corner after just seven minutes to build an eight-point advantage.

The Tigers weren’t going to roll over that easily though, as they bit back with a try just before the half-hour mark to take the lead.

The momentum was with the home side and they went into the half-time break, 16-11 ahead.

This match came right at the start of Manu Tuilagi’s Leicester Tigers career and the video below starts with one of the English centre’s trademark runs through the middle of the hapless Springcock defence.

As the second half wore on, the home side extended their lead with some pinpoint place kicking from none other than England scrum-half Ben Youngs who was more than capable with the tee.

This was a famous win for the English side and it goes down as yet another humiliating chapter in South African rugby history.

Watch highlights from this incredible match below