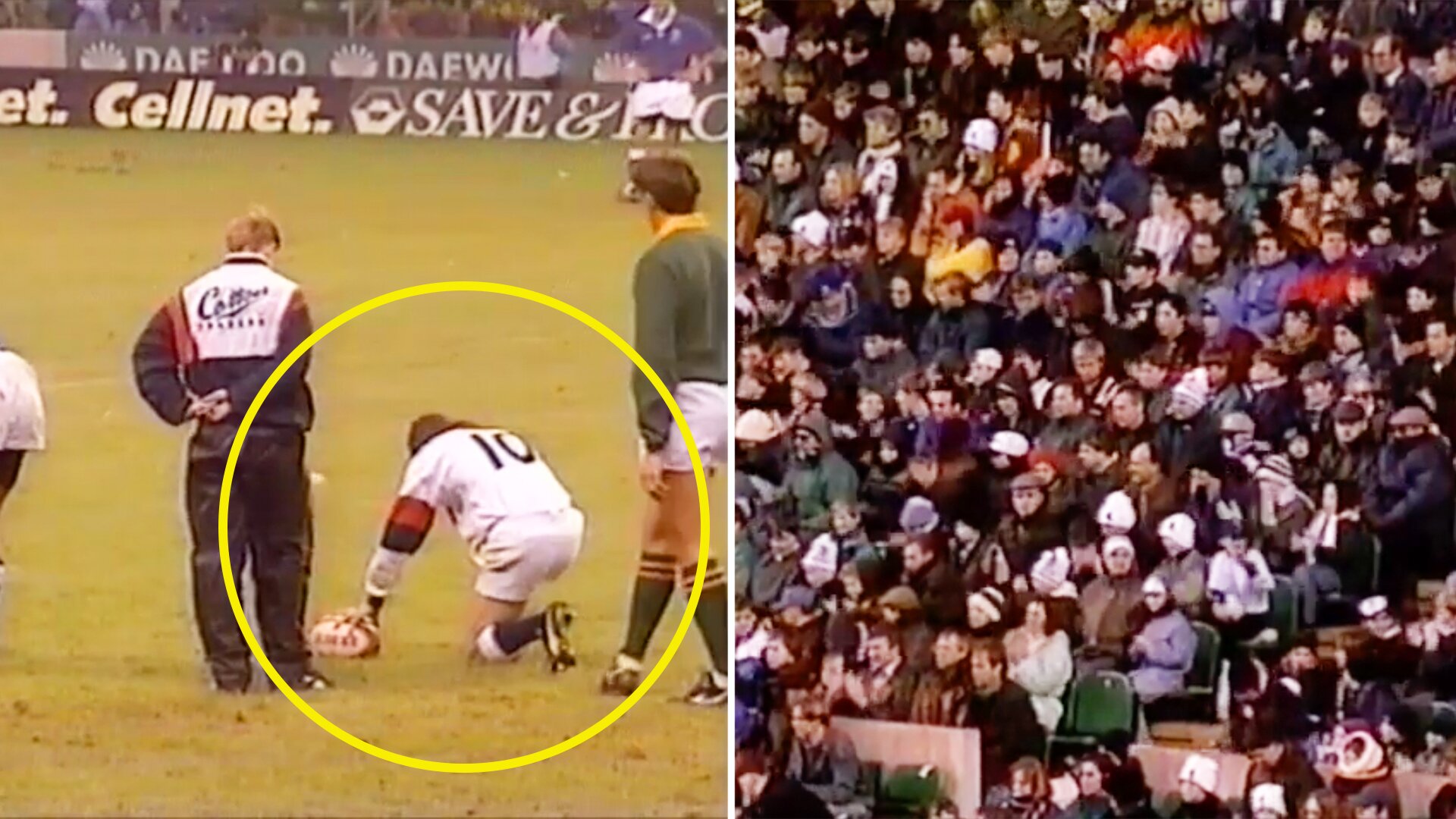 The day the Twickenham crowd turned on their own player

It’s not an uncommon sight in rugby when players are booed and jeered by the opposition’s fans. What’s very rare is when it’s directed at one of your own players. That’s exactly what happened at Twickenham in 1995.

England were up against Western Samoa at the home of English rugby in a game where their supporters expected a display of attacking rugby.

They didn’t get what they wanted and they certainly made their feelings known.

In a scrappy first half England elected to shoot for goal on a number of occasions in a tight game to extend their lead over their pacific island counterparts.

There was a restlessness in the crowd as young fly half, Paul Grayson, lined up kick after kick and when Carling again pointed to the posts on the hour mark – the crowd had had enough.

We see as the crowd begin on a chorus of booing and jeering directed at their own kicker – clearly unhappy with the decision to kick for goal.

Paul Grayson actually goes on to miss the penalty after a crescendo of slow clapping echoes around the stadium.

In the aftermath of the game, the then England coach, Jack Rowell, condemned the actions of the Twickenham crowd.

‘Well it is incredible isn’t it. What we need is Twickenham to be a fortress. It’s a new stadium of outstanding format and as part of it being a fortress for England the crowd really need to get behind England.‘

The English skipper then went on to defend his decision to kick for posts rather than to take the quick taps.

It’s certainly a rare sight to see in rugby and it’s something tat we can’t recall happening on any other occasion.

Do you remember any scenes like this? Let us know.