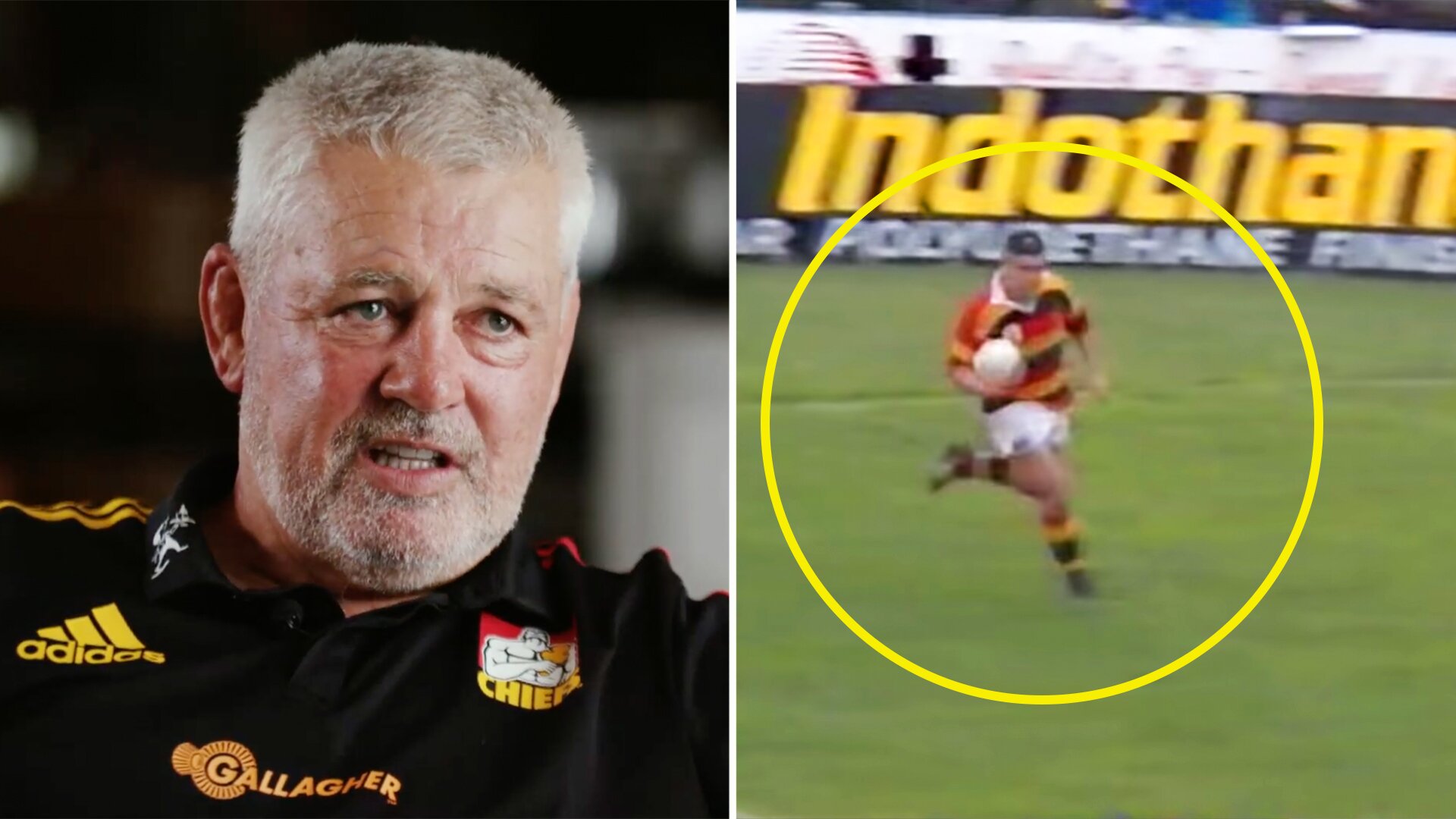 Nowadays, Warren Gatland is the face of the British and Irish Lions.

His stewardship of the Northern Hemisphere touring side has brought huge success to the team with a fantastic tour win in Australia and more recently – a drawn series against the All Blacks.

This new footage shows the Lions coach playing for Waikato back in 1993.

Gatland, who now coaches the New Zealand based Waikato Chiefs, was a hooker back in his playing days and we can see from this video that he was no pushover either.

Waikato dominated the Lions on this day in a comprehensive 38-10 victory sparking scenes of pandemonium at the final whistle as we see scores fans rush onto the field.

Chiefs going from strength to strength

We speak to the three signings who have dazzled at age-grade level for England and Wales on their moves to Sandy Parkhttps://t.co/9sTwImWr4R

Throughout this whole match Gatland impressed with a strong showing in the scrum.

He also showed his exceptional work rate around the field as we see him clear ruck after ruck throughout the contest.

The crowning moment for Gatland came late in the second half as he pounced on the end of an offload to score a run in try in the corner that sealed the British and Irish Lion’s fate that day.

Jordie Barrett returns to a Hurricanes side trying to get their season back on track
Jordie Barrett’s last match for the Hurricanes saw the men from the capital travel to Waikato to earn their first win over the Chiefs in Hamilton since 2007. Head coach Jason Holland will be hoping for a repeat this Sunday now that he’s able to welcome Barrett back into the fold.
Barrett’s injection at fullback is one of just four changes that Hurricanes have made to their starting lineup. The 23-year-old has finally recovered from a niggly shoulder injury and will take over from Chase Tiatia. He’ll partner up with Ben Lam and Kobus van Wyk, who’s swapped from the bench to the starting side in place of Wes Goosen.
Rugby Onslaught
@kick_francis
Sharing