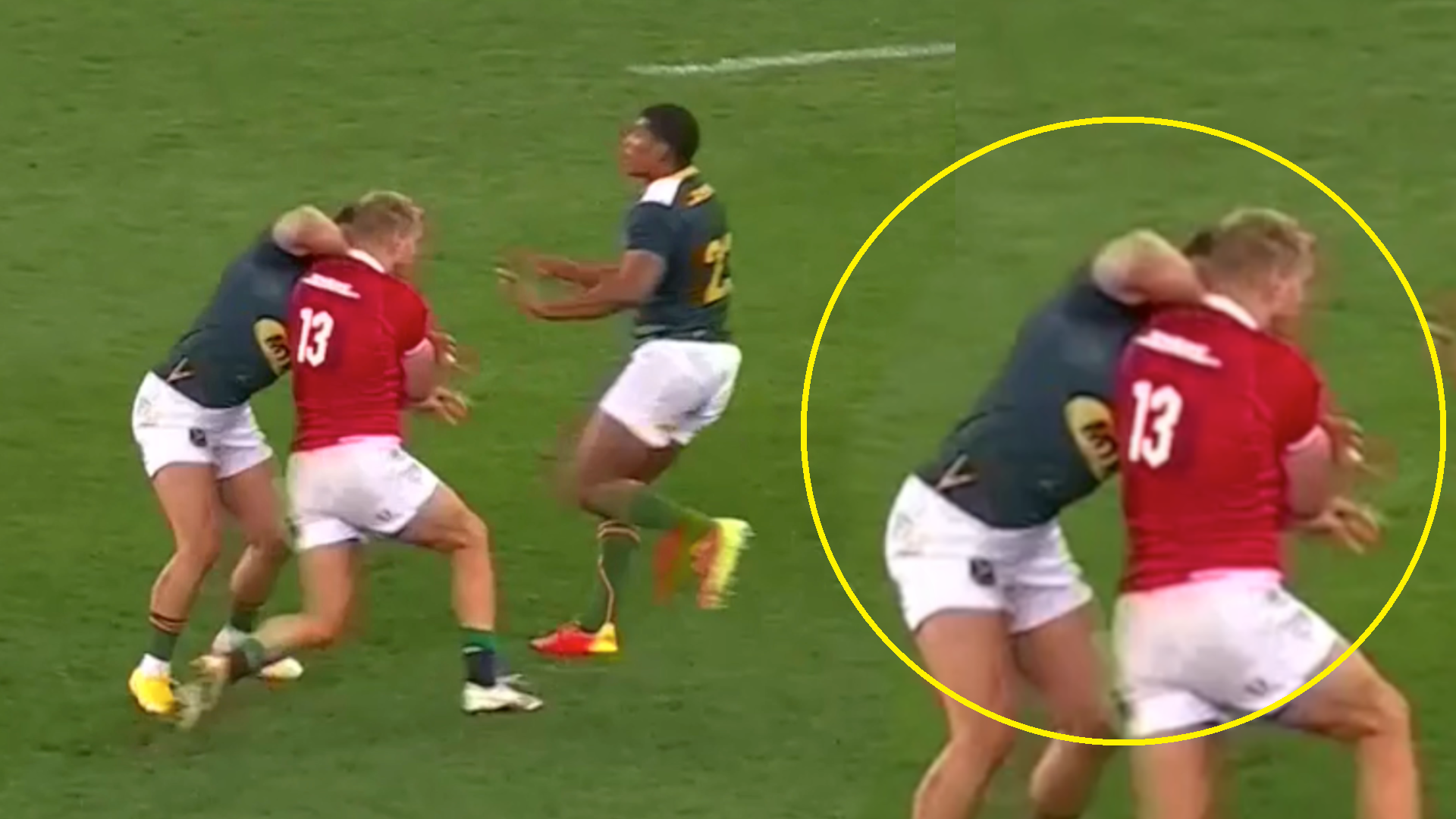 In the post-match highlights, it is clear for everyone to see an illegal challenge from Jesse Kriel on Chris Harris just before Louis Rees-Zammit’s try attempt. The Springboks centre rushed out the line and took Harris out off the ball with a forearm to the head. Despite requests for referee Jaco Peyper to review the ‘tackle’, nothing came of it in the game, but it was a likely red card, and at the very least a yellow card in a game that had a number of head injuries.

The Springboks were struggling at this point, and going a man down again would surely have been the tipping point which would have secured the win for the Lions.

This was the challenge:

Rassie Erasmus said his players ran out of steam, but never out of heart which proved decisive in a match they desperately wanted to win.

SA Rugby’s Director of Rugby addressed the media in a virtual press conference with SA ‘A’ captain Lukhanyo Am and said the match turned out as they expected.

“We expected our guys to run out of steam at the end after being stuck in our hotel rooms for a week and we only had two training sessions together as a team,” said Erasmus.

“The two yellow cards also certainly did not help our cause in that regard.”

Erasmus described the match, where SA ‘A’ held a 17-3 lead at the break, as “very intense, maybe not brilliant, but one where a lot of players showed massive guts and endeavour.

“That type of performance will not win us the Test series though, there is a lot of technical stuff we need to get right before next weekend.

“We also got from the Lions what we expected. Their physical approach and slick handling were expected, and they did not disappoint.

“That is exactly what we needed with a week to go before the first Test. We wanted to win this match and I am sure they wanted to as well. Maybe those two tries not given would have counted for them, but it worked in our favour tonight.”

Erasmus said he is pleased that a big chunk of the squad will return from isolation in Johannesburg in the coming days, especially Springbok head coach, Jacques Nienaber.

“Jacques is also the defence coach and this week he was coaching us virtually, so the way our guys responded was great,” said Erasmus.