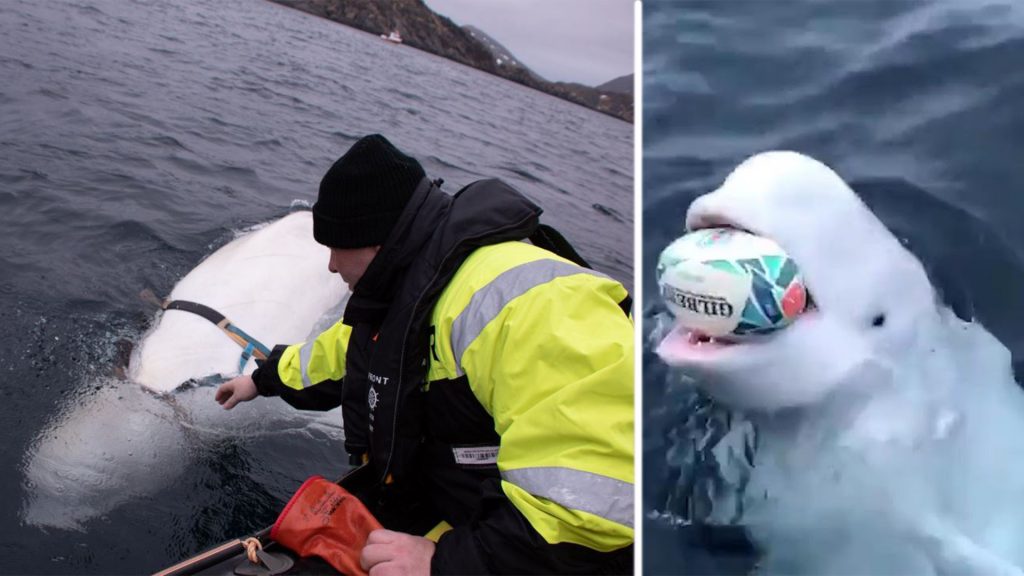 Around a month ago, the rugby world was all encapsulated with the crazy story of the rugby playing beluga whale. A whale that was recorded seemingly playing catch with people on a boat. The reality is far more depressing.

The video was originally released at the beginning of November and fans were astounded at how incredible this situation was.

Many thought this was an amazing spectacle, showcasing the intellect of the marine mammal.

Sadly the reality of this video paints a far darker tale…

The Beluga whale was in fact most likely a  Russian Spy whale that has escaped it’s owners. With it owners no longer able to feed it, it now scours to sea looking for humans to feed it as it is desperate for food.

Because of this, the whale has approached almost every vessel that it has seen, with some people not being as friendly as the Springbok fans were to the whale. Reports from witnesses say that the mammal has been prodded and jabbed by fishermen that had no interest in the whale.

Because H. has spent so much time in captivity he seems unable to join a wild pod & remains at least semi-dependent on human care. There have been disturbing reports that H. has been injured by propellors & anglers and that people have prodded & jabbed him https://t.co/fy2EW5cn26 pic.twitter.com/NZWRMB40Zr

This is not the first instance of a video including animals sending the wrong message. A video went viral of a rat that appeared to be taking a shower. In reality, it was trying to get soap out of it’s fur. Similarly, a video of a Loras being tickled appeared to be cute, when in actuality it wasn’t able to stop itself being tickled and in reality, it was in extreme discomfort.

Here is a video released by France 24 describing what the reality of the situation is. Very depressing!