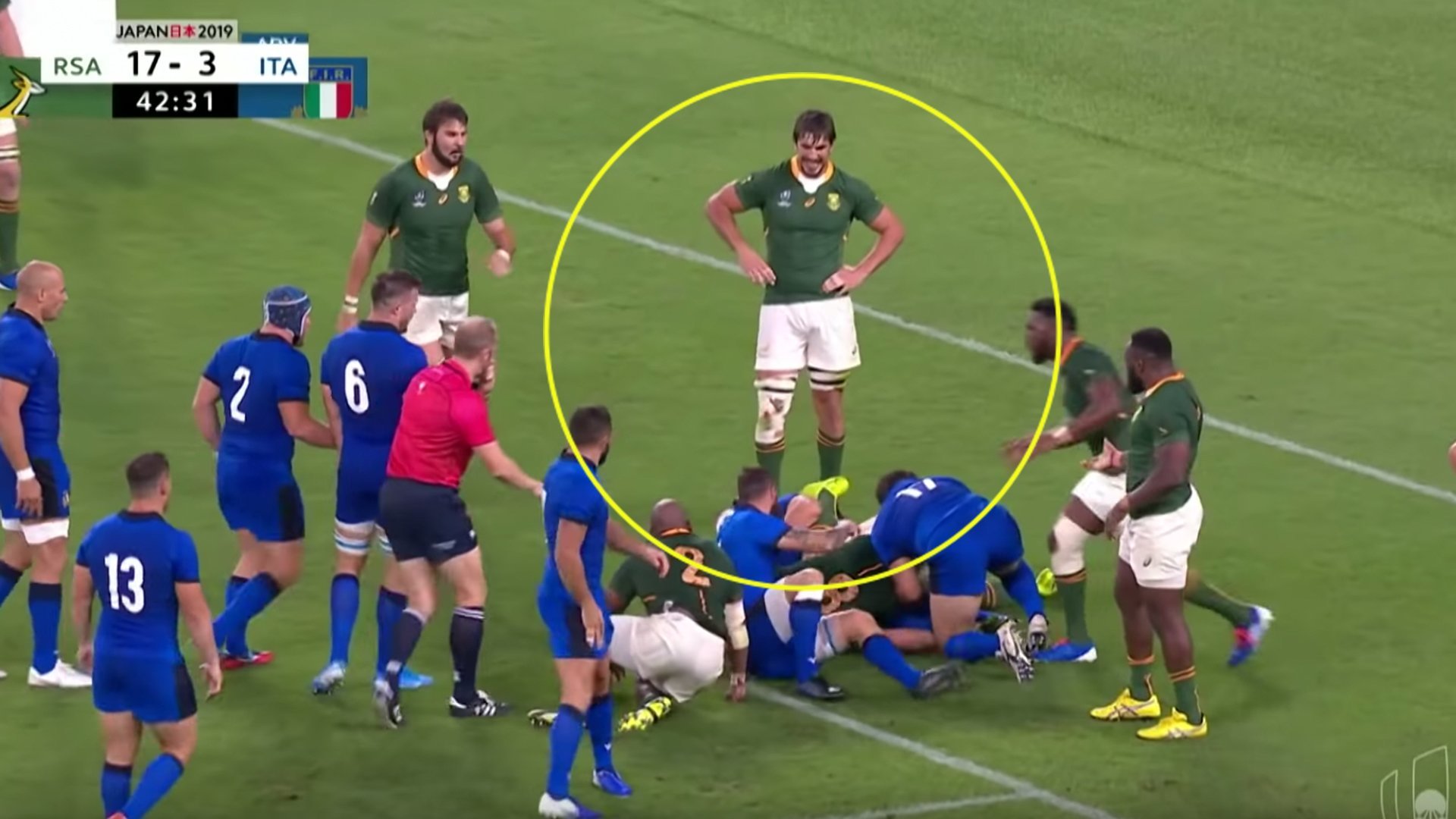 Springbok lock Eben Etzebeth and his reaction confused his many rugby fans during the World Cup last year after a horrendous spear tackle challenge on his teammate.

The giant Springbok lock was playing against Italy in the group stages of the World Cup last year when this incident happened. His teammate and fellow World Cup winner Duane Vermeulen was spear tackled by an Italian prop.

Etzebeth was standing right in front of the players when it happened.

His reaction to the incident shocked many.

The 28-year-old is considered by many to be one of the most aggressive rugby players on the earth who never shies away from a fight, especially if his team is involved.

Etzebeth leads Retallick by just over 100 votes heading into the final hour! All Black fans stand up and be counted! #allblacks #nzrugby #sarugby #bokrugby #springboks

In the match between Italy and South African, the men in green ran riot, comfortably beating the Italian team. However this wasn’t the headline that caught everyone’s attention.

We were very surprised by the reaction of Etzebeth when one of his teammates was spear tackled right in front of his eyes. This is a man, let’s remember, who absolutely savaged Israel Folau for pulling the hair of his teammate Dillyn Leyds in 2016.

We think that deep down, he wanted to go in, full-throttle into Italian prop Lovotti for doing this, but he knew that would not look good at all given recent scenarios.

Etzebeth recently was caught up in controversy in South Africa after an alleged assault that he was supposedly involved in. During the World Cup the lock had to be careful to not get into any fights or scraps for fear of damaging his court case.  Could this explain the Eben Etzebeth reaction to this tackle?

This surprised us for sure when we saw it for the first time.

Are we wrong in thinking this?

Here is a clip of the spear tackle, keep an eye on Etzebeth, don’t you think this is very unlike him?