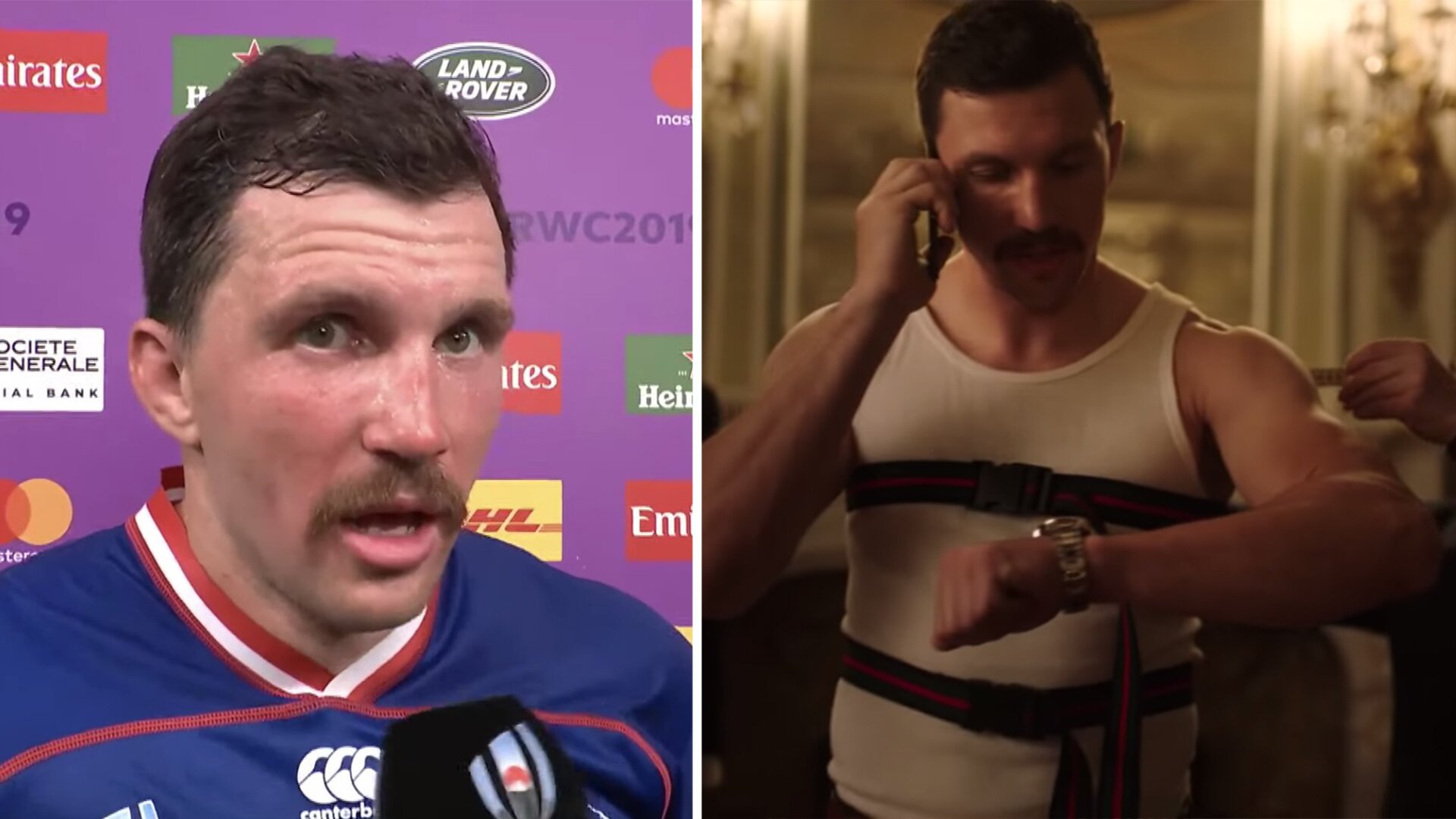 The former captain of the Russian rugby team, Vasily Artemyev, have just featured in one of the most epic car advertisements that we have seen.

Artemyev, who was captain of the Russian rugby team during the 2019 Rugby World Cup, became famous for his straight-talking performances and post-match performances during the tournament in Japan.

He became viral after fans were perplexed about his bizarre accent which sounded Irish despite the fact he was the captain of the Russian team.

In the interview, Vasily said that he was pleased with his team’s performance, and at the end, he encouraged everyone to get behind Russia at the tournament.

The Russian featured in an advertisement for Toyota in Russia.

We can only describe it as one of the most unbelievably ultra Macho videos that we have ever seen, showing the Russia rugby captain playing as a successful man that can do everything.

In the video, he appears to be out partying somewhere in Russia before sleeping with a woman and then heading to a secret dock to collect some expensive cargo.

Not really sure he would get away with that in other parts of Europe but they seem to love it there.

Here is the Toyota car ad that he features in!

If you thought Irish, you’d be right! The Russian captain went to school at Blackrock College in Ireland, one of the most prestigious rugby schools in the country. The likes of Brian O’Driscoll and others have attended the school so he is in good company. That would explain his Irish twang, and it makes for a brilliant interview for a captain who came across very well after a great performance against the hosts.

Russia played very well in the Rugby World Cup, we are glad he is landing gigs like this off the back of the success that he enjoyed at that tournament in Japan!