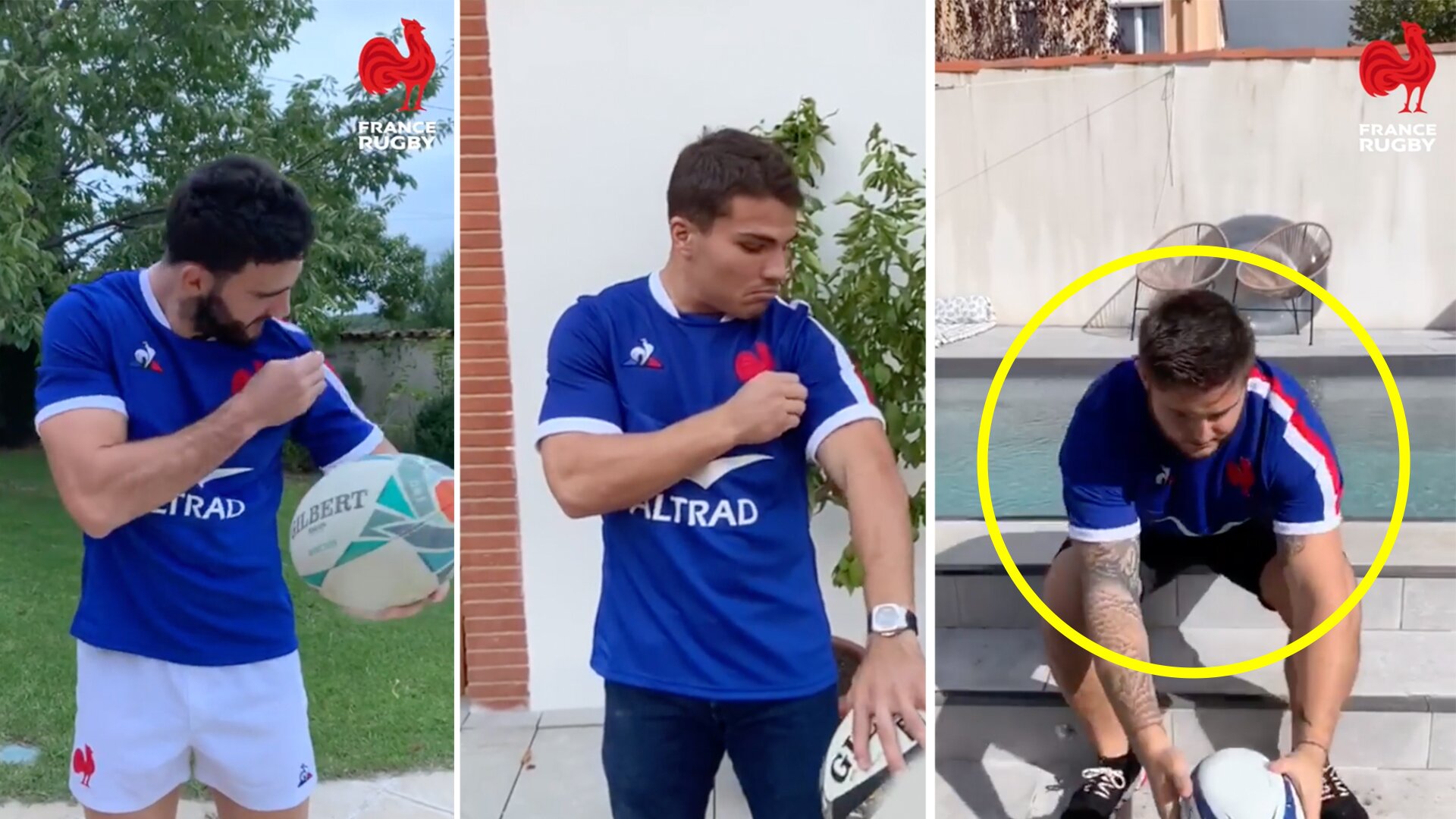 The French rugby team have just revealed their new rugby kit for the new season and it looks incredible. The team revealed their kit today and it truly is spectacular.

The French rugby team have always been known for their fancy kits and stylish designs, however, this has to be on the best that they have ever released.

The kit differs from previous outfits in many ways, with its bright blue colour and white and red sides.

This kit differed from previous ones because its shoulder on one side had the colours of the French flag. Players such as Antoine Dupont and Romain Ntamack were sporting the new kit in the video where they switch from their ordinary clothes to the new shirt.

The French rugby shirt is like having a school yard crush. You never admit to liking it. But secretly you do… #Rugby pic.twitter.com/HVJDdtL0rO

The new video highlighted just how nice the new kit is.

This year rugby teams and their kits have been a big talking point in the sporting world.

The Irish rugby team was surrounded with controversy when they decided to use models for their women’s kit release rather than actual players.

England rugby made waves by moving to Umbro, a sporting brand more closely associated with football in the 90s than rugby.

This kit appears to be the best of the bunch by far and we can’t wait to see this new French team hopefully dominate in it again!

France will play in this Autumn Nations Cup and go into it as one of the favourites!