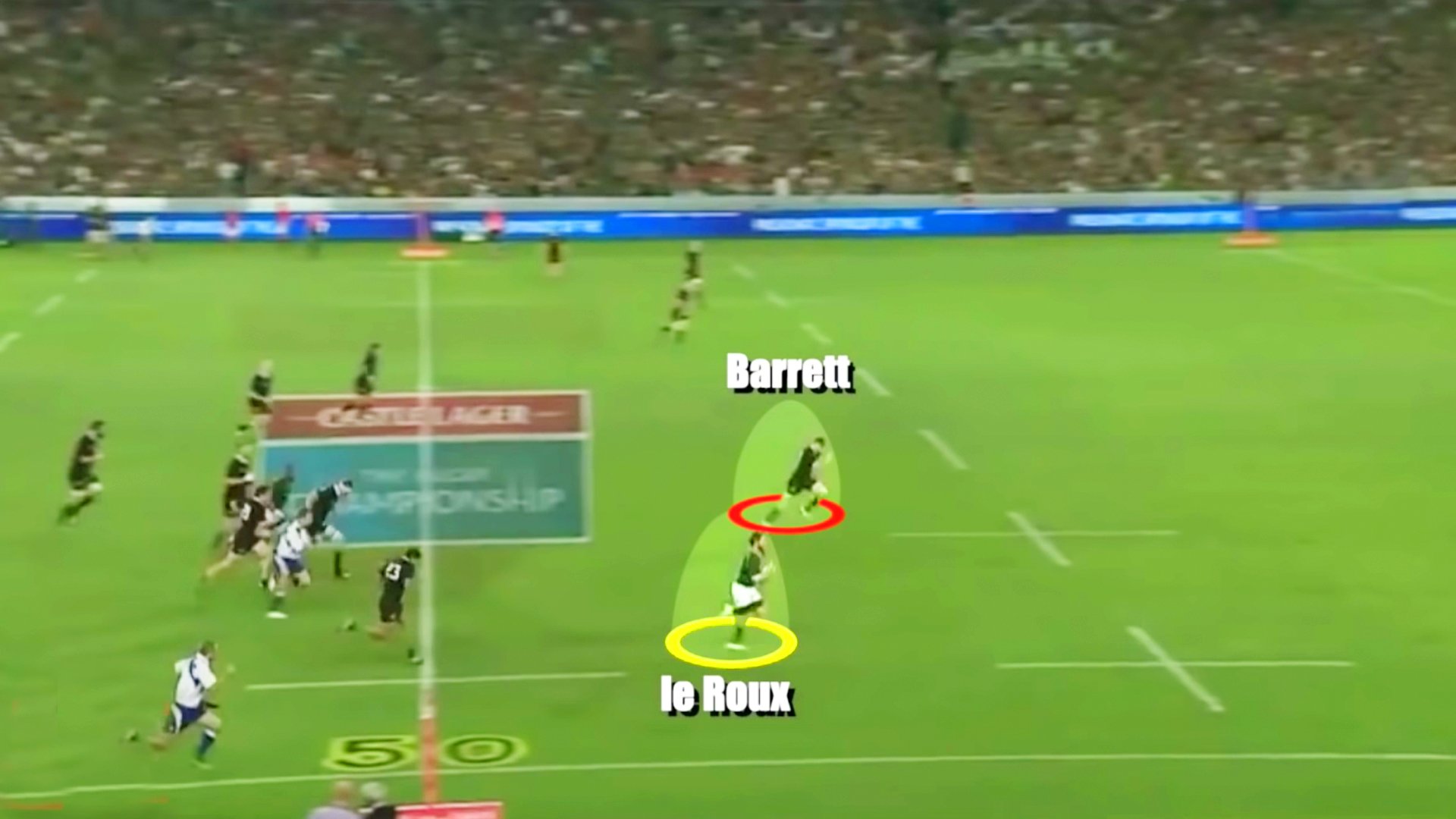 The Greatest Footraces in Rugby History

There’s nothing in rugby quite like seeing footraces between the fastest players on the planet.

The results are jaw-dropping.

This compilation includes some of the worlds best players including Bryan Habana, Beauden Barrett, Doug Howlett and Joe Rokocoko.

One of the best clips is Habana’s decisive second test try against the British and Irish Lions in 2009.

We watch as the former Bulls man puts his head down and explodes through a small chink in the Lions defence to fly through towards the line.

Another incredible clip is from back in 2002 in a matchup between England and New Zealand.

The Auckland Blues winger showed his electric turn of pace in one of his trademark footraces to the line against full-back Jason Robinson.

We see both players go hell for leather at full tilt, eating up the yards, only for the All Black winger to gallop over the line first.

This truly was an epic one on one sprint-off.

Springbok legend Bryan Habana continued his humanitarian work through his foundation by donating 400 face masks to pupils in Khayelitsha.https://t.co/i6BNMna5O5

The video is capped off with one of the best footraces I rugby history from Bryan Habana.

We watch as the Springbok flyer receives the ball deep in his own twenty-two with acres of space in front of him.

In an epic touchline sprint, the Toulon winger outpaces the whole Wallaby side in an incredible display of raw speed that helped cement his reputation as the fastest rugby player on the planet.

The Springbok winger also features on this video for being on the wrong end of a footrace.

Takudzwa Ngwenya’s famous 2007 Rugby World Cup try features on this video and goes down in history as one of the most deadly finishes at test match level.

Check out all of these incredible footraces in the video below