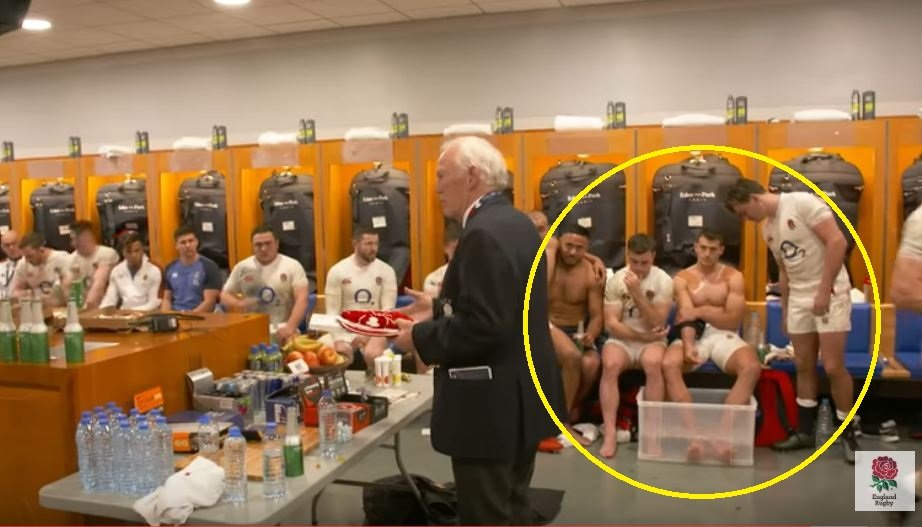 A scene of great and unyielding sadness. This dreadful, deep and probably life long sadness is exemplified by the treatment of Jonny May. May had run so fast against France that they had to put his feet in cold water. Madness, that a man can run that fast that his feet actually start heating up.

The irony, of course, is that the run up this match was such a happy time for England. They were so relaxed in the lead up that they decided to take an impromptu holiday to Portugal.

Some might think a holiday the week before a big game is a little relaxed, but we say they earned it after that great World Cup in Japan.

Both Manu Tuilagi and Anthony Watson will return to their clubs to continue their rehabilitation.

Meanwhile Wales have called former Wales U20 duo Dewi Lake (Ospreys) and Taine Basham (Dragons) into their 2020 Guinness Six Nations squad.
The pair have been training with the national squad in recent weeks and have now been formally called into the squad.
No players have been release.