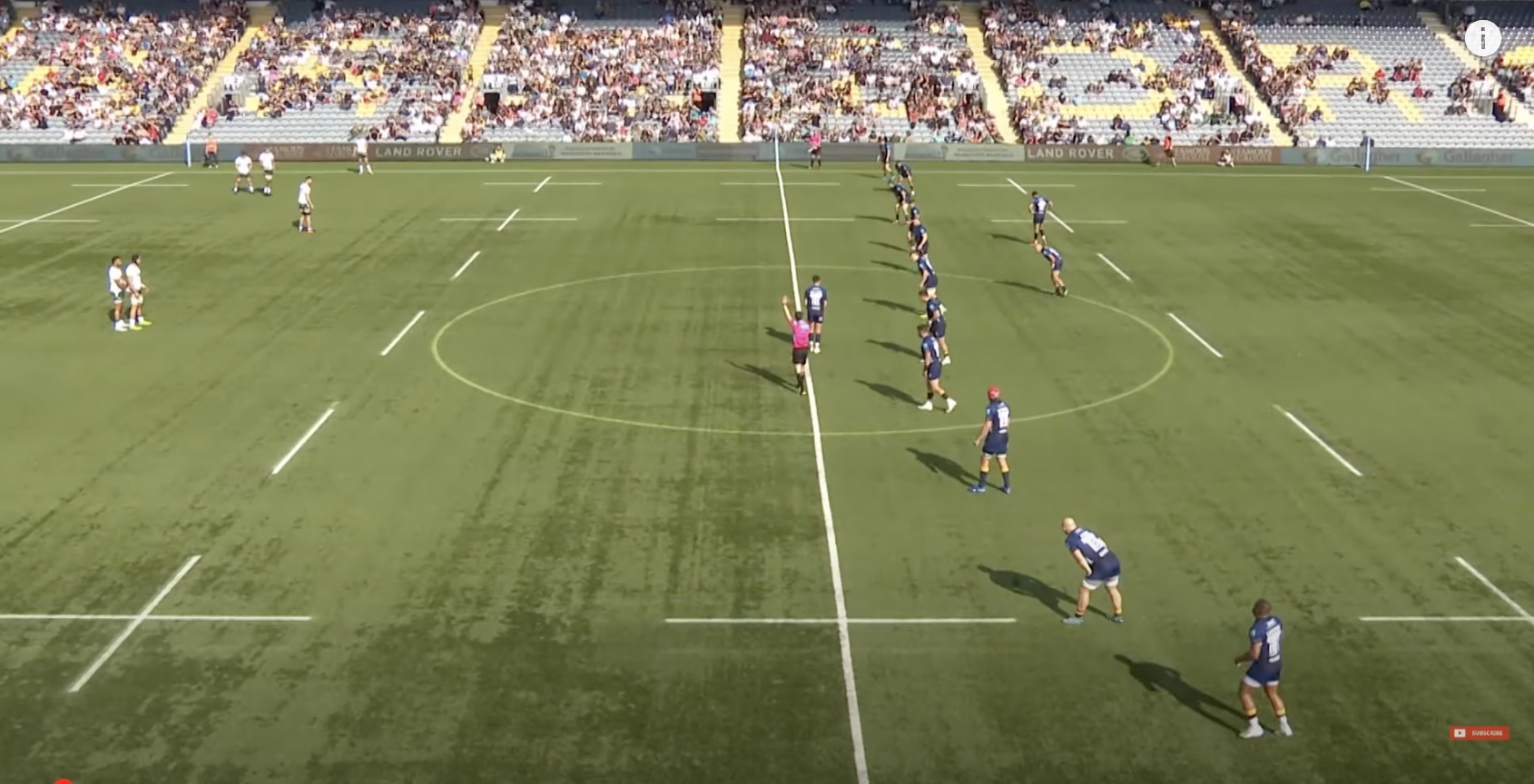 It has not been a good few days for 4G pitches as the debate around artificial surfaces came up again after the opening weekend new Gallagher Premiership season.

The debate was perhaps triggered by England and Harlequins loosehead Joe Marler, who simply Tweeted on Sunday following his side’s victory over Newcastle Falcons “Ban 4G pitches.” The Falcons’ Kingston Park ground is one of the four stadia in the Premiership that use an artificial surface, although they are not wholly popular. Marler’s Tweet has been liked by over 4,000 people already, including some of his England teammates such as Henry Slade.

But Marler was not the only person besmirching the surface this week, as London Irish hooker Agustin Creevy also shared some gruesome images of his teammate Curtis Rona receiving treatment after they faced Worcester Warriors on the Sixways’ 4G surface.

The Argentine shared a video on his Instagram story of the burns Rona picked up on his knees after facing the Warriors, to provide another reminder of the injuries players pick up. 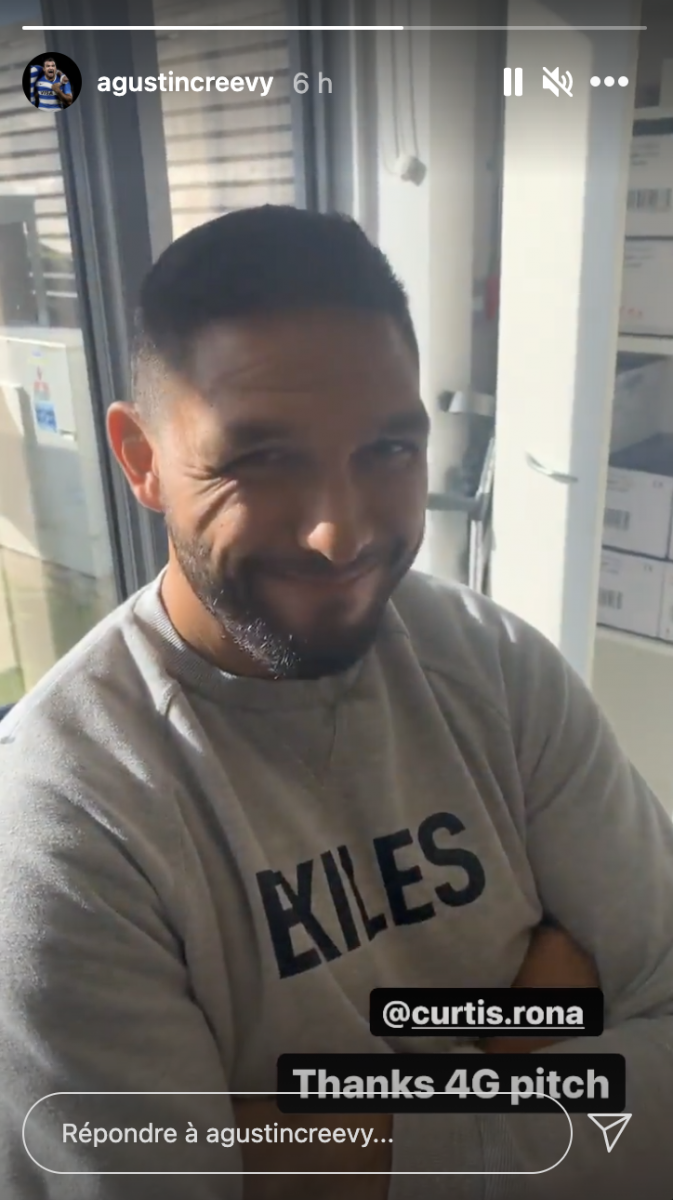 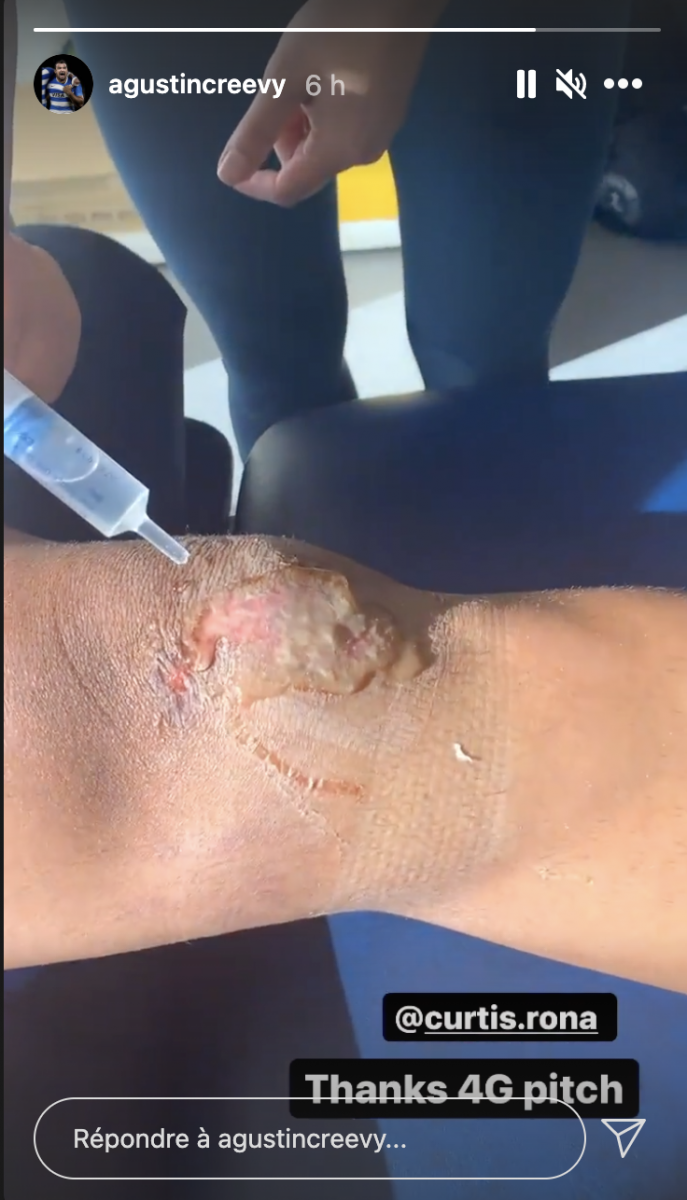 Rugby is by no means a safe sport when it is played on grass, but artificial surfaces have created an entirely new subdivision of injuries. Some players have picked up catastrophic injuries to knees and ankles from the surface, notably Jack Willis’ first ACL injury in 2018, but Rona’s is perhaps more common. It will not keep the Australian out of action, but it is equally not something players want to endure either.

Players are unlikely to ever be convinced by the merits of artificial pitches, and it seems there will always be a debate as to whether they are wanted in the game. London Irish players will be grateful that they are facing their next opponents Sale Sharks this Sunday on good old fashioned grass at the AJ Bell Stadium.