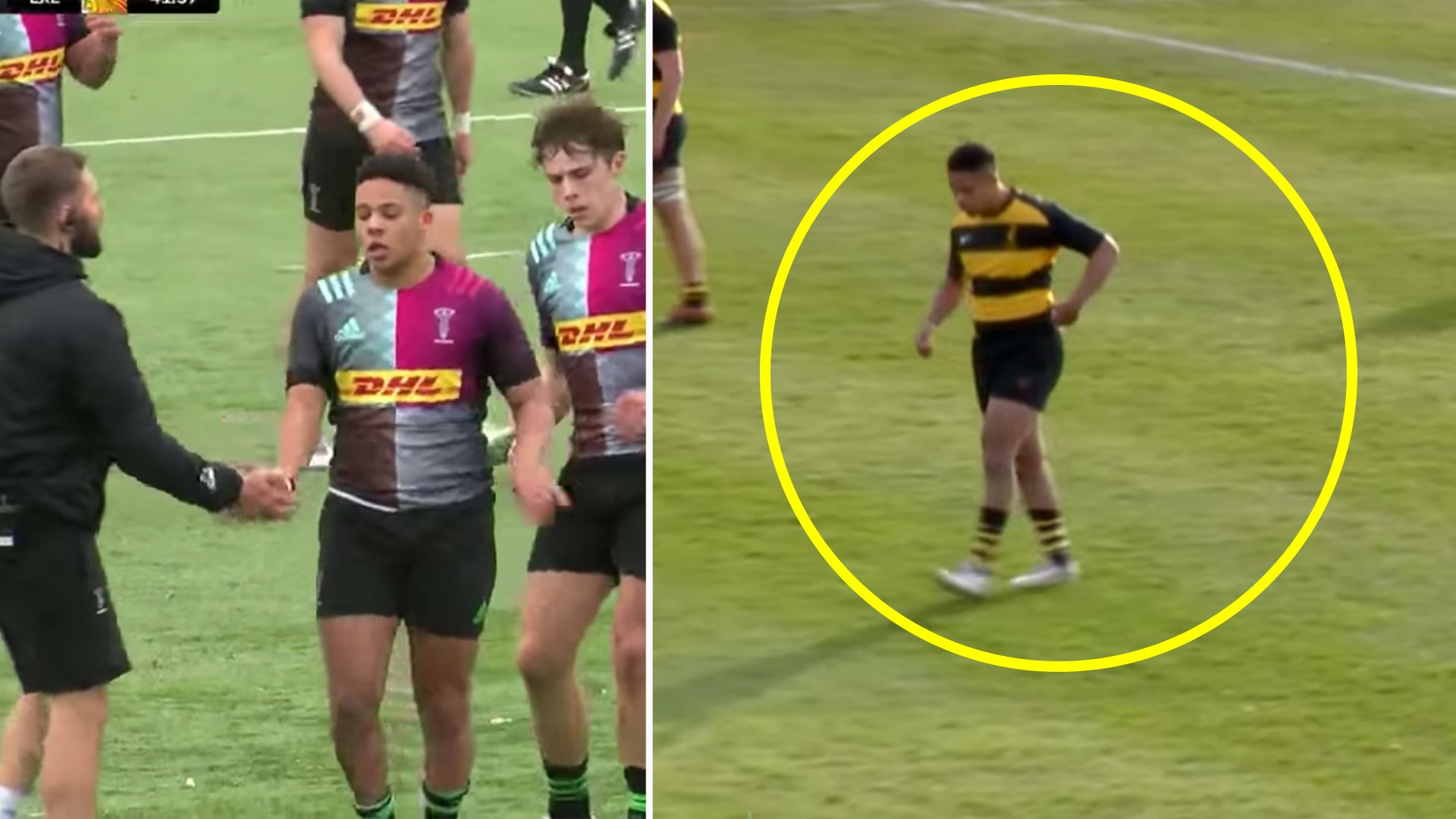 A 17-year-old Harlequins academy player is getting rave reviews online after a highlight reel dropped on him last week.

The Wellington College winger named Cassius Cleaves has been tearing it up for club and school this year and this highlight reel really does show just how dominant he has been.

The highlight reel is one of the most impressive videos that we have seen this year and it is astounding to see how much power he has off the ball.

The Harlequins player plays at Wellington College, which is one of the top rugby schools in England.

The video has received widespread applause from the rugby community who highly rate the speed and power of this young rugby player.

Mad to think that this player is only 17!

You rarely come across players with raw pace like this, and the ability to make space out of nowhere.

The teenager has received rave reviews online since the video has been dropped with fans saying he has the feet of Sinoti Sinoti and the speed of Jason Robinson.

One player who played against him this season commented under the video saying, ‘Doesn’t even do him justice on him, we couldn’t even get near him last year and we have a solid D he just finds and exploits the weakness and then it just opens up’.

Another fan of the player said, ‘As a 110kg loosehead this lad would give me nightmares.’ The youngster can be seen sidestepping everyone on this video.

One fan compared him to Anthony Watson with the way that he can make space out of nowhere!

‘Man has the ability to create running channels for himself when there are multiple defenders in front of him and he’s completely flat-footed/isolated on the wing. same exact ability as Anthony Watson.’ He is quality!