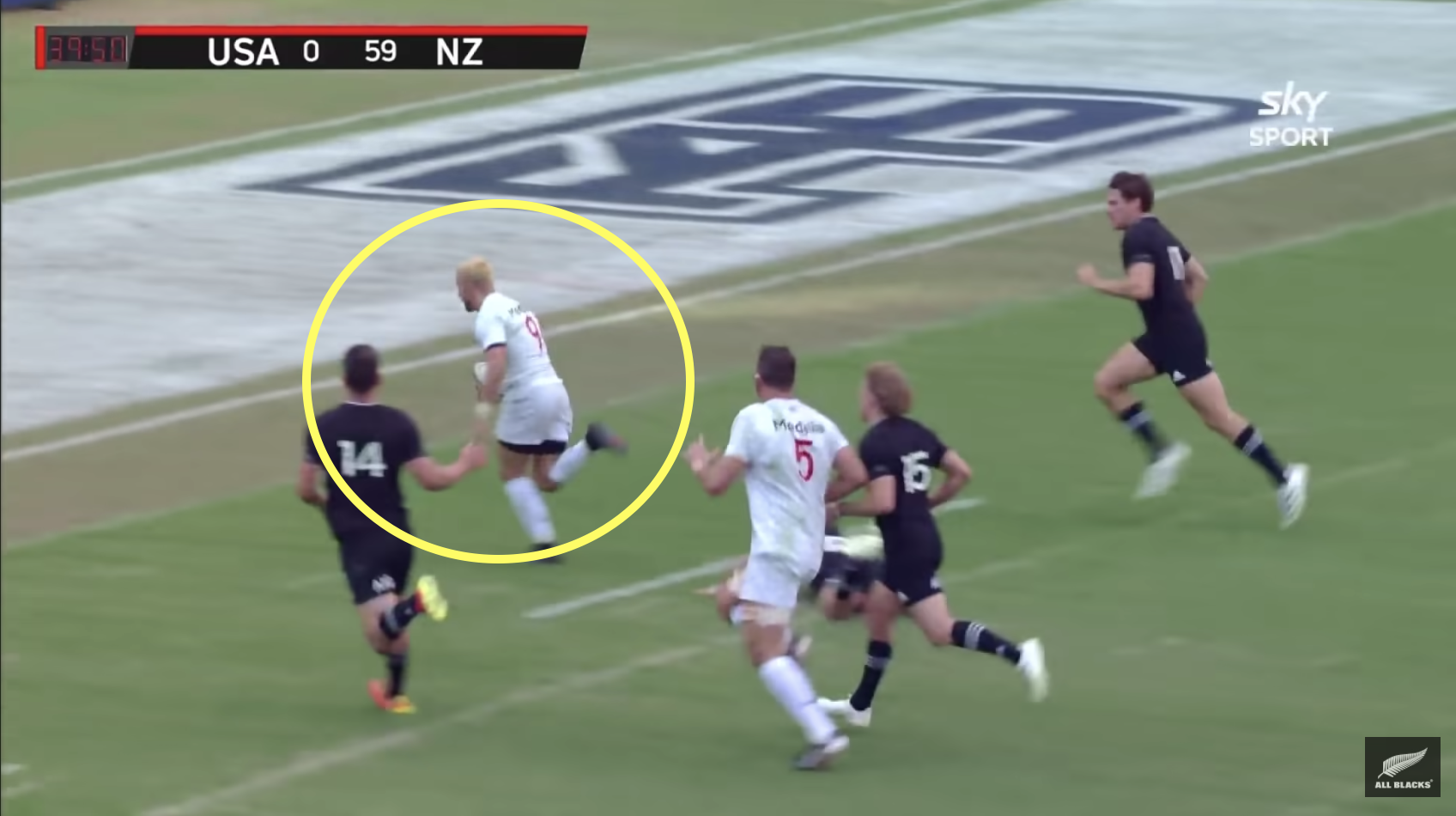 The All Blacks may have posted a staggering 16 tries against the United States on Saturday in Washington in their 104-14 win, but the hosts made history of their own.

The Eagles may have been staring at an alarming 59-0 scoreline going into the half time break, but scrum-half Nate Augspurger was able to ensure it was not a whitewash in the opening 40 minutes with a try. In doing so, he scored the USA’s first every try against the All Blacks, and this was a try that was worthy of such a historic moment.

Taking advantage of some very loose defending around the breakdown from Ian Foster’s side, Augspurger made a sniping break from just inside the All Blacks’ half. From there, he pulled off a step that left fullback Damian McKenzie scrambling and unable to lay a hand on him.

This clearly did not perturb the Rugby Championship winners, as it continued to be one-way traffic throughout the second half, but this was still an important moment in the fourth encounter between the two sides.

USA head coach Gary Gold commended his side for never giving up despite the one-sided scoreline. He said: “I just didn’t think our guys gave up and that’s all I could ask. I’ve been on teams where the scoreline wasn’t as dramatic as that and guys just put their heads down. Our guys carried on trying to hold onto the ball and play as much rugby as they possibly could.”

There is no rest for the All Blacks after this win, as they no head to Europe with fixtures against Wales, Italy, Ireland and France coming over the next four weekends. The finale against France is eagerly anticipated in view of the 2023 World Cup. Not only are France hosting the tournament in two year’s time, but they are set to face the All Blacks in the pool stages. A win for either side will be a hammer blow to their opponents with the global showcase fast approaching.