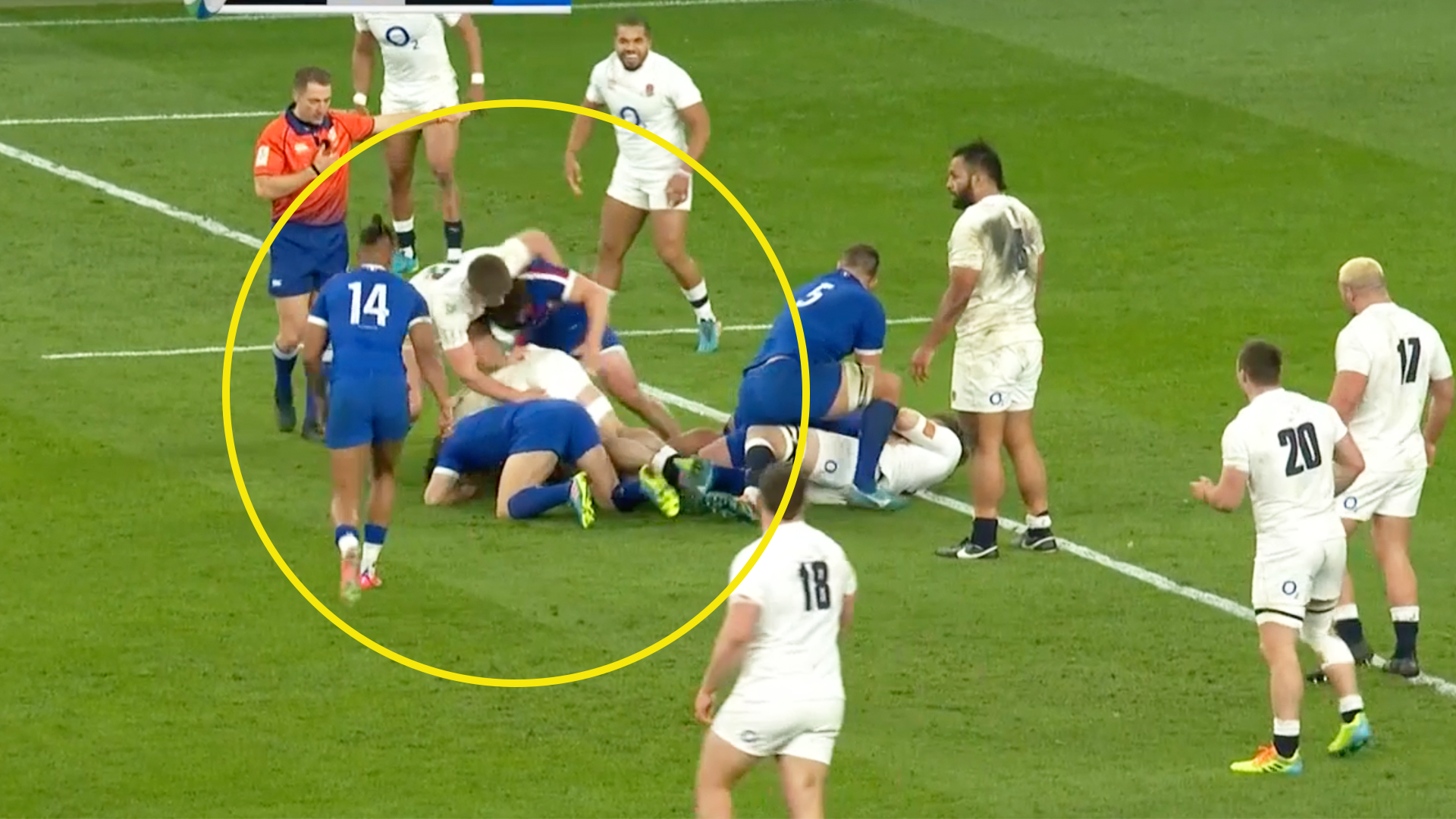 There was one shocking moment in Saturday’s Six Nations clash that everyone seemed to miss in the weekend’s game between England and France, featuring Owen Farrell.

The sickening moment came in the last minute of play as France fought to keep their Grand Slam dream alive.

A follower of Rugby Onslaught sent in a clip of this Owen Farrell moment and we have to say – we’re stunned.

The moment came in the 79th minute of play with the score standing at 23-20 to the hosts.

Moments earlier, Maro Itoje had crashed over for what would be the decisive score in the clash at Twickenham.

We see as the French launch one last desperate assault to snatch a victory. The English are camped in their half – defending valiantly – before an unexpected error from their talismanic scrum-half Antoine Dupont.

The ball rolls free as men from both sides scramble to recover the loose ball.

Then Owen Farrell gets involved.

watch the shocking Six Nations moment in the video below

Blatant elblow to the face of Owen Farrell on the weekend – he even pointed it out to Brace. Was the TMO having the day off? pic.twitter.com/TSJY1hIcay

We see as Owen Farrell goes in to try and regain the loose ball before being dragged to the ground by a French player.

The English skipper lies on his back as the play goes on – not before having the elbow Camille Chat dropped directly into his face.

The French prop gets to his feet and we can clearly see the Saracens man pointing to the referee to point out the moment of foul play – but Andrew Brace does nothing.

The TMO didn’t look back on the incident, you have to question whether that would have been the case had it not been the final play of the match.

Here was some of the reaction of the minority of fans on social media who spotted the moment of foul play on Owen Farrell.

Anyone else see elbow drop on Farrell at last ruck when he was holding, won’t be surprised to see a citing

Irrelevant in the end but is that a red card for the elbow to the face on Farrell on the floor? pic.twitter.com/t6B6xoQ0YJ