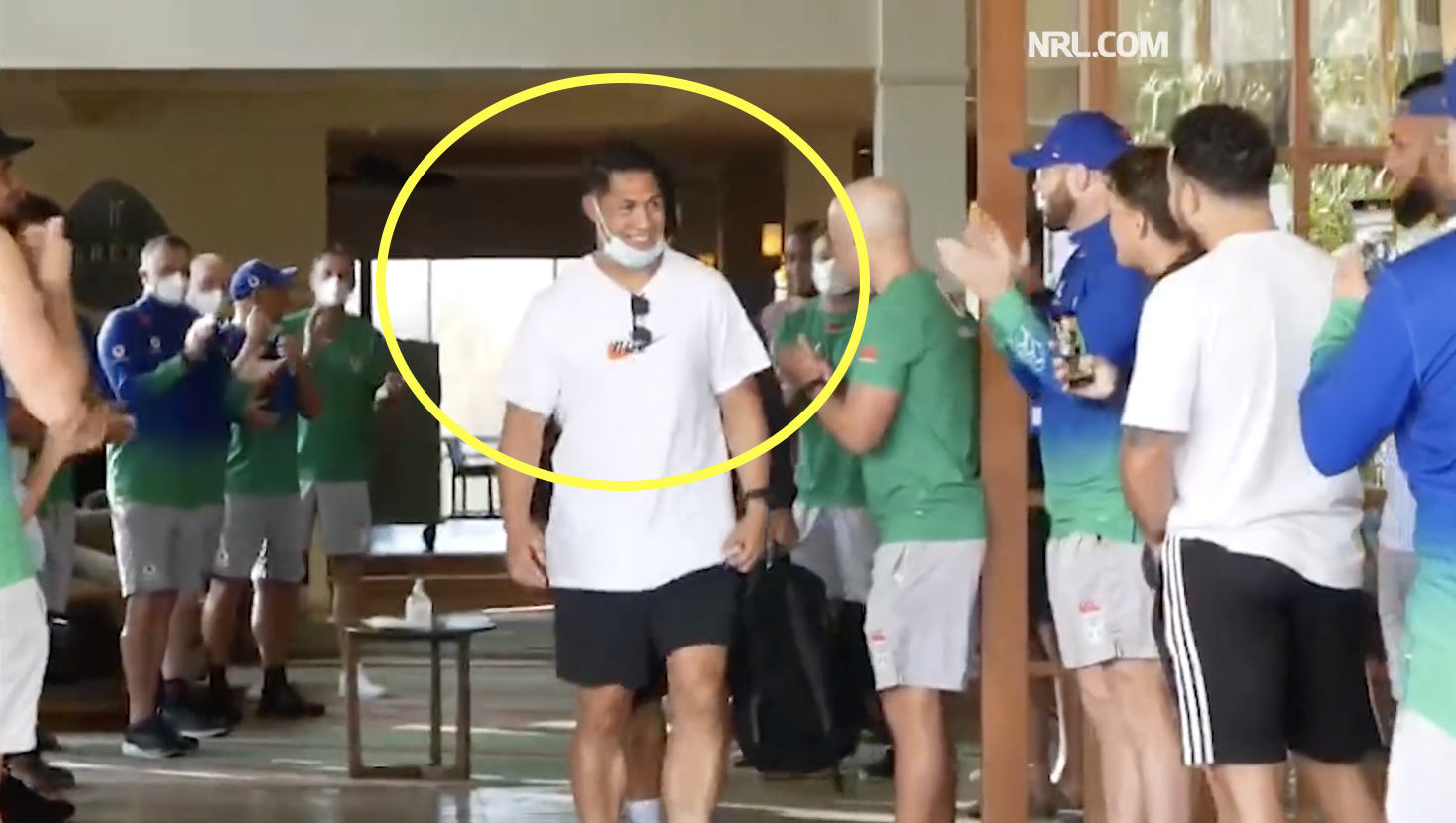 The impressive send-off for the next Sonny Bill Williams

Incoming Auckland signing Roger Tuivasa-Sheck received an impressive send-off from New Zealand players and staff from across the NRL ahead of his code switch this week.

The 28-year-old ended his contract with the New Zealand Warriors in rugby league early in order to allow him to play in the upcoming National Provincial Championship this season before his Blues debut in Super Rugby next year. From there, he is widely tipped to compete for an All Blacks spot in 2022.

Ahead of his return to New Zealand before the trans-Tasman travel bubble is paused, Tuivasa-Sheck received a heroes send-off with dozens of teammates and associates performing Ka Mate.

After playing over 100 games for the Warriors, this is a clear sign of how much he is valued in league, and a promising sign for All Blacks fans that are hoping he makes a successful transition between codes. Many hope he lives up to the hype that he could be the next Sonny Bill Williams in terms of the success he has in both union and league, and he is giving himself the best chance of achieving that by playing in the NPC season.