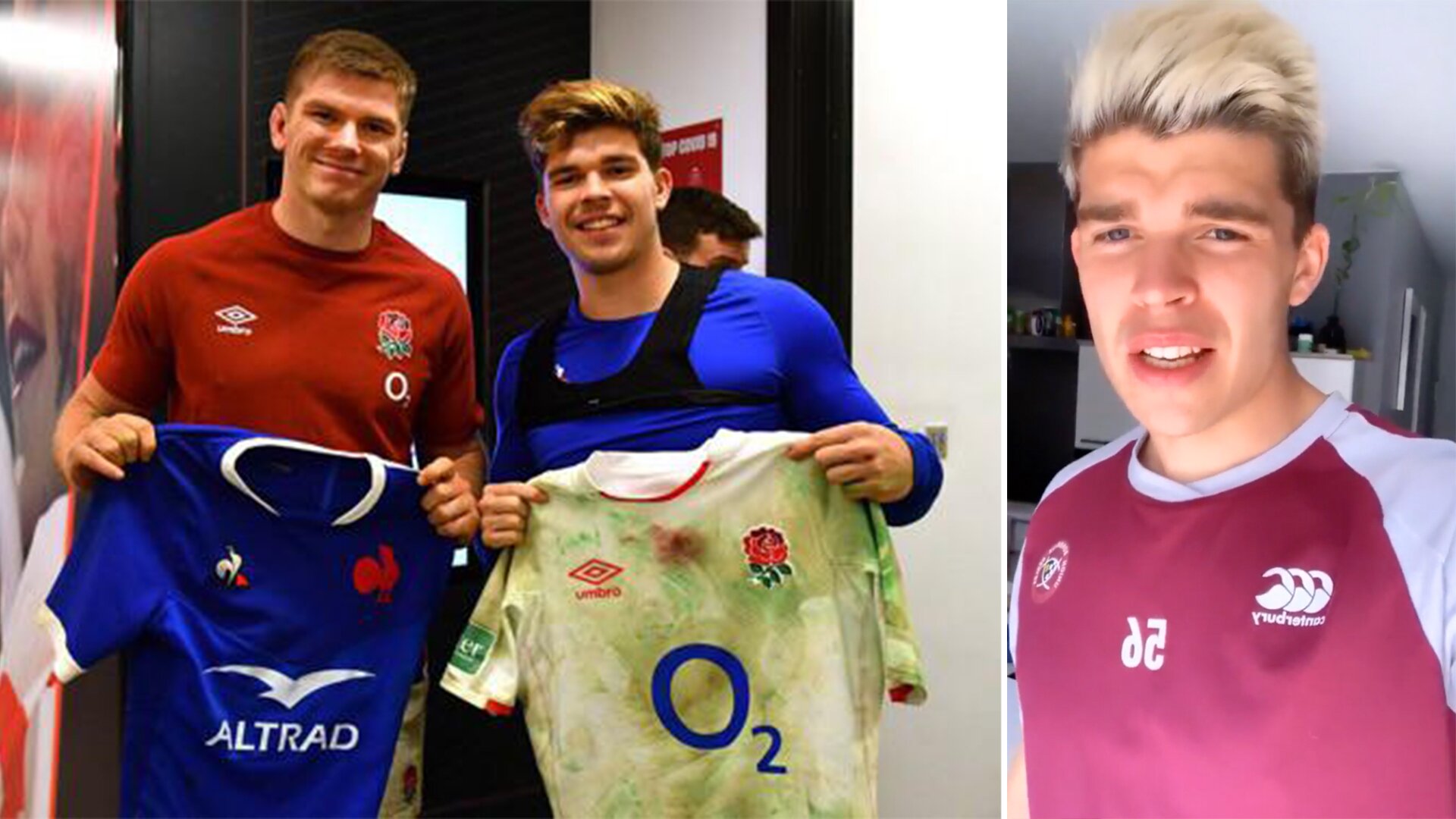 This weekend Owen Farrell faced young 22-year-old Frenchman Matthieu Jalibert in a clash in the Autumn Nations Cup final. The photo the pair shared after the game has serious significance.

A third-string French side put in a sensational performance this weekend in the Autumn Nations Cup against England to bring the match to extra time.

The men in blue did not have what was needed to win the match in the dying moments, but they reminded the world about how good this French team has become in 2020.

One player who played particularly well was Matthieu Jalibert, a young fly-half who is just 22-years-old from Bordeaux Begles.

He faced up against Owen Farrell on Sunday and in many ways came off the better player.

After the game, a photo circled around the internet showing the pair in the tunnel after they had shared shirts. The photo has a particularly good resonance when you understand the meaning behind the photo!

Owen Farrell and Matthieu Jalbiert swap shirts after the match 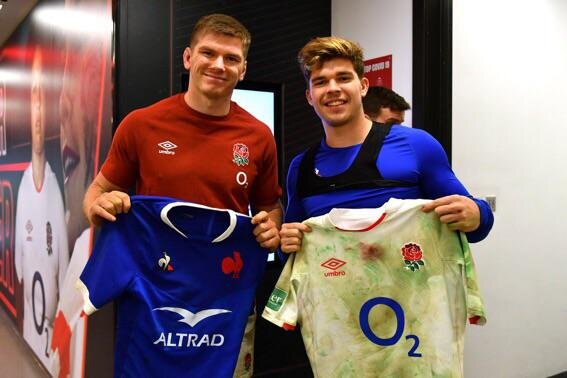 It turns out that there is actually a strong significance in this photo.

The young Frenchman has idolised Owen Farrell since a very young age. Old interviews with him show that he studied and analysed games in which he played in periodically.

In interviews, he has said that Farrell is someone that he ‘ardently follows’.

‘I love watching him play as he is a super elegant player, his defence is also brilliant which is a real plus at country level’.

Jalibert’s liking of Farrell has gone so far that he has even named his dog ‘Owen’ after him.

The 29-year-old English rugby player certainly has his detractors in the rugby world. But it goes a long way in showing how respected he is when other top stars idolise him like this.

The Frenchman with one of his dogs that he named after the England star.