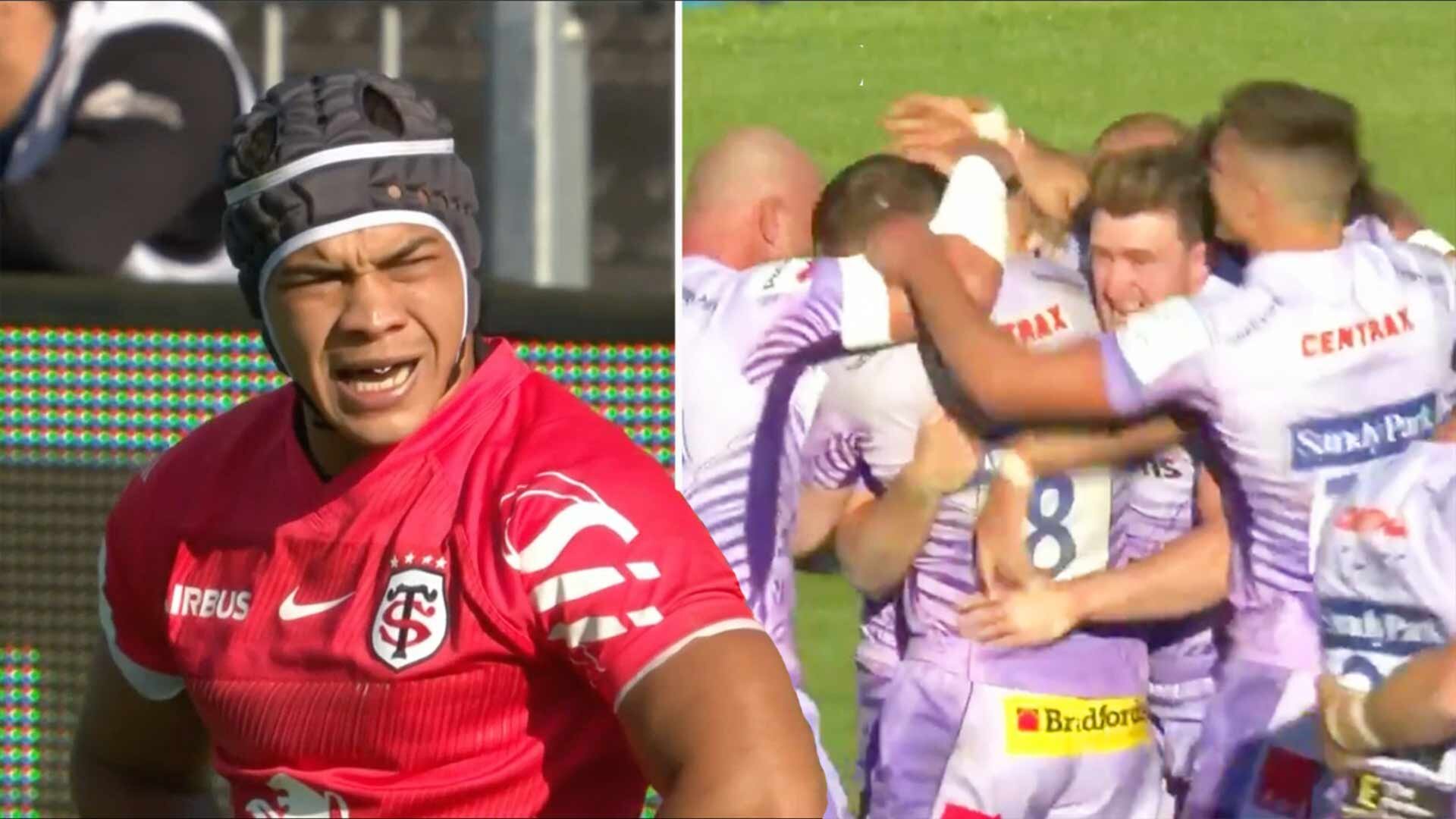 Exeter Chiefs put on a defensive masterclass to subdue Cheslin Kolbe. A new video highlights just how the team managed to hold out the Springbok superstar.

Exeter put in one of the performances of a lifetime to strangle the life out of a sensational Toulouse team who were set on making their first Champions Cup final in years.

Exeter Chiefs went into this match as slight underdogs with Toulouse boosting stars such as Dupont, Kaino and, of course, Kolbe.

Fans were quick to notice just how good Kolbe’s defence was.

The way Exeter are defending Cheslin Kolbe reminds me how people behaved when you opened a pack of gum at school.

50 Kolbe takes Maunder’s box kick and Chiefs swarm all over him. Penalty for Chiefs

Lineout midway in Stade half
14-11#EXEvTOU

That is some defence Exeter, fair play https://t.co/cjwItQAA0K

A video has been made by CroseyCompsRugby who makes brilliant highlights online, looks at the South African winger in this match.

He was as dangerous as ever on the ball, however, you can see how Exeter went into this game with a clear goal to swamp the superstar.

Jack Nowell is one of the best defensive winger in rugby and it was on display for all to see in yesterday’s clash.

The Exeter defence made it their mission to subdue Cheslin Kolbe. Kolbe, was as always dangerous in this match, however, it was a brilliant defensive effort which kept this superstar out of the match.