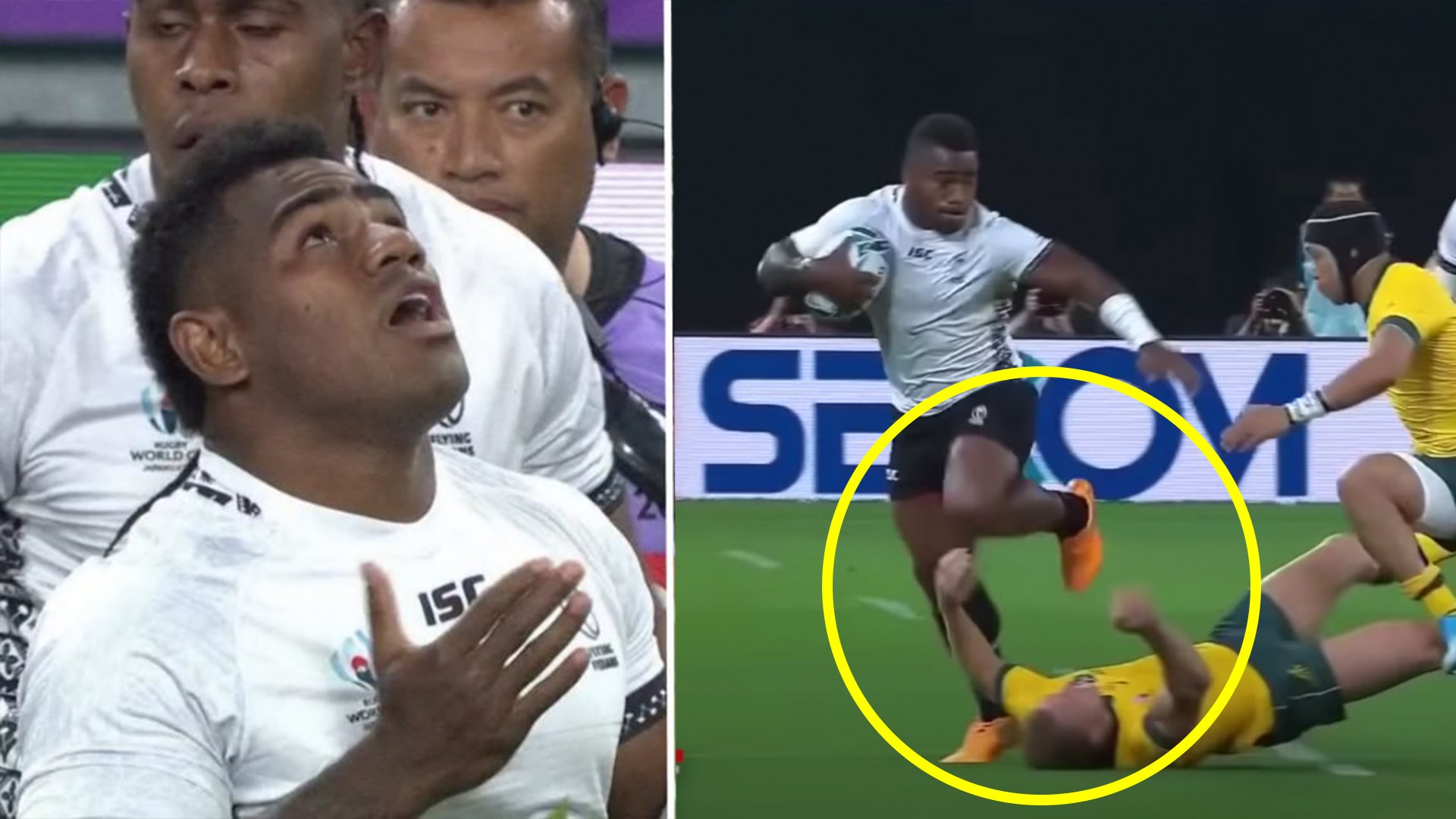 For anybody who knows who Josua Tuisova is, you will know that he is without a doubt one of the hardest hitting players that has ever played rugby. The Josua Tusiva ‘Taking Names’ video that has just dropped is incredible.

A video dropped this week called Josua Tuisova ‘Taking Names’ and it highlights how many people that the Fijian rugby star has physically dominated in the sport.

Tuisova plays as a winger for Fiji and previously for Toulon and now Lyon.

He is known for his devastating bumps that he makes on players in matches.

Some of the hits that he makes are bone-crunching to say the least!

This video is insane! Josua Tuisova is a beast!

This sparked negative headlines, with RugbyPass suggesting the election had turned murky because the confirmation that Keen was an executive committee candidate was at odds with chairman Bill Beaumont’s re-election manifesto which promised a wide-ranging governance review look at the “purpose, role, remit and membership of exco, council, general assembly and committees”.

Kean, who was convicted of manslaughter after killing a man in 2006, served just three months of an 18-month sentence after the assault which happened at the wedding of one of Prime Minister’s Frank Bainimarama’s daughters a month after Bainimarama seized power in a military coup. Tuisova ‘Taking Names’ is insane.