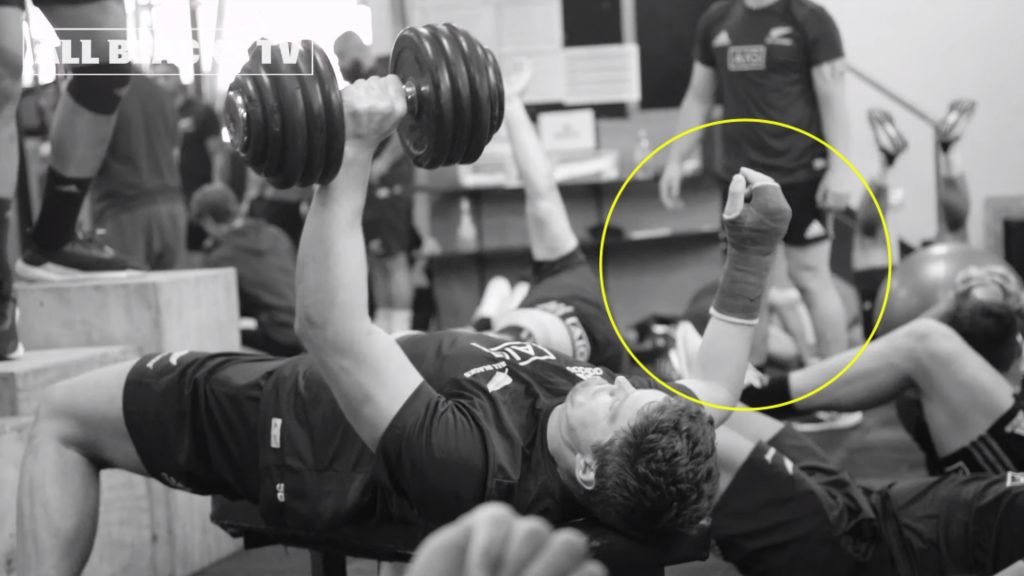 The latest All Blacks gym session is actually very impressive

No, we’re not suffering from heat stroke. We’re actually VERY impressed by this gym release that the All Blacks have put out in the run up to their massive clash against the Boks.

This kind of video is pretty standard of the All Blacks as they regularly post gym videos. But in this one there’s something actually different. In recent videos the players have all looked pretty relaxed, almost like they know the game is won before it’s started. But here you can tell they know that the Springboks are going to be a serious challenge.

This is a gym video we can get behind. Bonus content of Barrett dumbell pressing with a cast on!

In other news: Springboks captain on “massive test” All Blacks will be

Duane Vermeulen will captain the Springboks for the first time on Saturday when they take on the All Blacks in Wellington in what will also be his first match against the New Zealanders since the epic 2015 Rugby World Cup semi-final in England.

The big South African No 8 has been entrusted with the captaincy duties for this encounter in the absence of regular Springbok captain Siya Kolisi, who is recovering from a knee injury.

Saturday’s crunch Castle Lager Rugby Championship Test between the two arch rivals kicks off at 19h35 (09h35 SA time) and will be televised live on SuperSport1.

“Only a few players had the honour of captaining the Springboks in the history of our game, so it is an unbelievable honour for me,” Vermeulen replied when he was asked to describe the feeling of leading the Springboks for the first time.

“There’s a bit of emotion, but it’s controlled emotion.” Almost the same emotion we saw in the All Blacks’ gym session.

The captaincy role is of course not new for the very experienced Vermeulen, who has led the Cape Town-based DHL Stormers on many occasions in Vodacom Super Rugby, before successful stints in the French and Japanese leagues.

When he was asked to describe his style of captaincy, Vermeulen replied: “The people who know me will tell you that I just love to play, and that I am not one for big speeches.

“I think I lead by example, and from that point of view it’s the way I like to play the game.

“My role in the team still stays the same and we have a big leadership group, which is good for the team. On match days there’s a couple of us who talk on the field,” said Vermeulen, who also mentioned that Kolisi contacted him on Friday morning to wish him and the team good luck for Saturday.

It will be two much-changed squads that will play against each other on Saturday in Wellington, after both coaches decided to make wholesale changes by bringing back a big group of players that were not involved in the opening round of the Castle Lager Rugby Championship.

“Both teams are looking forward to this game,” said Vermeulen.

“We both maybe tried out a few combinations last week to see who some of the guys are that will be putting up their hands for Rugby World Cup selection.

“I think tomorrow will be a massive game with both sides ready to have a good go at each other.”

Test match fever has gripped both countries, who are eagerly awaiting the clash between the two rivals. A capacity crowd of 35,600 will watch the match in the New Zealand capital.