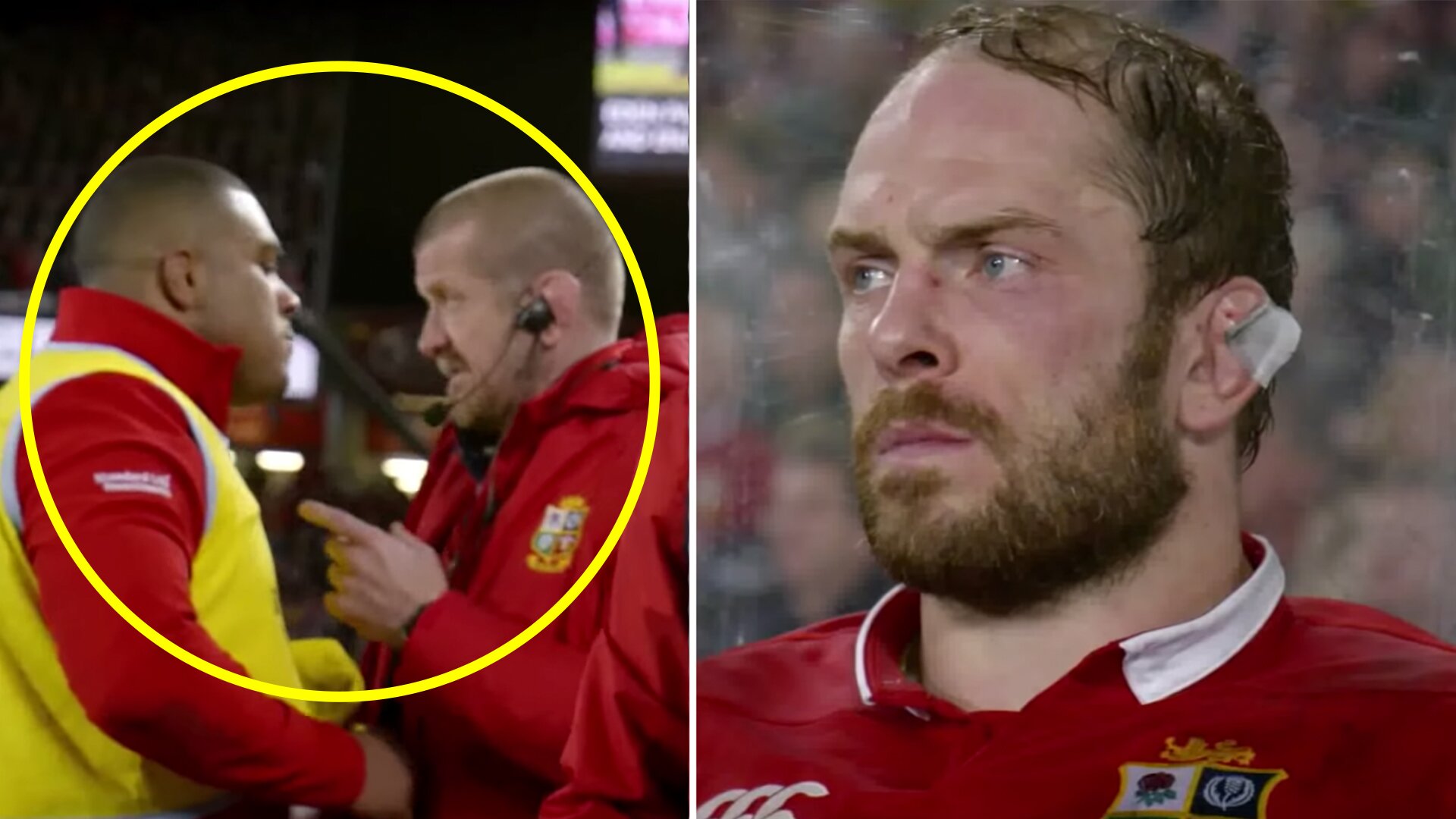 The British & Irish Lions social media team have just released an incredibly revealing clip of an interaction between Kyle Sinckler and forwards coach Graham Rowntree. The clip says a massive amount about what Sinckler was like during the Lions tour.

As excitement builds for the 2021 Lions Your to South Africa, the British and Irish team have started sharing some incredible behind the scenes clips which reveal exactly what some sides of the tour were like.

Just this morning the Lions released the video on their social media channels called, “The Third Test | Lions Uncovered | New Zealand 2017”. The video shows some previously unseen footage of the third Lions Test in 2017 against New Zealand.

The Lions social media team has been releasing some brilliant content online recently.

A classic moment from @George_North 🤩

The video which was released this morning shows an incredible clip from the third test where the forwards coach for the Lions, Graham Rowntree has to warn Kyle Sinckler that he will be mentally targeted by the opposition before he comes onto the pitch.

Kyle Sinckler in his early career for notorious for being a hothead on and off the ball. In the second test, he almost lost them the win after an outburst at the end of the match.

The clip from that moment can be viewed below.

It was clear the All Blacks team were very aware the Bristol Bears prop was a hothead.

In the clip below Rowntree can be seen looking directly in the 27-year-old’s eyes before saying, “You don’t react to anything, they’re going to come for you”.

The former Harlequins man can be seen smirking when Rowntree says this.

In recent interviews Sinckler has said that he liked the label that he had as a bad boy in his early days playing rugby and this is evident in this revealing clip that we can view below.

Here is the incredible clip that shows the interesting exchange between Rowntree and Sinckler!