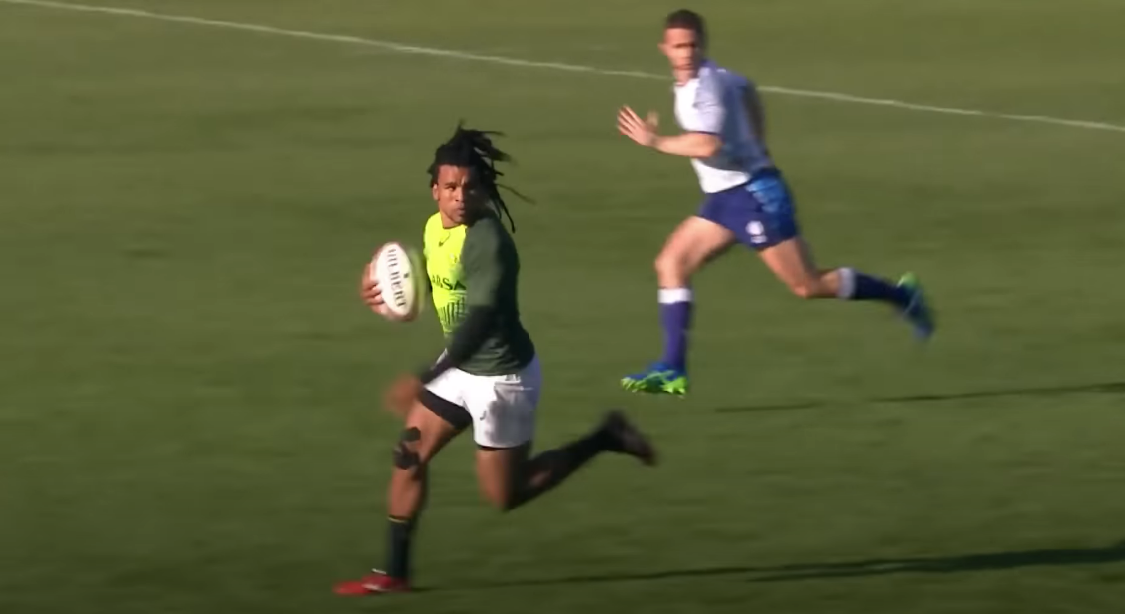 WATCH: The man to replace Kolbe for the desperate Springboks against Georgia

Jacques Nienaber has named the first team of his tenure as South Africa head coach that will take on Georgia this Friday. The team contains two new caps in the starting XV, with both wingers making their debut.

The Sharks’ 23-year-old winger Aphelele Fassi starts on the left while the Cheetahs’ 32-year-old flyer Rosko Specman wears No14. Though 32 is an unusual age to make a debut, Specman boasts a long and distinguished career in sevens, where he won multiple World Rugby Sevens Series titles with the Blitzboks.

With Cheslin Kolbe still unable to play this week after winning the Top 14 with Toulouse last weekend, and Makazole Mapimpi not up for selection after coming into close contact with players who had tested positive with Covid, this is an opportunity for fringe players to impress before the British and Irish Lions series. It may be hard to replace the two World Cup winning wingers, but Specman has an impressive resumé and will be keen to impress in a Springboks side that are bound to be rusty.

World Rugby provided a highlights reel on social media on Tuesday after his selection was announced to provide a glimpse of what fans can expect from Specman this year: