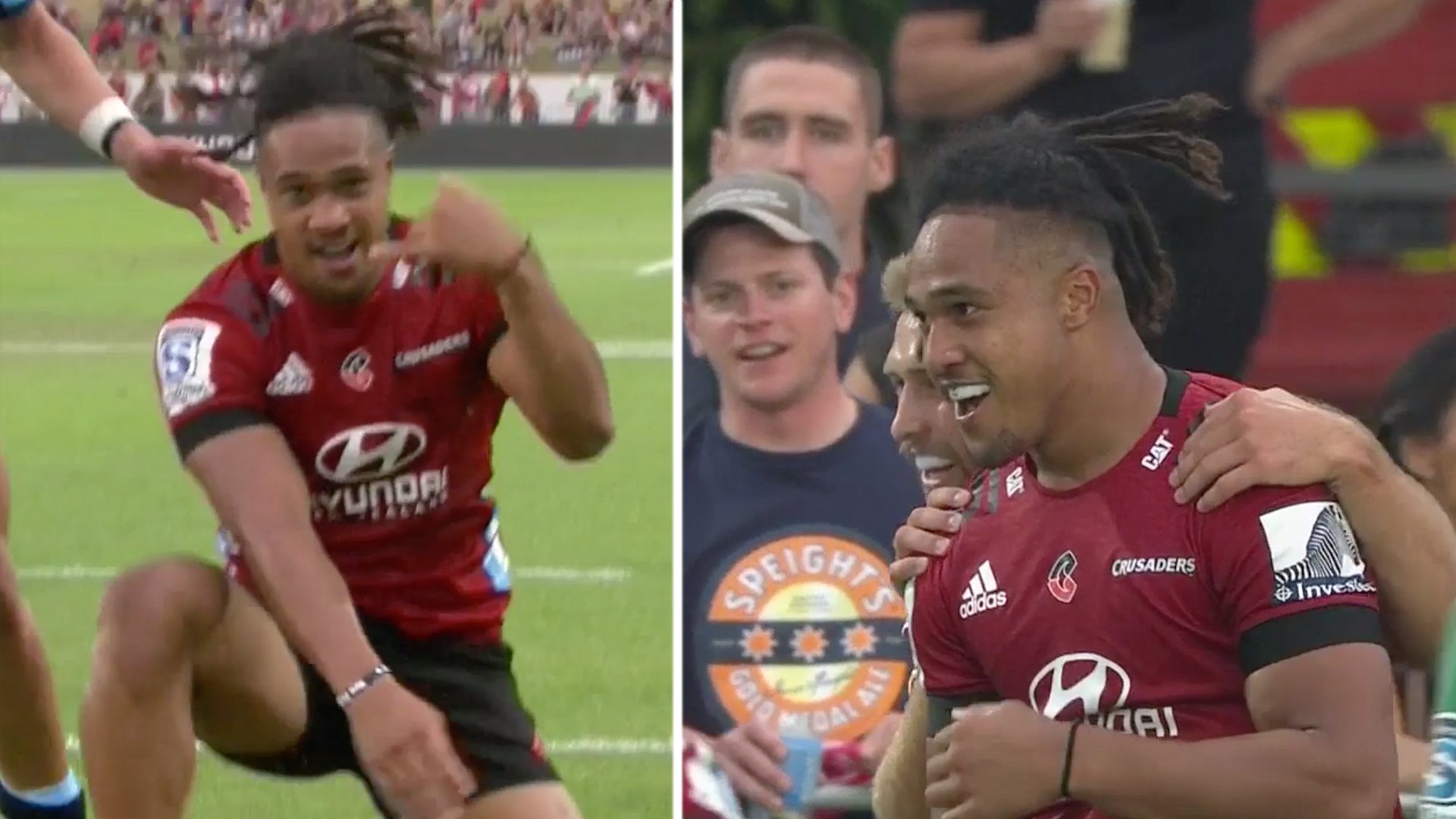 The All Blacks may very well have found their next big star after 105kg winger Leicester Fanga’anuka arrived on the scene. The massive winger was sensational for the Canterbury team this weekend after scoring a sensational.

At just 20-years-of age, this young man looks like he could be special.

In his sensational try for the Crusaders, he managed to easily fend of Michael Hooper on the way to his try. Not many people can do that to Michael Hooper.

A video was released this week explaining why his try was so good, and why he could be in contention for a New Zealand starting spot.

Here is the video explaining why this man is so good. This kind of attnetion to detail that Fanga’anuka uses to score his try is something you would see from an All Black.

The question arises as to whether he could beat Blues winger Rieko Ioane to a spot in the starting All Blacks team.

Ioane played only five tests last year, including two at the World Cup in Japan – the pool match against Namibia and bronze playoff against Wales.

His recent performance didn’t reflect either rustiness or fatigue. In fact, in losing two or three kilograms over the off season, Ioane looked as focused as he ever has for the Blues as he attempts to win his All Black spot back.

His brace of tries required immense power along with the speed which normally gets him across the line – he has scored 24 tries in his 29 tests – but the demands the modern game makes on top players these days dictate New Zealand Rugby’s protocol of what it describes as “load management” following the offseason.

It will be interesting to see how the battle goes between these two players for the 11 shirt for New Zealand. They’re both great players.