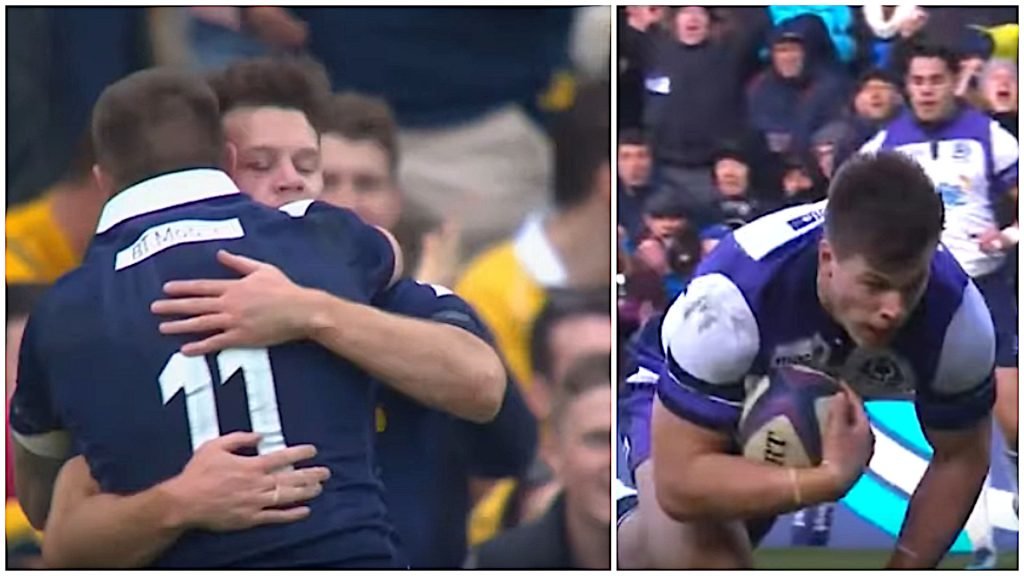 The midfield partnership Scotland rugby have been waiting for is here

Scotland’s contest with France this weekend in Nice sees a centre partnership that fans have been waiting for for a long time.

Gregor Townsend has named Duncan Taylor and Huw Jones as his centres, as the two will line up alongside each other for the first time for their country, and many on social media have expressed their excitement at this prospect.

The powerful Saracens centre was a surprise call-up to Townsend’s World Cup training squad in May, after he missed all of last season after rupturing his ACL and PCL in September 2018. That came after another torrid year with injuries, where he barely played for Saracens either.

Taylor now has not represented Scotland in over two years, earning his last cap against Fiji in June 2017. However, he was looked upon favourably by Vern Cotter and now Townsend, which is why he made the squad despite so little game time. Also, his versatility could prove useful, as he can also play on the wing.

Meanwhile, Jones will be making his Scotland comeback after missing the second half of the Six Nations with a knee injury. While he made his debut in 2016, injuries to either player have prevented them from taking the field alongside one another, meaning this Saturday will be the realisation of a partnership that many Scotland fans have wanted for a long time.

The power of Taylor could complement Jones’ elusive running style, as they could pose a huge attacking threat to France at the weekend. They have four matches, (two against France and two against Georgia) to prove that this is a partnership that Townsend can use at the World Cup.
This is what has been said:

Great to see Duncan Taylor back

Townsend has opted for a fairly experimental side for this weekend, choosing to rest the likes of Finn Russell, Sean Maitland, Tommy Seymour and Hamish Watson, while also calling upon Stuart Hogg and John Barcaly, who also returns after a long international absence.

However, it is not only the return of Taylor that has interested many, but the new centre pairing.