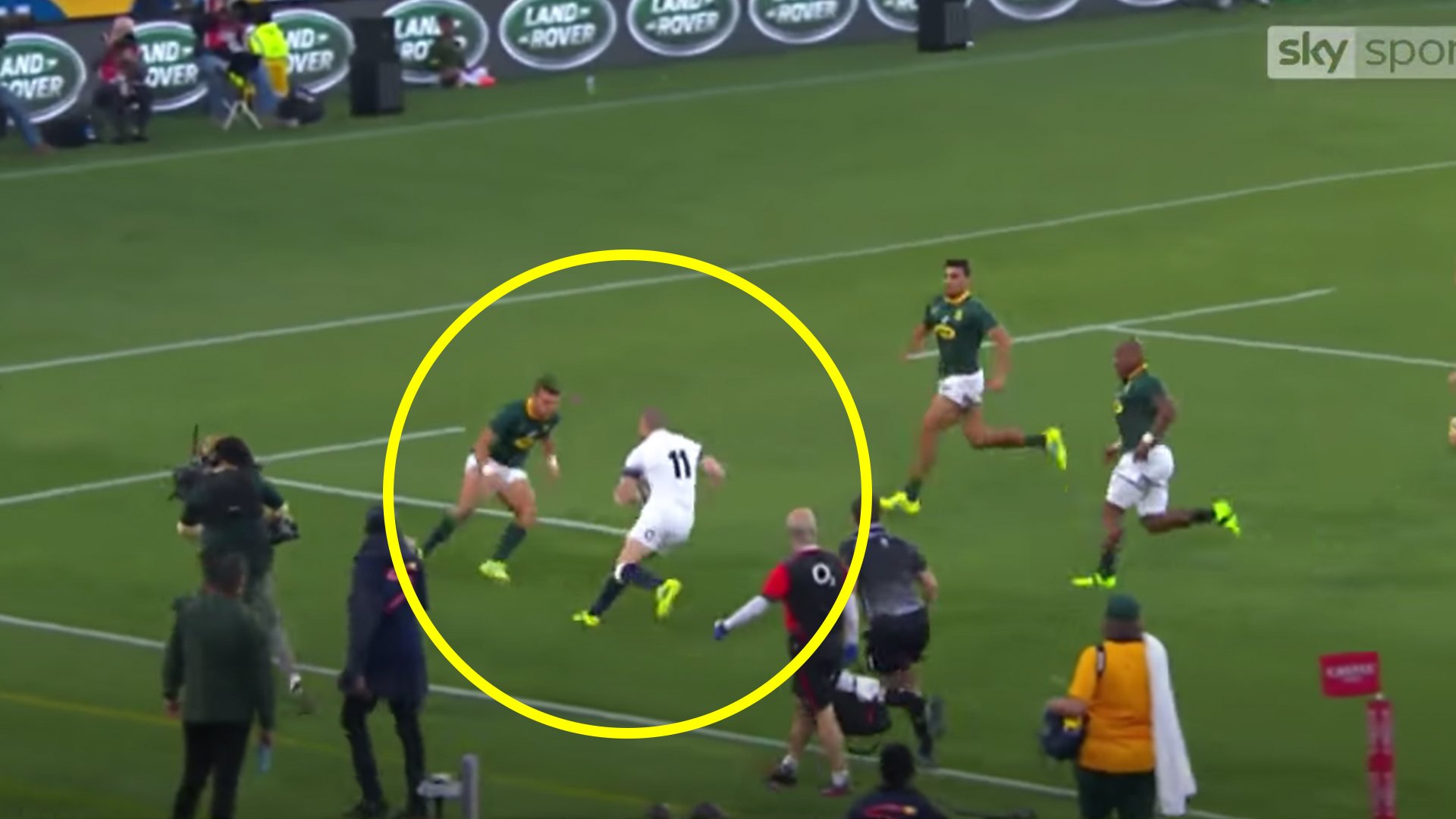 When rugby fans think of violation in a Springboks England match, they will point me to Cheslin Kolbe’s step on Owen Farrell in the 2019 World Cup final. I, an intellectual, will point them to this Mike Brown violation of Handre Pollard.

Footage has been spotted by an Onslaught fan, pointing out the moment when former England full back Mike Brown, ended Handre Pollard in the summer series in 2018.

Many rugby fans will show us this clip of Kolbe stepping Farrell, thinking this is the peak…

Kolbe stepping Farrell & the Fatties for his try is a thing of beauty. pic.twitter.com/T5R24CsnKZ

But we are afraid that this clip of Brown ending Pollard will always be the #1 clip for us.

It was at the start of the first test between the sides in Johannesburg, with England starting strongly against the men in green. South Africa would go on to stage an incredible comeback in this match, coming back from 25 points down.

Here is the savagery in all it’s glory.

In other news lids…

Harlequins fullback Mike Brown has provided an update on his progress in returning to rugby after knee surgery last year.

The 34-year-old shared with his followers on Instagram videos of himself running and squatting in the gym almost six months after going under the knife.

It is still a while before the 72-cap England international is expected to return to rugby, as this season was initially written off for him.

Brown is one of the players who has not been affected by this suspension of rugby as a result of the COVID-19 pandemic.

However, while he was not expected to play again until next season, with no clarity as to when the Gallagher Premiership will return, he could even make his comeback this campaign if it is elongated.

Although the chances of that are rather slim, the Premiership and Guinness Pro14 are still shrouded in uncertainty.

With 327 appearances to his name, no player has played for Quins more than the fullback, and he has shown no signs of relenting in his pursuit of adding more games to his haul.