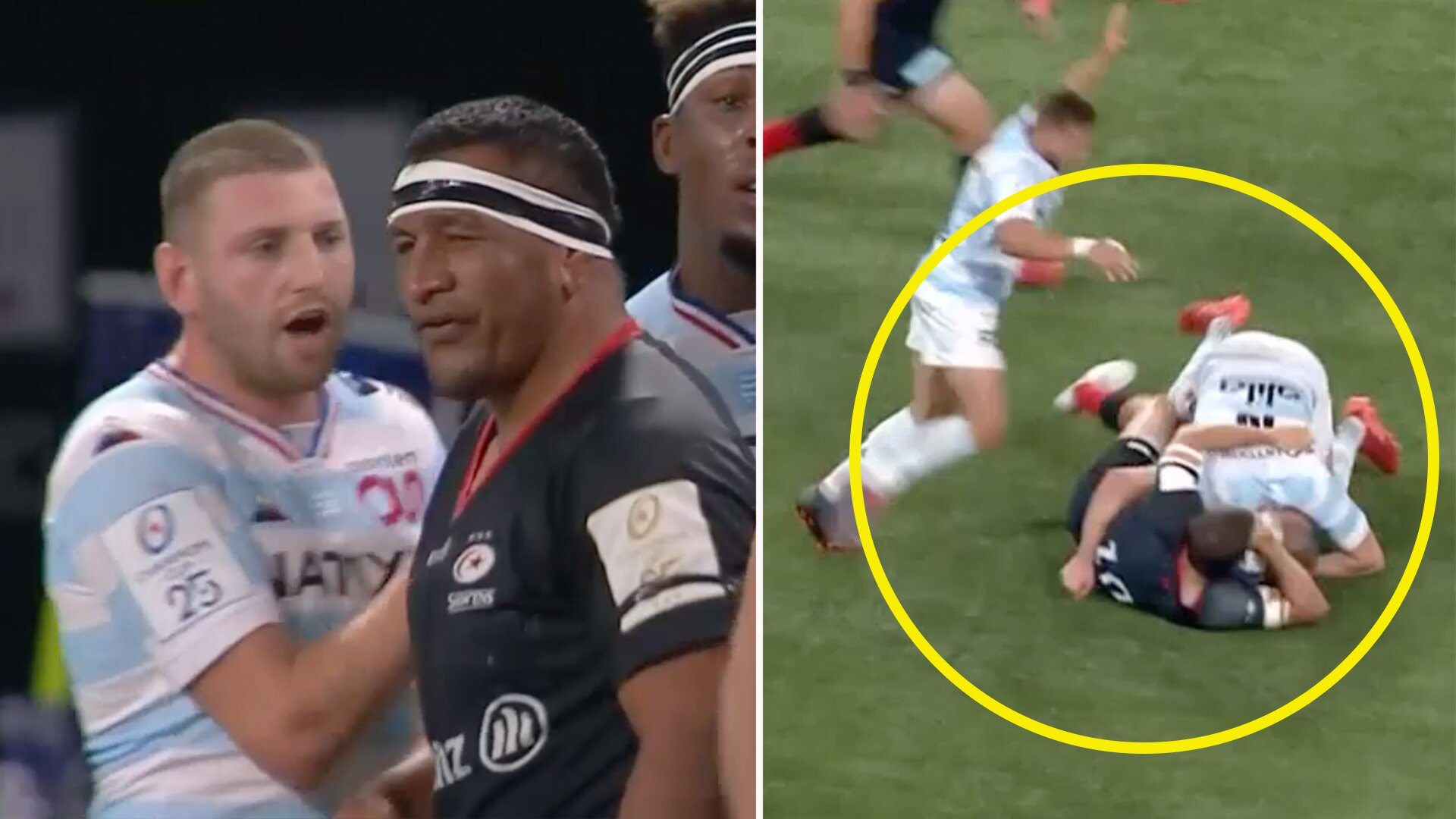 Finn Russell was mesmeric for Racing 92 this weekend as he helped the Parisian side to a European final against Exeter Chiefs.

The Scotsman has received rave reviews from fans around the Rugby World with his attacking prowess. However, it wasn’t his attacking abilities which amazed us today.

It was his defence.

Fans were raving about the trickery from Russell yesterday as he put in a cheeky dink in the final few moments of the match the help the French team achieve their place in the final.

It just had to be special from Finn Russell 🧙‍♂️ #R92vSAR pic.twitter.com/AquODnMRKP

Many rugby fans for months have claimed that the Racing player should be starting for the Lions in 2021 because of his attacking prowess.

However, many fans have also cited that he does not have the defensive skills that are needed to take on the likes of the Springboks on their home turf.

The clips that we are about to show you prove otherwise.

Late in the first half, we see Finn Russell put in a thumping hit on the Saracens 10 Alex Goode.

Here is the side view of the monumental hit!

This angle is impressive, however it is the side angle of the hit that is truly special.

Many fans have said that this is the reason why he would not be suitable for the men in red. After seeing this, would you still agree with that?

And more defence! My word, he isn’t just all flair! pic.twitter.com/M1RHSQR1HV

If anything, this proves to us at the good people of Rugby Onslaught that Warren should be inking his name into the team already, he has already proved that he more than capable for a spot in this team.