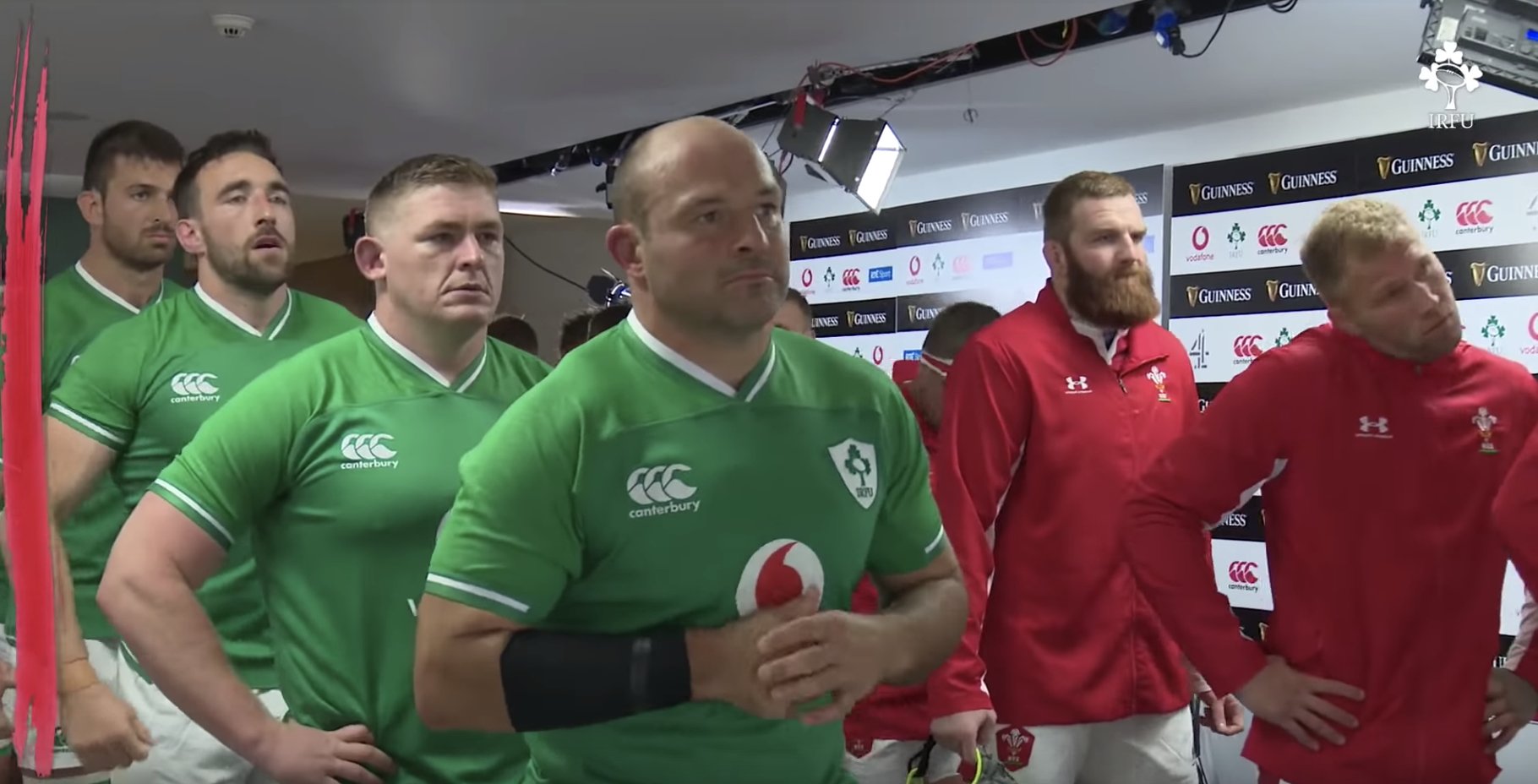 The moment Rory Best walked out of his last home game

Rory Best enjoyed one of the best send-offs that he could have wished for yesterday as Ireland ran out 19-10 win over rivals Wales.

It was an emotional day for Irish legend and captain Rory Best who played his final game for Ireland at home before they fly off to Japan this Wednesday. Best has over 100 caps for the men in green and it was clear to see how emotional this was for him.

Look at the emotion from Best just as he was about to walk out yesterday, enough to give you goosebumps!

What a moment. There is even more emotion from the 37-year-old during the national anthems which can be seen just after this clip.

Best had a strong game for Ireland, and most importantly the team didn’t suffer any major injuries as they head to Japan as the Number 1 team in the World.

In other news: Cheetahs grind out Currie Cup win in SA

Toyota Free State Cheetahs coach Franco Smith was a delighted man after his team survived a strong second-half fightback from the Xerox Golden Lions – in front of a passionate crowd of close to 39,000 fans – for a 31-28 victory and their first Currie Cup title since 2016 in Bloemfontein on Saturday evening.

It was a proper cat fight with both teams trying hard to stamp their authority from the outset with powerful bursts up-field and big tackles on defence.

“It is always an excellent feeling to win the Currie Cup,” said Smith.

“This is the flagship tournament in South African rugby, and I hope it stays that way. #CurrieCupReloaded was a fantastic initiative this season, and it was great that the tournament was so competitive. It is a real privilege to finish as the champions.

“We started building again last year after several players left, and there is currently a dream at the union to win the Currie Cup and Guinness PRO14 in one season. The players worked very hard for this and all credit to them.”

Of the Cheetahs’ performance in the final, Smith said: “It was an excellent first half, but we ended up fighting to stay in the game. But I am very proud of the guys for hanging in for the win.”

The Free Staters set the tone for their performance in the final of the Currie Cup Premier Division – sponsored by DirectAxis Financial Services – with a fast and furious first half, scoring four tries to one by the Xerox Golden Lions, while experienced Springbok scrumhalf Ruan Pienaar kept the scoreboard ticking with four conversions and a penalty goal, which handed them a commanding 31-7 lead.

Joseph Dweba (hooker) earned the first points of the match in the 11th minute with a try from a strong rolling maul after some hard running by both sides, but this was cancelled out three minutes later by former Junior Springbok centre Wandisile Simelane, who cut through the defence, with the successful conversion levelling the scores.

That, however, proved to be the visitors only points of the half, as mistakes at crucial times combined with the hosts’ solid defence denied them from adding to their score.

The Toyota Free State Cheetahs, in turn, stepped up their attack and found their rhythm and the rewards followed with William Small-Smith (winger) and Clayton Blommetjies (fullback) scoring tries within five minutes of one another thanks to enterprising play.

The hosts again showed their intent from the opening exchanges of the second half, with a try being denied, but this was followed by several minutes of tightly-fought play between the sides.

Such was the competitiveness of the second half no points were scored in the first 30 minutes, as both teams came close to the tryline but were shut out by the committed defence.