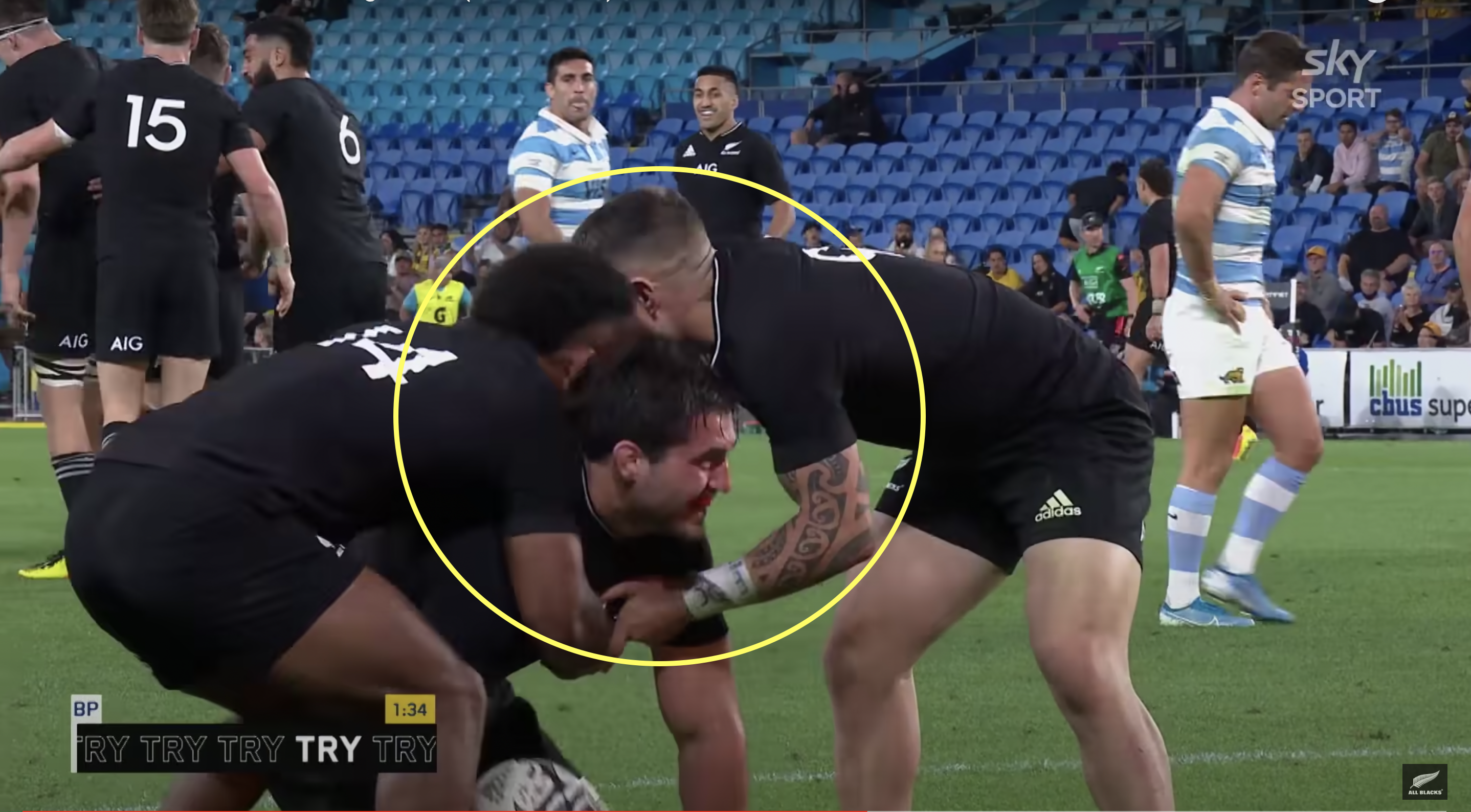 The moment the All Blacks new they would smash Argentina

Almost every match has a turning point, where viewers can look back and see where the game changed, was won or was lost. However, that moment rarely every comes in the first eight seconds of the match.

But the All Blacks laid down an almighty marker in the first collision of the match against Argentina on the Gold Coast on Sunday, which would have made the Pumas know they were in for a long afternoon.

Former captain Pablo Matera was on the receiving end of Nepo Laulala’s shoulder in the opening exchange of the match and it set the tone for the All Blacks’ performance, as they went on to win 39-0. The flanker typifies the physical nature of the Pumas pack and style, so this tackle was a microcosm of the entire match, as the All Blacks stood up and overcame the physical Test from Mario Ledesma’s side.

As far as tackles go, this is a perfect situation for the 116kg prop as he not only had a 30 metre run-up, but his winger Sevu Reece had grabbed hold of Matera to slow him down, which effectively left an enormous bullseye on his chest.

The All Blacks were aware of what a monstrous, and match-defining, hit this was, and duly shared it on social media.

Laulala’s Super Rugby outfit The Blues also got in on the action and provided a better angle of the hit:

Matera survived and went on to play the entire match, minus the ten minutes that he was yellow carded. He even commented on the All Blacks’ Instagram post, writing “I hope mom didn’t watch the game.” 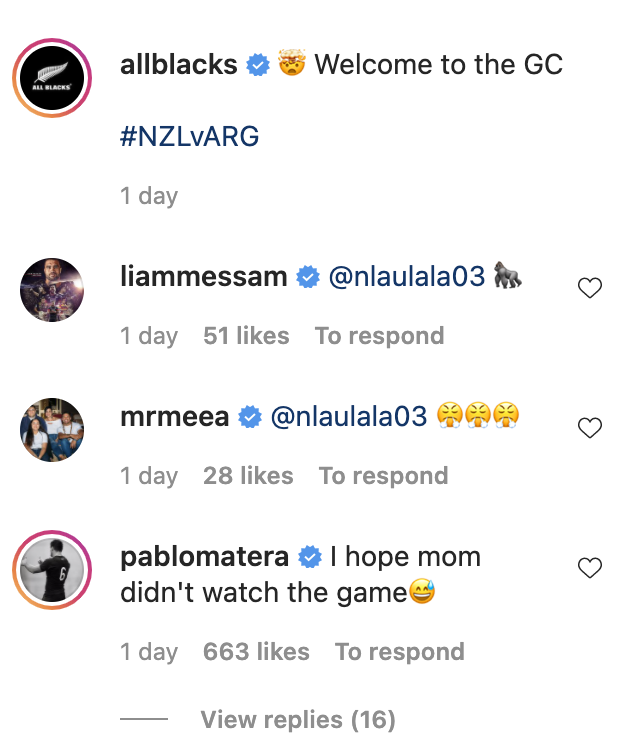 The win leaves the All Blacks sitting at the top of the Rugby Championship, five points above second-place South Africa. Meanwhile, Argentina are at the foot of the table without a point yet.