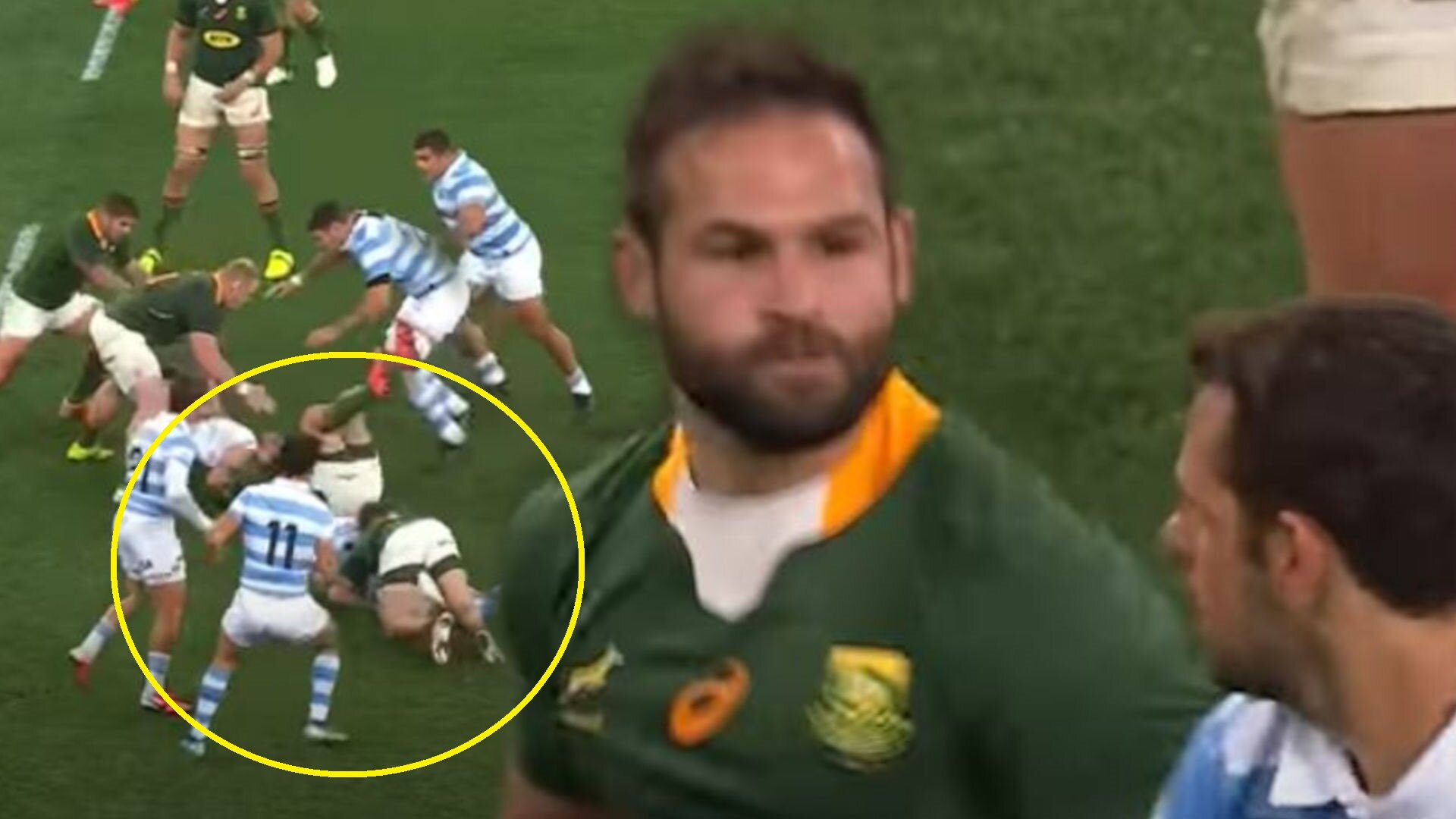 When you invite someone over to a braai and then you drink too much and are absolutely horrible to them – that’s what this reminded us of. That’s of course never happened to Rugby Onslaught, but we imagine it’s the type of thing that happens quite often in South African and Springboks’ rugby circles, going off this video at least.

Pumas flyhalf Nicolas Sanchez was not impressed with Cobus Reinach and let him know.

Then the look in Reinach’s eyes here actually scared us. So full of menace and anger!

“The work the players put in was awesome,” he said.

“We had a couple of beers on Saturday after the Series win but we knew we were going straight into the Rugby Championship, and on Monday when I started the first session, I could see the guys were really clued up and ready to go.

“We knew that playing five tests in a row was a big ask and we made a couple of changes, but you could see the freshness of the players who had come in, after not playing for a few weeks some of them.

“We had a defence session on Wednesday and you could see that some of the guys that had played on Saturday were a bit iffy, but the new guys were climbing into the session and were raring to go.”

South Africa scored three tries to nil to complete a bonus point win before the second meeting between the teams at the same venue next Saturday.

“We knew that cohesion would be an issue with so many changes, but the guys got really stuck in. Argentina are a tough nut to crack but hats off to the players – I thought their analysis they did was spot on and the plans they put in place were great.”