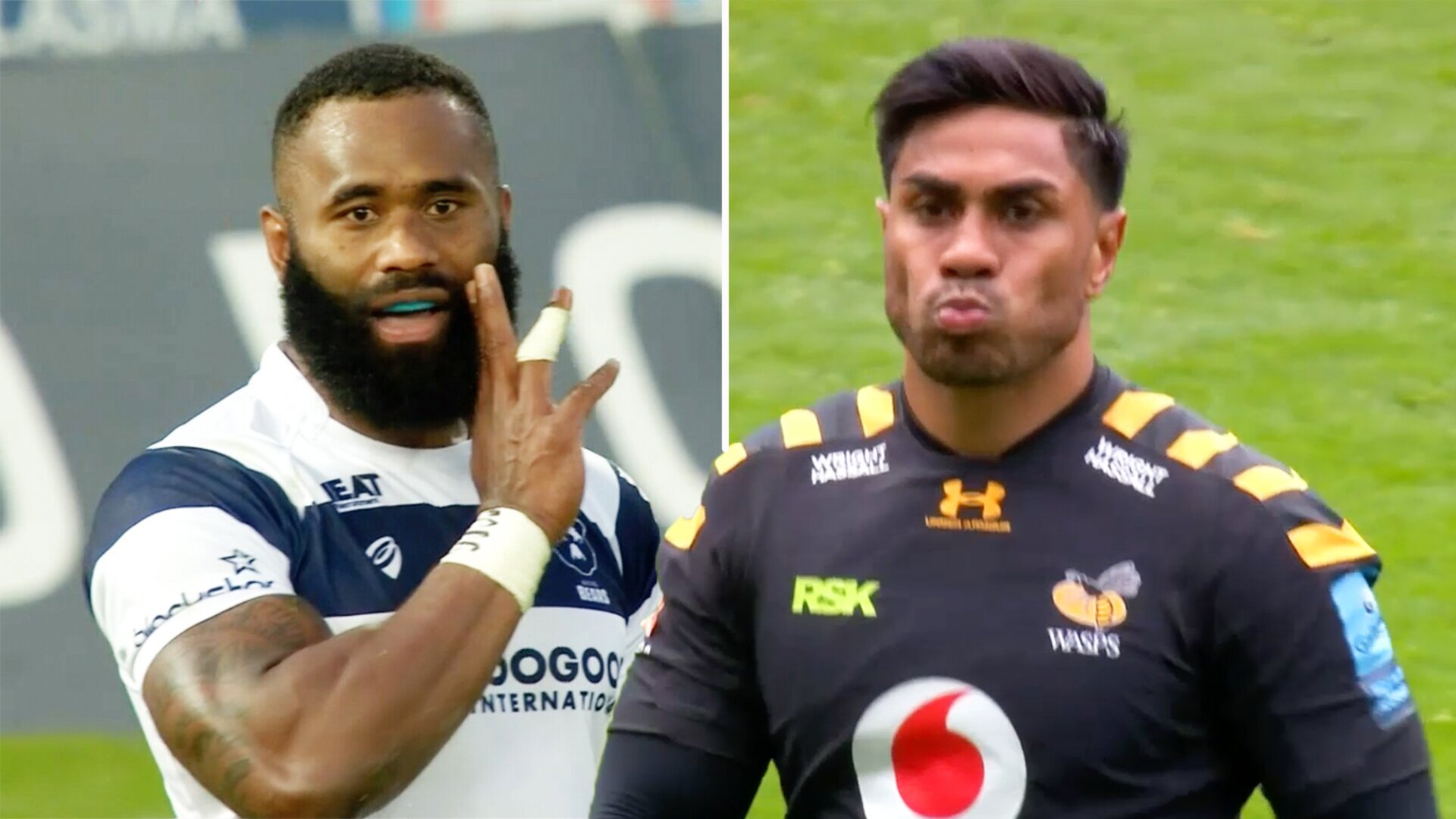 The Gallagher Premiership play-offs are set to be confirmed today with Exeter hosting Bath and Bristol travelling to Wasps.

We’ve taken a look at some of the mouthwatering matchups that we can look forward to in this blockbuster weekend of rugby.

This is one of the most exciting confrontations of this weekend’s action.

What a performance Semi is having pic.twitter.com/vs9ypg2sVZ

Radradra has been a revelation since making the move to England with some stunning performances whilst Fekitoa has grabbed headlines for Wasps with some standout moments like this hit from last weekend’s game.

Just look at this from @MalakaiFekitoa! 😍

Some hit from the All Black! 💥

Both of these men have the ability to turn these play-offs on its head. Bring it on!

These fly-halves are both in scintillating form going into this knockout tie with both men having enjoyed standout performances of late.

Simmonds stole the show in his side’s recent European tie against Toulouse with this late try. Many have called for him to considered for England selection based on this form.

Joe Simmonds! That is special! ⚡️

Sells the dummy and goes over under the posts! 😍@ExeterChiefs are in dreamland! 🙌#HeinekenChampionsCup pic.twitter.com/3HReE7Hztx

Rhys Priestland ran out for his 100th Bath game last weekend against Saracens – he put in an outstanding performance to earn his team a vital draw. Many fans have stated that he looks to be in the form of his life going into this huge showdown at Sandy Park.

💯 Fly-half @Rhys_Priestland will become a centurion for the Blue, Black and White when he runs out against Saracens at Allianz Park on Sunday afternoon.#WeAreBath | #SARvBAT pic.twitter.com/rfj8VluPo5

These two make up the engine rooms for their sides and will be absolutely vital to their teams success in this weekend’s semi-final in Devon.

Aled Brew’s name will be on the score sheet, but just look at that offload from Charlie Ewels 👏 pic.twitter.com/Jh9Qmvis9q

Gray’s stats this season have been out of this world with over 100 completed tackles in this year’s Champions Cup alone. Ewels is the beating heart of Bath and will lead out his side in the play-offs at Sandy Park this weekend.