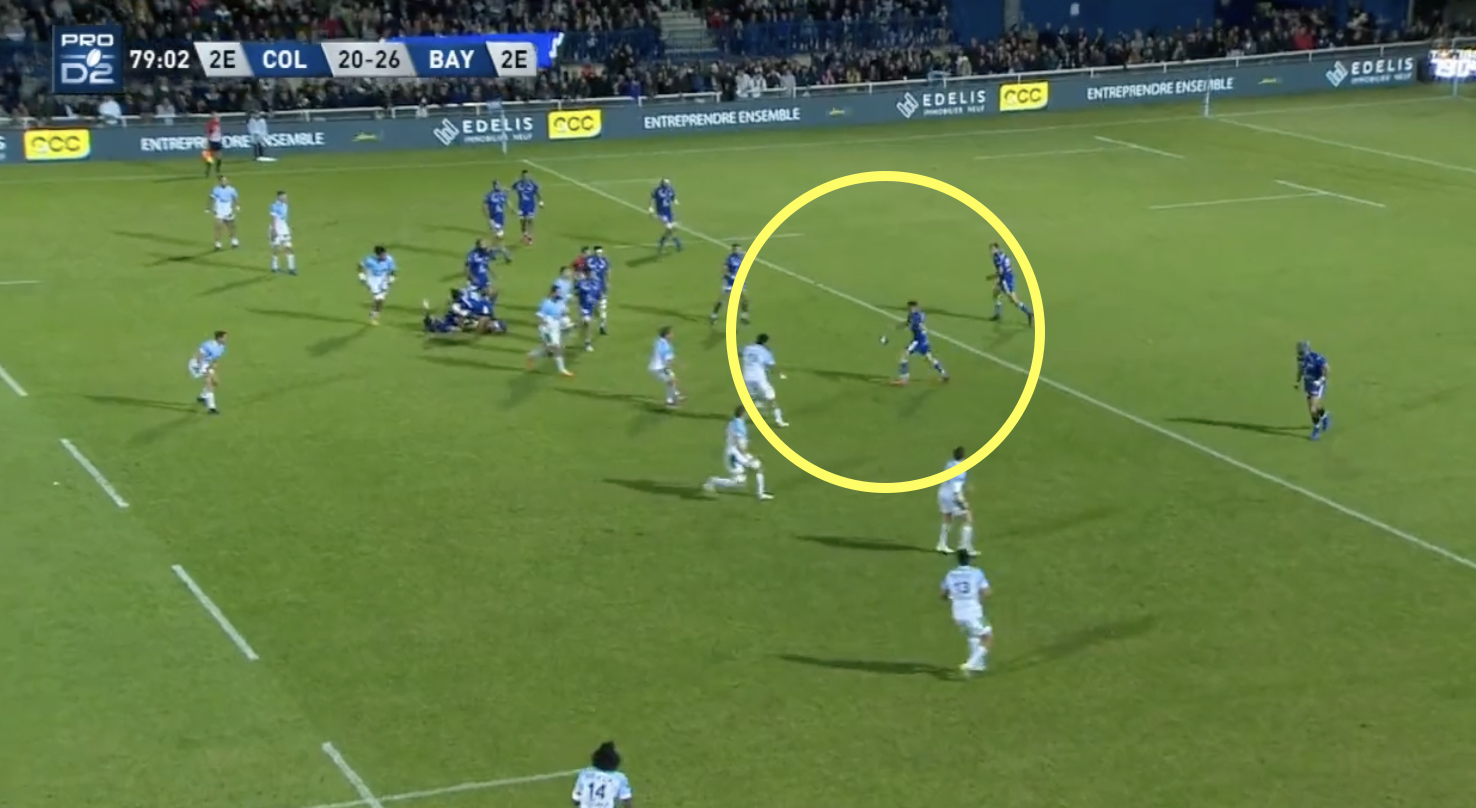 As 50:22s are the latest introduction to rugby in the northern hemisphere, the Internet is filled with videos of the kicks as a consequence.

Saracens No8 Billy Vunipola dipped his toes into the world of 50:22s against Bath on Sunday, while France scrum-half Antoine Dupont continued to show that he has almost mastered the game of rugby with his kick against Lyon.

But in the division below Dupont, possibly the most crucial 50:22 ever was kicked in the the Pro D2 last week. It came in the final 50 seconds of the match as Colomiers trailed Bayonne by six points at home at the Stade Michel-Bendichou.

Now any team in this position could keep hold of the ball and work their way up the field to score a try, but that is a tall order from just outside your own 22 in the final seconds of the match.

Teams have now been offered an escape route with the 50:22, which can suddenly transport them far further down field and into a dangerous position. Then again, as Colomiers were deep inside their own half, this required a kick from their own 22 to Bayonne’s 22, which is nothing short of rugby’s equivalent of a Hail Mary. So what unfolded was quite spectacular.

The 50:22 attempt was pinpoint accurate, but there was still a lot to do from there. The home side were able to apply a lot of pressure though, and eventually were awarded a penalty try and won the match from there.

Teams who are trailing within one score in the dying embers of the match have now been given a Plan B to put them in a scoring position. But it is not without risk. Colomiers’ kick could easily have missed Bayonne’s 22 or may not have found touch at all. In that situation, it would likely have ended their hopes of winning unless they secured a miraculous turnover.