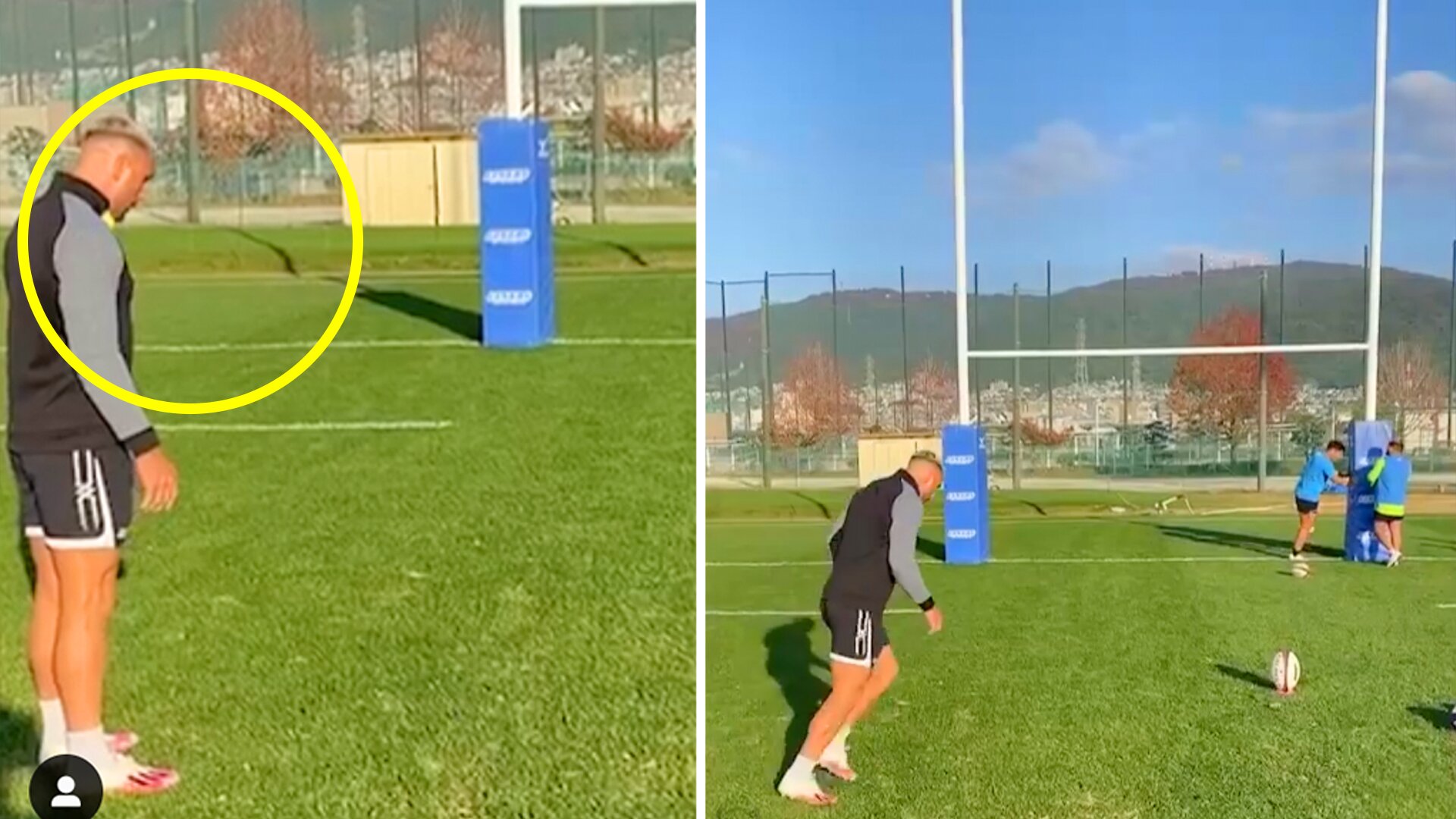 The 32-year-old now plays his rugby in Japan for the Kintetsi Liners alongside Will Genia, but he is still at the very top of his game when it comes to attacking rugby and kicking.

His training techniques are regularly posted on social media. One of his most recent videos shows a new kicking technique that he has taken on and it could very well take the internet by storm!

The kicking technique involves him holding a tennis ball under his chin to help him keep his head down. He says that a bad habit that he has in rugby is having his head up when he kicks for goal. This means that he loses balance and his kicks are not as straight. This method maximises the efficiency of his kick and it helps improve his accuracy.

Quade Cooper was never known for his kicking, but he certainly has increased his accuracy in recent years.

Here is the clip which went viral recently showing his new kicking technique. Could this kicking style take off?  His teammates were a bit surprised by this.

Crusher. A little drill I’ve been using lately to help with my strike and make sure im getting through the strike zone nicely. I’m also holding a tennis ball under my chin as I have been lifting my head to early which is a bad little habit. The drill is.. 10m out from the try line try to hit the cross bar. Pretty simple.