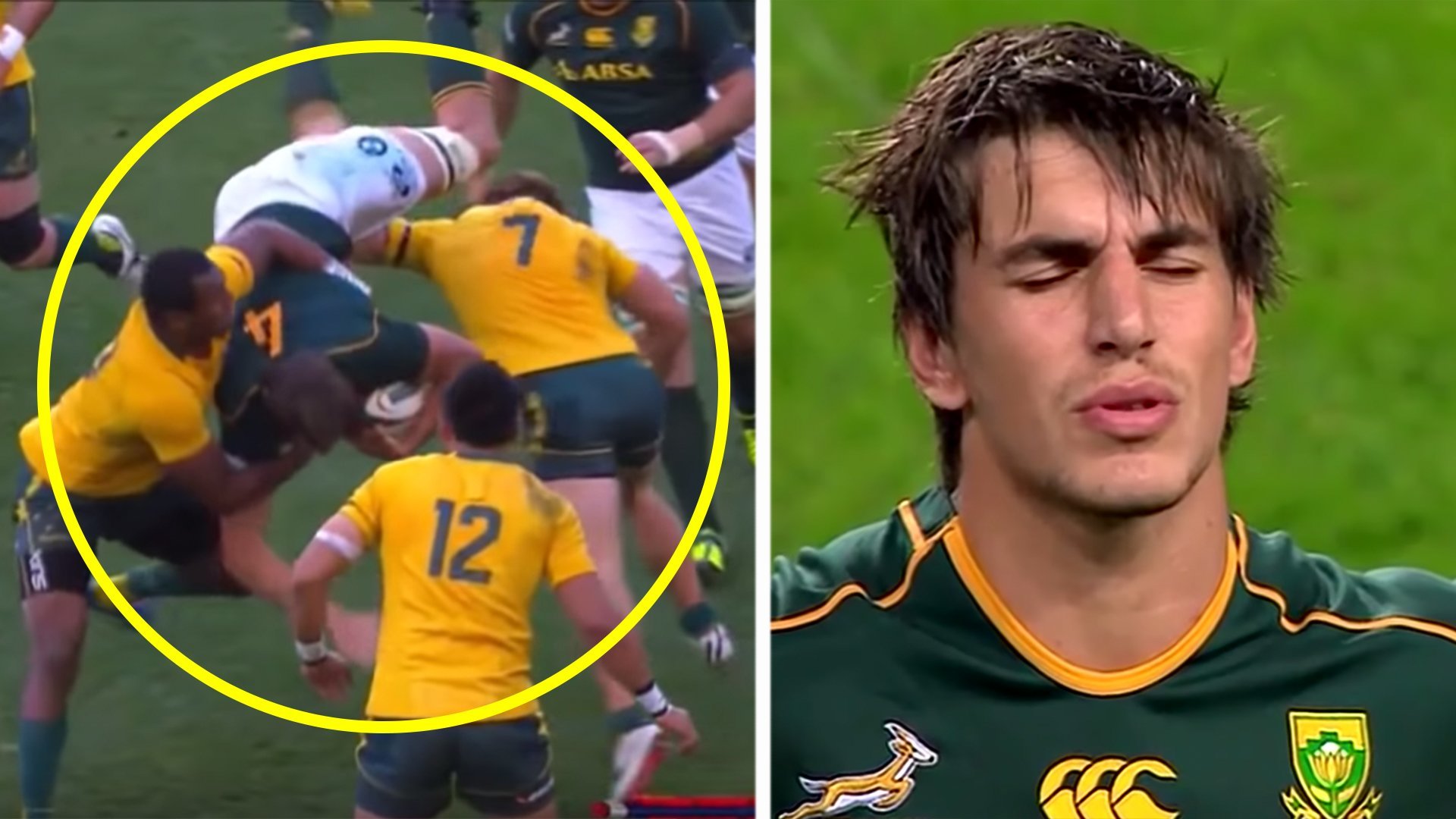 The only man to truly dominate Eben Etzebeth in a tackle

We can only remember one time that the powerhouse that is Eben Etzebeth has ever been truly physically dominated, and it’s by a man we surely all remember. This is how you dominate Etzebeth.

The lock was 21 when this video happened and we are sure that many will remember just how devastating this tackle was.

Eben Etzebeth has a certain reputation on the rugby pitch, and this video showcases exactly that, despite the fact that he got dominated. It was not long ago that Etzebeth was being considered as captain for the Springboks but now that Kolisi has taken that mantle, it appears that Etzebeth will not reign in that feisty anger of this.

So with a man who is so physically dominant in the sport, wh managed to dominate him. It’s none other than Australia captain and back row Michael Hooper…

Hooper was still very young at this age, but he certainly had the dog in him that has made him Australia captain today. This hit on Hooper may be seen by some as illegal, but it also was a timely reminder to Etzebeth that he could truly get dominated too…

Here is the famous hit that was made on Etzebeth.

Have you ever seen Etzebeth get hit like this?