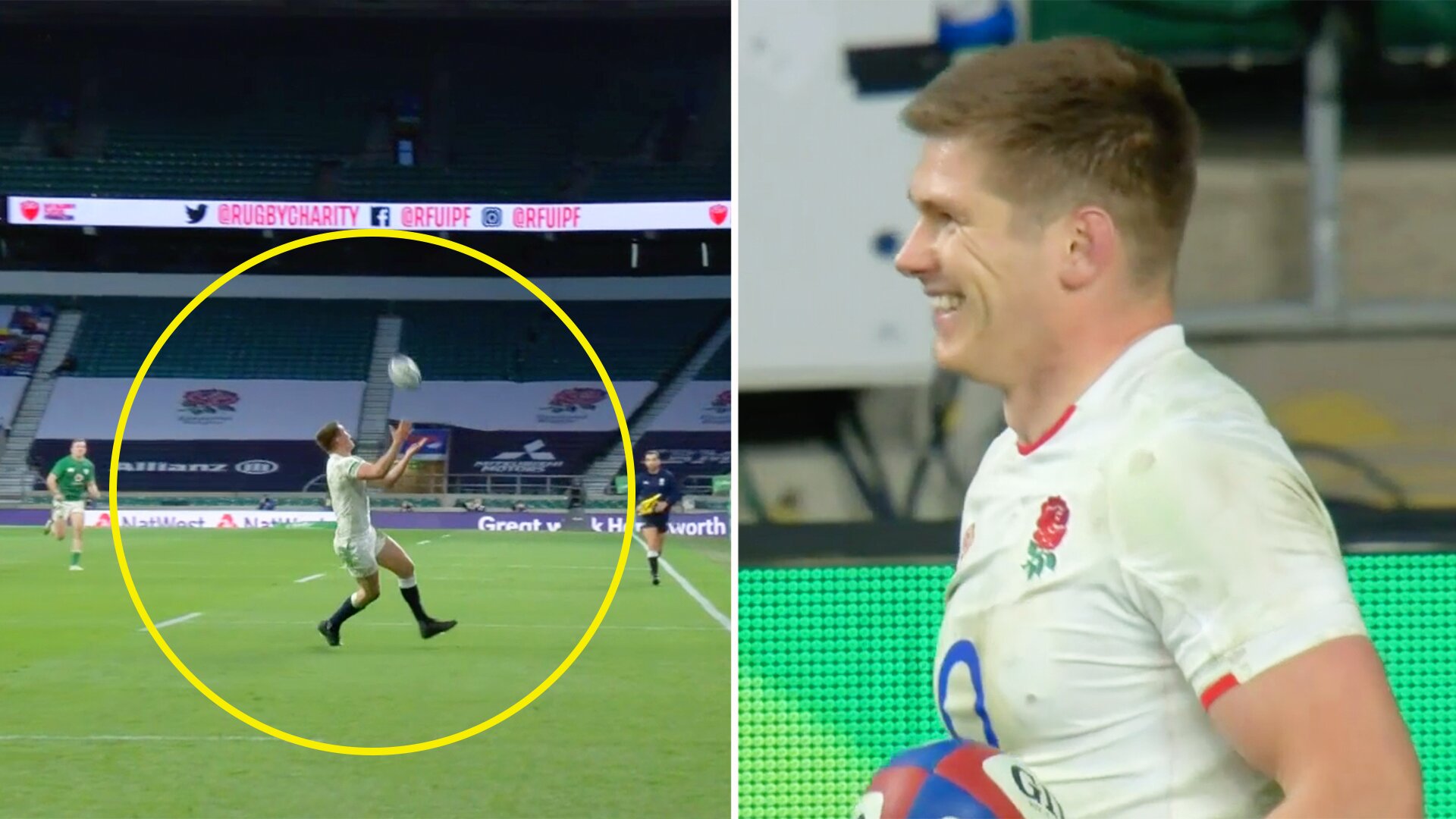 England completed a dominant 18-7 win over Ireland this weekend in the Autumn Nations Cup in a match where many of the men in white gave outstanding performances. One of those was from their skipper, Owen Farrell.

The Saracens star put in a sterling display in defence and attack but it was this moment at the start of the second half that really sapped Irish spirit.

England are now top of Group A following this weekend’s win.

Not many fans would have noticed the significance of this moment in the 47th minute of play in which the hosts led by 15 points to nil.

England had been dominant thus far – but there was plenty of time for Ireland to get back into it.

We see as the sides exchange possession before Elliot Daly launches a kick downfield that falls to Hugo Keenan. He throws it inside to winger James Lowe who looks to push an incisive kick into touch, deep in the English half.

Lowe’s kick is perfectly executed – but Owen Farrell goes on to do this.

Look at the vision from Farrell to make this mark. That was the difference against Ireland – great kick from Lowe but matched by the English captain. Story of the afternoon really pic.twitter.com/pDSafTH2Zi

We watch as Farrell identifies immediately that there is a huge swathe of open space out wide for Lowe to kick into.

You can see as the English skipper pins his ears back to cover the imminent threat. The video below from Murray Kinsella shows just how quick Owen was to react to the threat.

Watch this from Owen Farrell.

Absolutely elite awareness and work-rate to mark the ball.

England were dominant in many areas of the game on the weekend – but it was moment’s like this that truly broke Irish resolve. In many matches, a pinpoint kick like that from James Lowe would have created a pivotal match-turning moment but not when England were on this form.

Watch the full highlight of the weekend’s game below