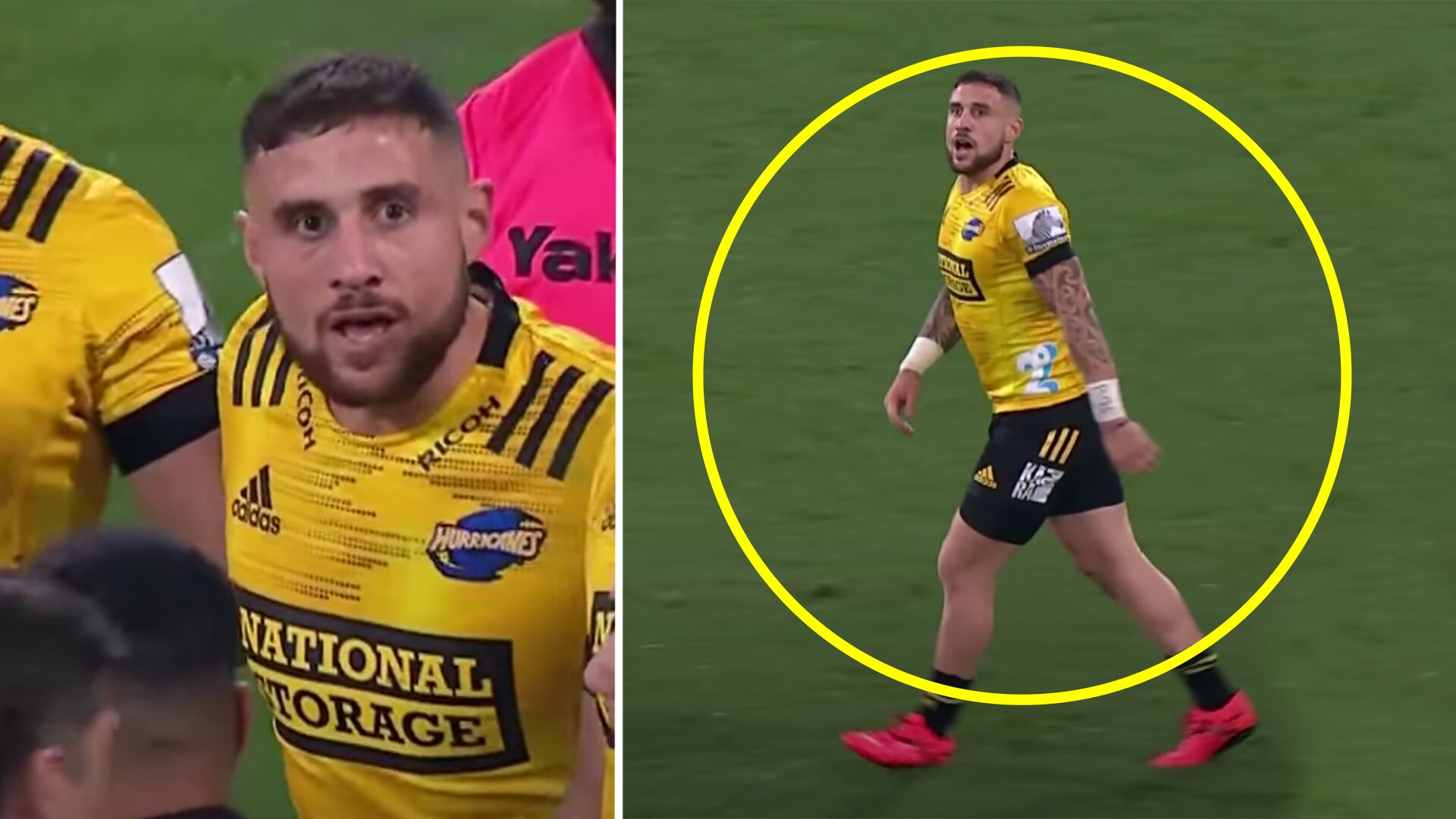 The player cam footage for All Black scrum-half TJ Perenara and it is exactly as chaotic and as crazy as you thought that it would be.

TJ Perenara has made a name for himself in rugby for being one of the mouthiest and abrasive 9’s in world rugby.

Sky Sports today released the incredible player cam video which focuses on a single-player throughout an entire Super Rugby match.

The video showed Perenara coming up against the Blues and his former teammate Beauden Barrett. In the video we were surprised to see he made a shot on Barrett which seemed to catch him by surprise.

In the first week of Super Rugby, Dane Coles and his teammates got into Barrett’s face during the opener.

It looked like a huge hit and it shows that the Hurricanes had plenty of hard feelings still after he left last year. What surprised us was the fact that the player cam for TJ Perenara was not as loud as we thought that it would be.

In the video, the scrum-half was on full alert to help the men in yellow win in Wellington. However, Perenara was not as loud as we thought that they would be.

It was also interesting to see how he took accountability for his own mistake in the match. Apologising to his teammates by raising his hand to admit he must Barrett’s dummy pass.

I love how he raises his hand and owns that mistake of falling for Barretts dummy and letting that try through. True leaders take responsibility. He’s a great player man. – Ezra Fermanis YouTube

The video truly is a brilliant watch if you are interested in seeing just how much goes on in the mind of a top international scrum half.