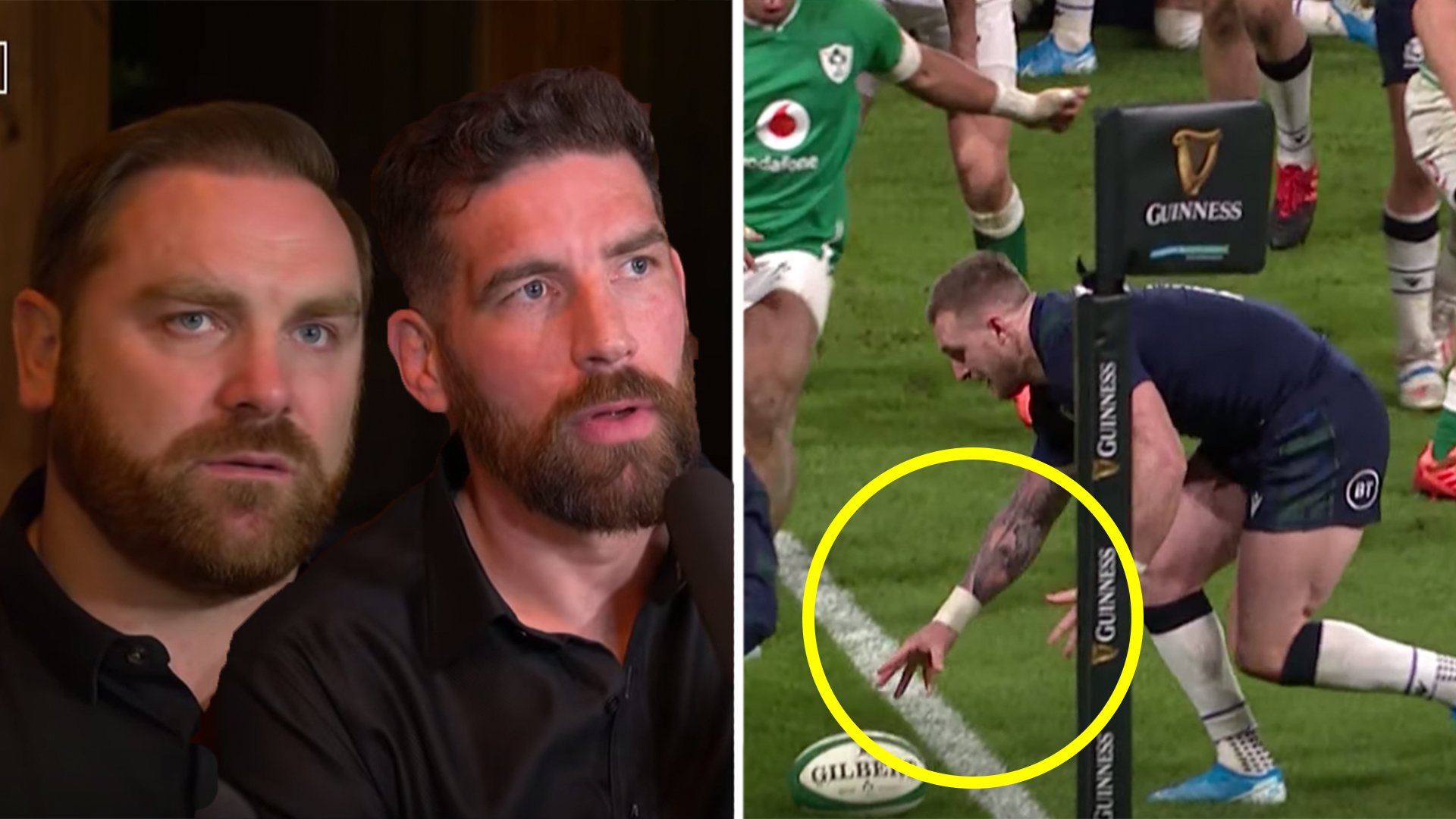 A reaction on a live stream to the Stuart Hogg unfortunate drop in a match has been released and it makes for fantastic viewing.

Everyone who is a fan of the Six Nations will now know about Stuart Hogg’s howler of a drop on Saturday evening which denied Scotland a try against Ireland.

The Scottish captain was set to score a certain try in the corner for his team against the men in green but he dropped it at the last moment, to the agony of thousands of spectators watching.

In an even more unfortunate twist of fate for the Scottish 15, the reaction was also recorded on a RugbyPass live stream where hundreds of viewers were watching an Alternate commentary of the match.

In the live stream, Rugby legends Andy Goode and Jim Hamilton were watching the game the game and discussing the hot topics surrounding the match.

We found a clip online showing the moment that Stuart Hogg drops the ball on the line and the reaction is as you would expect from the rugby hosts.

Jim Hamilton is a Scotland fan and good friend of Hogg’s, so you can see that he is genuinely gutted when he drops the ball over the line.

The clip of their reaction to the drop makes for hilarious viewing!

Stuart Hogg was clearly devastated with the drop himself.

Asked to explain what had happened, Hogg replied: “Just a schoolboy error. I’m gutted with how that happened. I can’t change what’s happened now. I just need to get on with it.

“I apologised to the boys. What will be will be and we have to move on.

“I’m bitterly disappointed to drop the ball over the line. We got ourselves into a good position after the forwards’ good work.

“I’m so disappointed I couldn’t finish it off.”

Expectation levels among the Scottish faithful have rarely been lower after a disastrous 2019, which ended with a first-round World Cup exit.