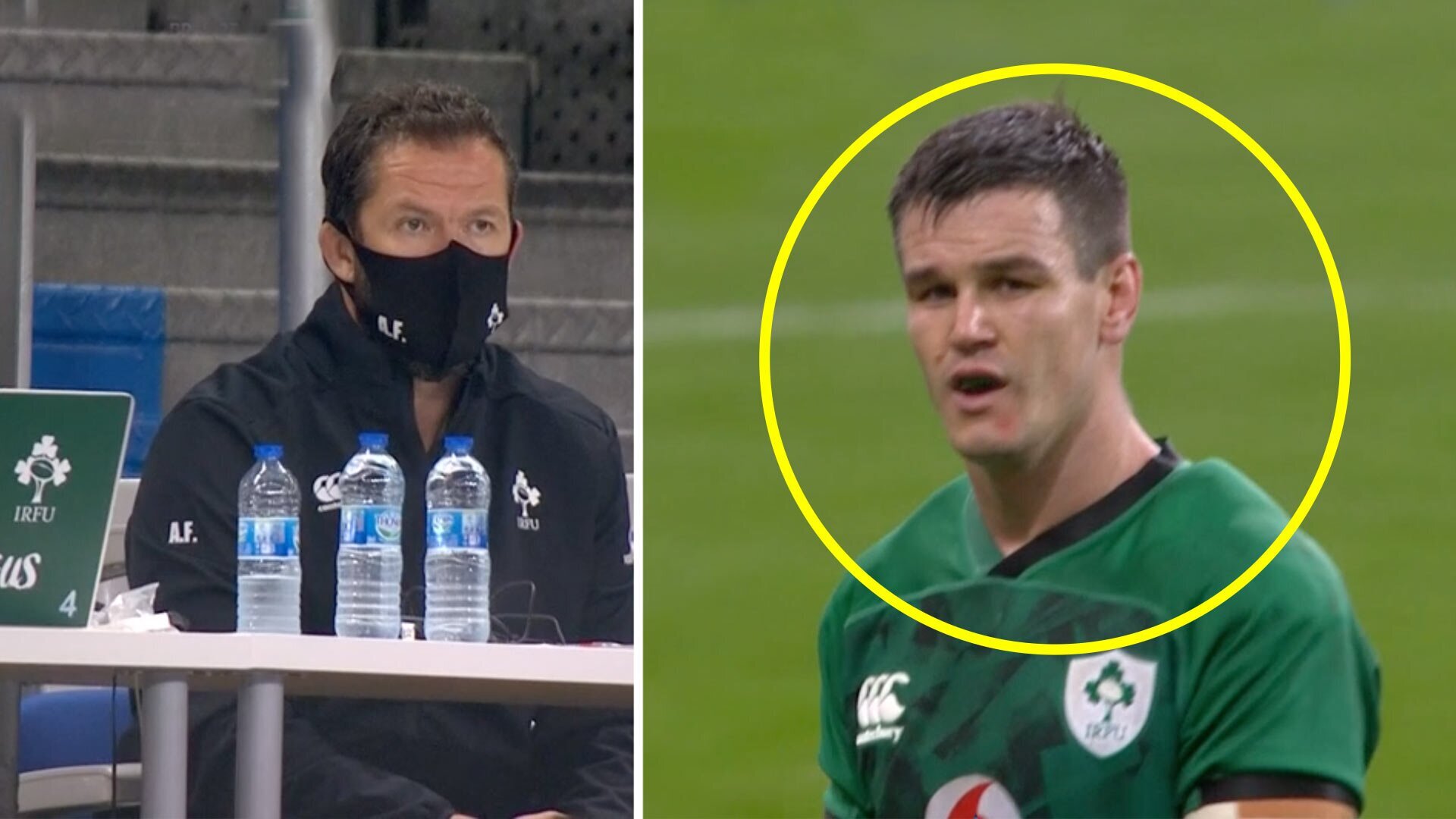 Rugby Onslaught has worked out the real reason why Johnny Sexton has not been considered to play for the Lions rugby side.

There has been widespread outrage and disbelief from the Irish rugby media and fans this week at news that Irish leader Sexton will not be going on the tour.

However, RO has found footage which shows the real reason why he isn’t being picked.

Off the Ball & Brian O’Driscoll were clearly in shock.

Most of the claims circle around the fact that Sexton gets injured too many times to play rugby in such an attritional tour.

However, it’s actually his indiscipline and willingness to lose his head that has cost him a spot.

Footage from the Autumn Nations Cup last year showed the Irishman openly disagreeing with his coach Andy Farrell when he was subbed off.

Would Warren Gatland accept this kind of backlash from a player?

So this is how a captain reacts to being sent off?

Siya Kolisi would never do this bru… pic.twitter.com/e6sQTTihBz