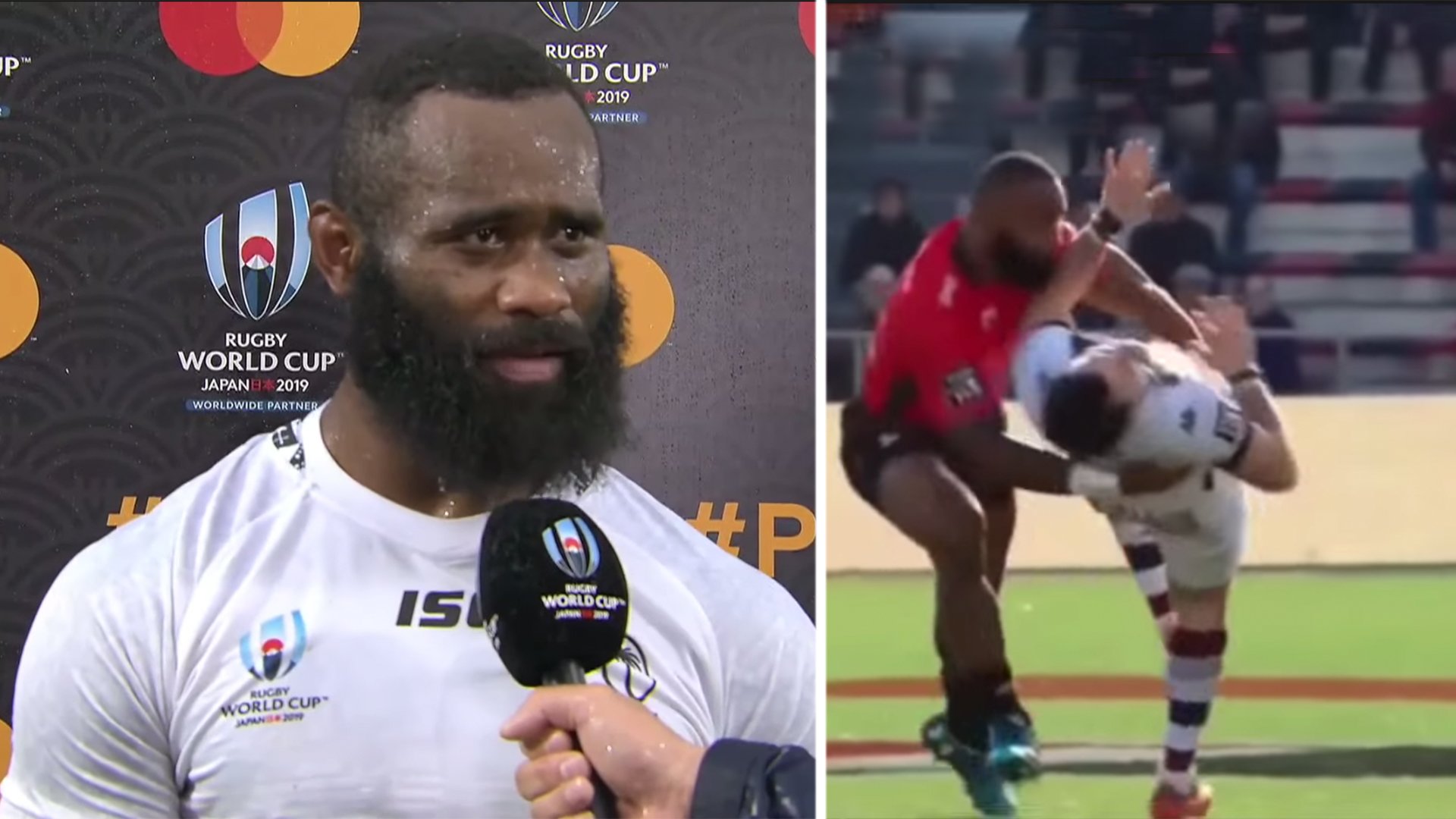 A brand new highlight reel has dropped on Semi Radradra, the best player in the Rugby World at the moment. This video, which looks at his best moments from 2019, shows him regularly gifting tries to teammates once he is clear through.

The Fijian back has played for Bordeaux Begles in the Top 14 this season and he has been pivotal to their strong form this year. The team sit at the top of the table thanks to Radradra and his form.

In this dominating highlight reel, Semi can be seen choosing to pass the ball to his teammates rather than scoring himself, the height of confidence in the sport.

Bears are unbelievably smart to sign this man. Semi Radradra is unreal.

Take a look at him deciding to pass the ball to his teammates when he was through for the tries in this video.

This is the height of confidence in yourself in this sport! semi radradra