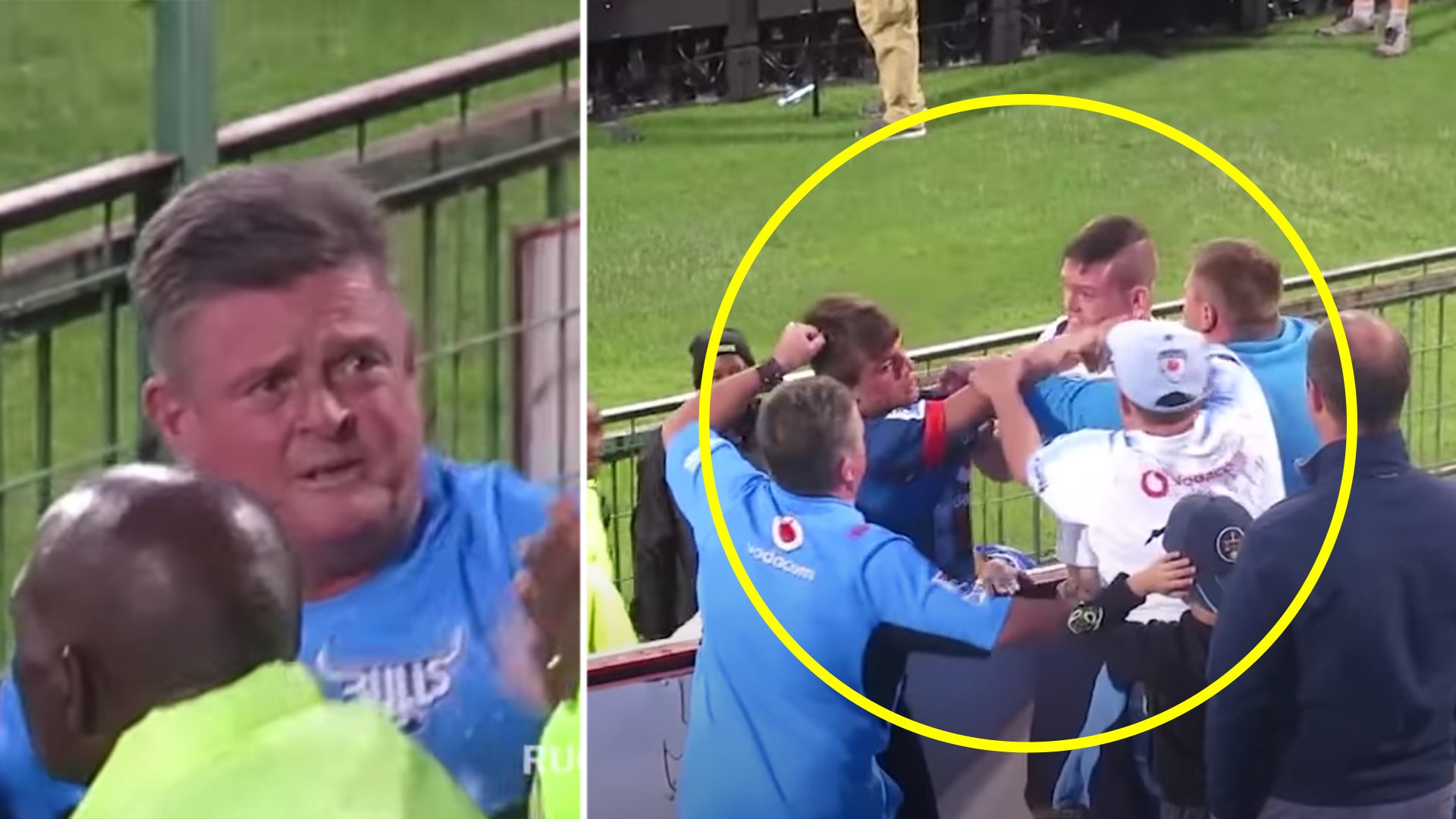 It has only been a couple of months since this footage surfaced online, yet it still shows how shocking this was. An incident in a match between the Bulls and the Jaguares this year almost brought South African rugby into disrepute.

Our friends at RugbyDump.com  were the first page to shed light on this incident which happened at Loftus Versfeld last month, which appeared to show Bulls fans fighting amongst each other in the match.

RugbyDump reported that an argument occurred during the Bulls 24-39 loss to the Jaguares, with fans taking their frustration out on each other in an embarrassing display.

‘They were taken to the SAPS (South African Police Services) charge office at the stadium and handed over to the SAPS,” explained Head of Communications, Shanil Mangaroo.

‘Loftus patrons can be assured that this sort of behaviour will not be tolerated by the BBCo, and together with our security company we will take a zero tolerance approach to any similar incidents.’

At the time, this footage went viral and it didn’t look good for South African rugby who had just won the Rugby World Cup.

Here is the raw footage of the incident which almost put South African rugby into disrepute!

The multi-million pound Six Nations investment deal tabled by private equity firm CVC appears to have stalled – according to reports. Kaye Wiggins and Murad Ahmed write in the Financial Times that the £300,000 buy-in has been delayed by the global coronavirus pandemic.

The deal – which would have seen CVC acquire 14 per cent of the Six Nations – has been the talk of rugby circles since 2019. The impact of the global pandemic now means that contracts are yet to be signed, as a lack of clarity remains over the tournament’s immediate future.

The report states papers were to be signed last month but the Six Nations told the Financial Times that: “We have not agreed to either take a break nor to push through a completed agreement. The conversations are simply ongoing and obviously take into account the new environment created by the current pandemic.”