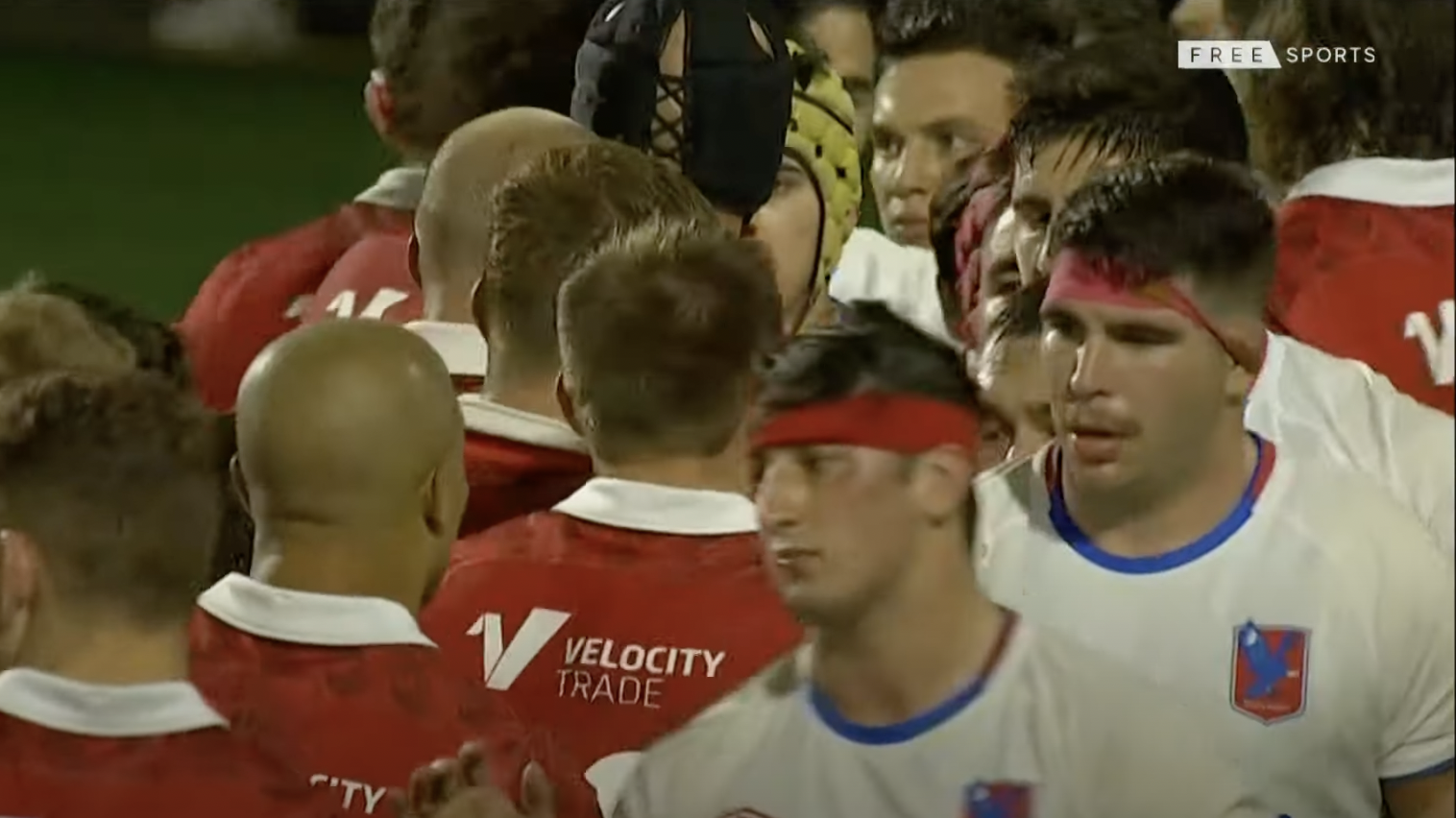 The shocking images to emerge from World Cup qualification match

Some alarming images have been shared online following Canada’s victory over Chile in a World Cup qualification match last weekend.

Canadian scrum-half Jamie Mackenzie shared the photos on Twitter, reporting an eye gouge during the match and questioning why World Rugby have done nothing about it. Mackenzie, who last represented Canada in 2019, has kicked up quite a storm online, and has received a lot of support.

He wrote: “Came across this pic from Canada vs Chile and I am shocked World Rugby has done nothing about it. Players reporting eye gouging and other despicable behaviours. Surprisingly, as a half-back I like a bit of grit, but there’s no room for this BS in the game.”

Came across this pic from @RugbyCanada vs @chilerugby and I am shocked @WorldRugby has done nothing about it. Players reporting eye gouging and other despicable behaviours. Surprisingly, as a half-back I like a bit of grit, but there’s no room for this BS in the game @raysrugby pic.twitter.com/vfRFKJWFlV

Though it goes without saying in rugby these days, World Rugby Law 9.12 says “A player must not physically or verbally abuse anyone. Physical abuse includes, but is not limited to, biting, punching, contact with the eye or eye area, striking with any part of the arm (including stiff-arm tackles), shoulder, head or knee(s), stamping, trampling, tripping or kicking.”

This usually carries a very lengthy ban, and while we are only relaying a post shared, Mackenzie clearly feels indignant about the fallout from this match.