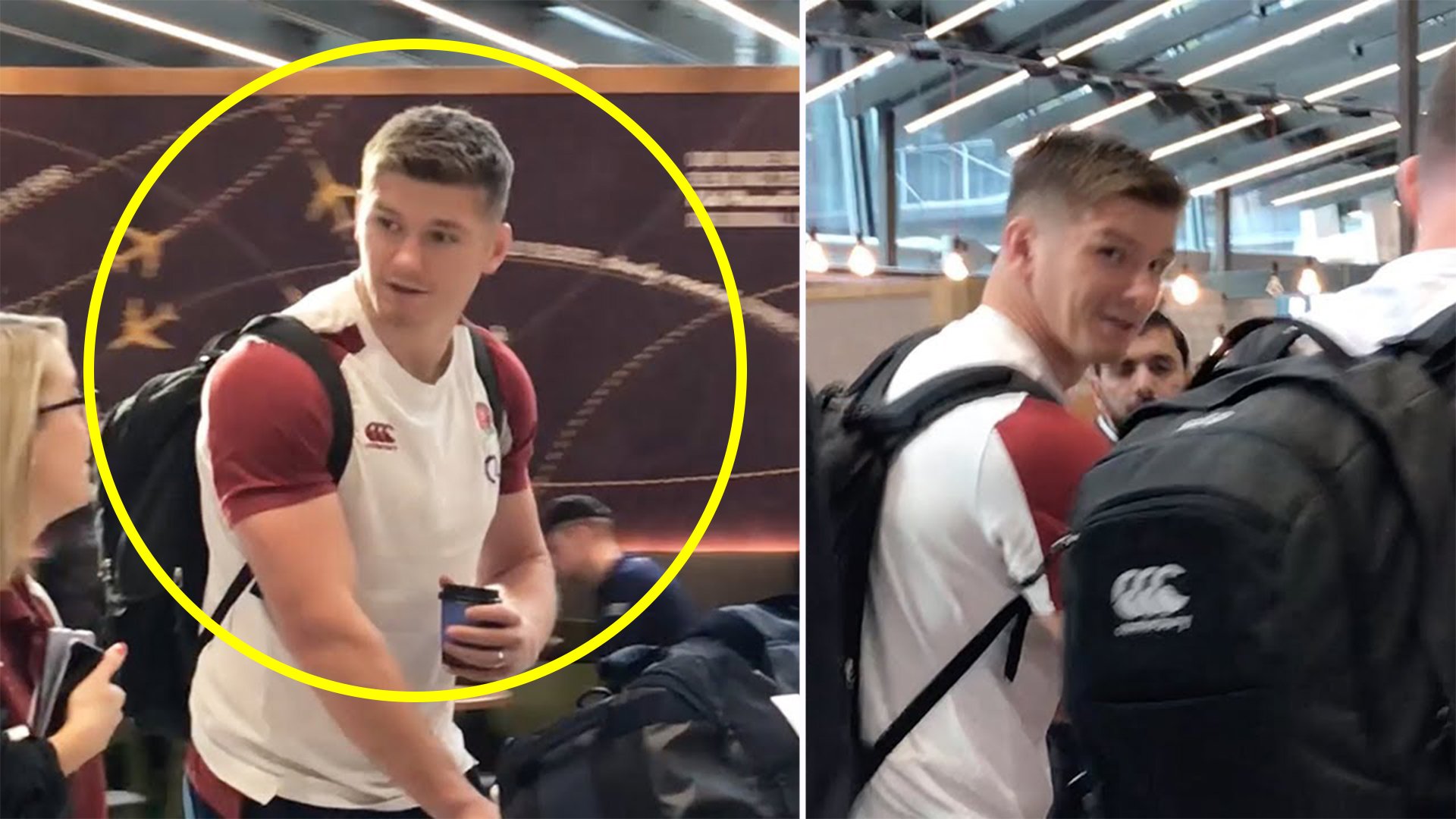 Footage has emerged revealing t.he shocking way in which the England rugby team treated their fans when they returned from the World Cup.

A video has come our way online showing the England team as they arrived into Heathrow airport just a few days after losing the World Cup final to South Africa.

Hundreds of England fans had turned out to cheer and welcome the England team home who had performed well, beating former three-time Champions New Zealand on the way to the final.

As they came out of the arrivals area, they were greeted by a rendition of loud cheers as the players welcomed them home.

The reaction they got from the England players was nothing less than a slap in the face.

Long flight, or not. This is not how you treat your fans.

The comments under the video shows how people agreed that the England team were wrong to ignore the fans that had spent time to congratulate the team for their efforts in Japan.

– Hard luck England…….i know its was a very long flight and they are tired but a little wave to say Hello to the fans would be nice……
– At least smile and wave at the people who came out to see you and supported you throughout the whole tournament. What a bunch of sore losers. You lost a game of rugby get over it.
– Can’t even respect the fans by waving or acknowledging them ..sour losers. They got a silver medal. You wouldn’t think they came last with their sour dispositions.
-Disappointed…I’m an Englishman..fantastic effort by the team but for christ’s sake how much effort does it take to smile and acknowledge the fans who welcomed them?! England rugby team let us down here.
– Not impressed at all by that lack of respect or gratitude.I find it hard to imagine the All blacks or South African or any other nation behaving in such a dismissive manner.
They are only bloody rugby players!!
Rugby Onslaught
@kick_francis
Sharing