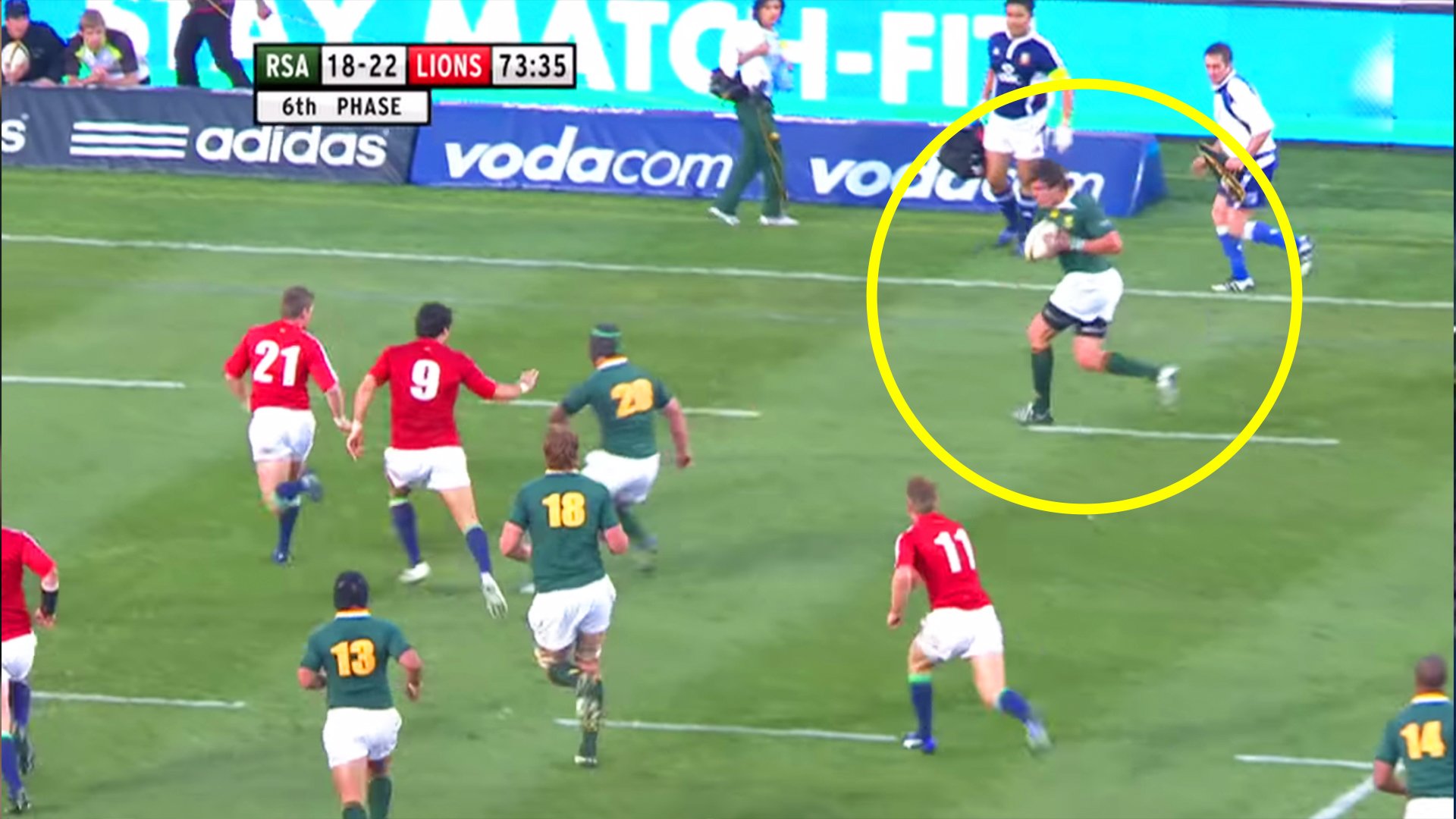 There’s not much we can say about this apart from the fact that it is the greatest solo finish in rugby history. The try was scored by Springbok powerhouse Jaque Fourie.

The iconic clip comes from the second test of the 2009 Lions series, where South Africa beat the Lions with the last kick of the game!

The power from Fourie is unlike any we have ever seen in a rugby match.

Even the great Jonah Lomu would struggle to get through as many people as he did to score this try!

You just don’t see raw power like this in rugby anymore.

There would be no storybook ending to Martin Johnson’s playing career as his Leicester side were beaten 39-14 by Wasps in the Premiership final on this day in 2005 – May 14. But much as he would have loved one, Johnson did not need another winners’ medal to confirm his status as one of the greatest locks to ever play the game.

Besides, he had already had one fairytale moment as his final moment in an England shirt had been to lift the World Cup after the dramatic 20-17 victory over Australia in the 2003 final. Johnson’s career began back in 1989, playing in a 15-12 win over Bath to deny them an undefeated season, and winning quickly became a habit.

He spent his entire career with Leicester, winning five league titles and captaining them on their remarkable run as they won four consecutive crowns between 1999 and 2002, at the same time as becoming the first side to retain the European Cup, lifting it in 2001 and 2002.

Johnson made his England debut in 1993, the same year he was a late call-up for the British Lions tour to New Zealand. He would captain the Lions for their victorious tour of South Africa in 1997 and four years later became the first man to lead the Lions twice as he captained the tour to Australia.