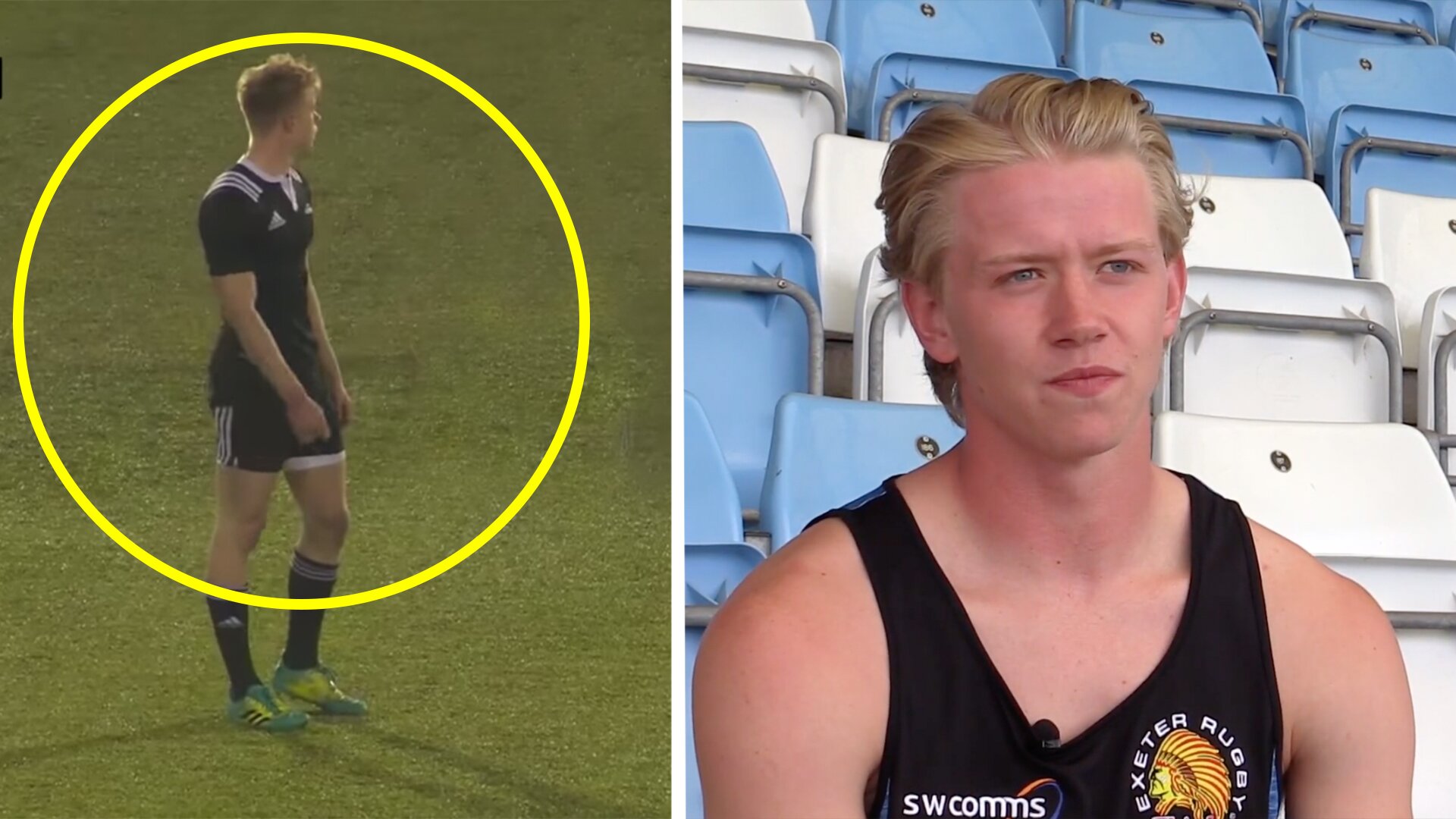 Not many die-hard rugby fans will know about the absolute freak of nature that Exeter Chiefs are about to unleash on Bristol Bears tonight. Josh Hodge is different.

We have heard so many good things about this young English player, who is still at the start of his rugby career.

Hailing from the North of England, Hodge made the move to Exeter Chiefs in the Summer.

Rumours are that the youngster has been absolutely dominating in training for the men in white, and he is starting at 15 for the men from Devon tonight!

Josh Hodge is the ridiculously talented 20-year-old who the Chiefs recently signed from the Newcastle Falcons in June. He plays primarily at full-back, but can just as easily slot in at winger.

For anybody who does not know about how good this player is, just look at this try he scored for the England Under 20s a year ago.

Hailing from Sedbergh school, one of the best rugby schools in England, Hodge is a freak when it comes to physical ability. He is quite a lean physique, only weighing only 85kg, a modest weight for a rugby player.

But the skillset on this player in ridiculous. Imagine a combination of Stuart Hogg, Jack Nowell and Josh Hodge at the Exeter Chiefs back 3, it is incredible! Josh Hodge is unreal.

If the clip above didn’t impress you enough, then take a look at this ridiculous try from the Under 20 Six Nations. This is one of those players who has consistently dominated at age-grade level.

He spent a year playing at Univerisity for Northumbria and he completely dominated at that level.

Just look at this try here, it’s not even fair.

Exeter Chiefs have made a seriously good bit of business on this young man who we are almost certain Rob Baxter has signed as a like-for-like replacement for Stuart Hogg while he is away on international duty for Scotland.

Below is his first interview for Exeter.