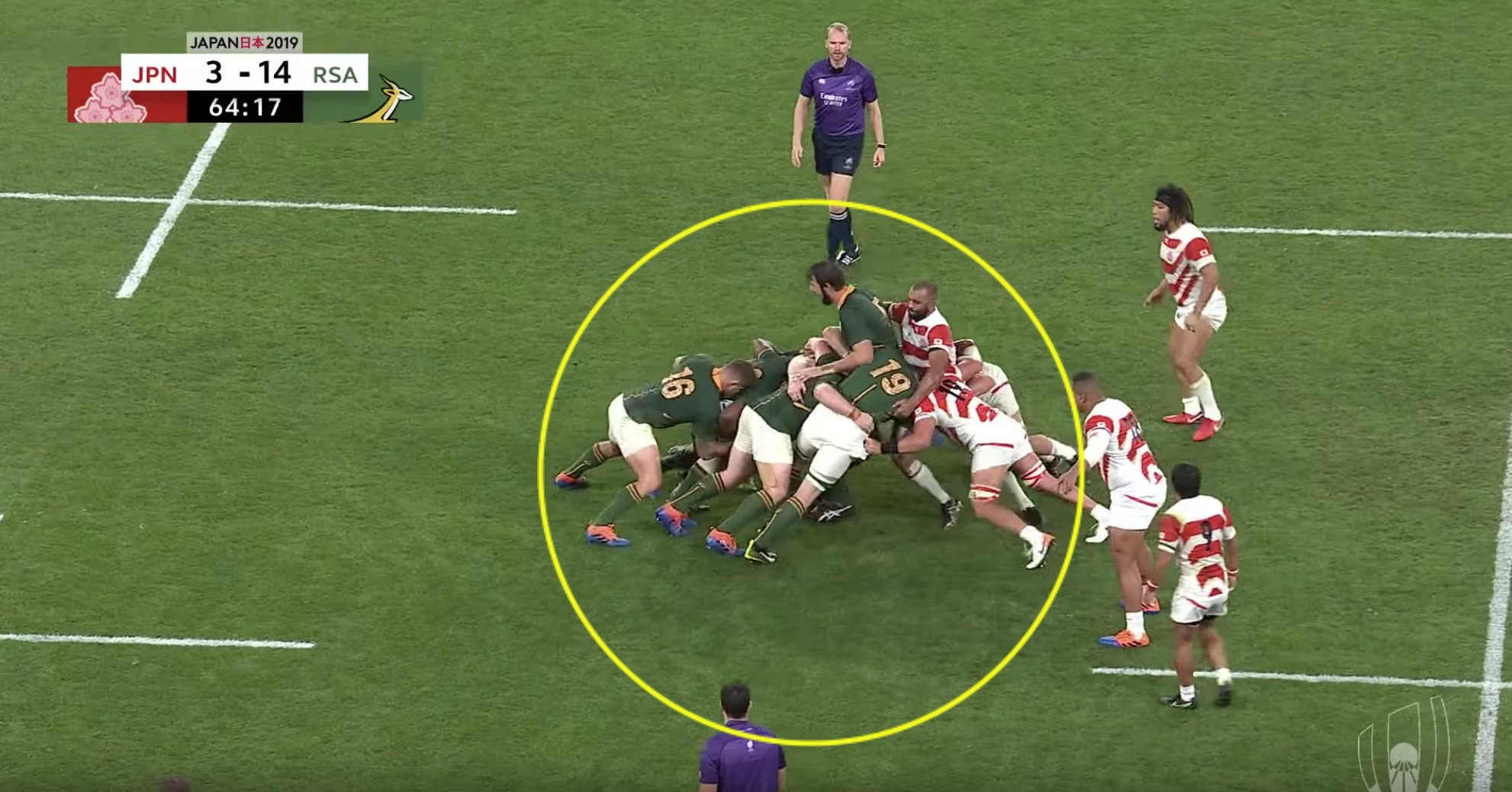 This was an incredible maul from South Africa…

The Springboks put on a clinical performance in Tokyo to snuff out the hosts in a performance that should put their semi-final opponents Wales on alert.

South Africa set up a meeting with Wales. Four years ago the Springboks eliminated Wales in the quarterfinals.

Makazole Mapimpi has scored 13 tries in 12 test appearances, after posting a pair of scores, his eighth and ninth test tries in 2019. Only Japan’s Kotaro Matsushima has scored as many this calendar year (9).  Five of Mapimpi’s nine tries in 2019 have been scored against Japan. He scored a hat-trick in the 41-7 win against the Brave Blossoms just before the World Cup started.

Yu Tamura is the tournament’s leading points scorer. He took his total at RWC 2019 to 51, becoming the first player in this tournament to amass a half-century.

“They pose different threats to some other teams. We’re pretty familiar with the way they play. There was a period a few years ago where they were trying to emulate the All Blacks or Australia, trying to be a bit too expansive in the way they played.

“They’ve gone back to their strengths and their strengths are definitely that physicality up front with driving lineouts and a strong scrum and ball-carrying and beating teams far side. And a good kicking game as well. So you’ve got to be able to handle those threats. And they’ve got a couple of pretty exciting wingers, too, who are able to cause problems.”

Handre Pollard is now on 126 career RWC points, taking him into the all-time top 10 in the competition.

What really amazed us what the power of the South African pack.

Japan knew that they were physical, but there is no way that they could have expected a maul like this. The Japanese weren’t even badly equipped for this, they just got pulverised.

Look at how powerful this maul was.