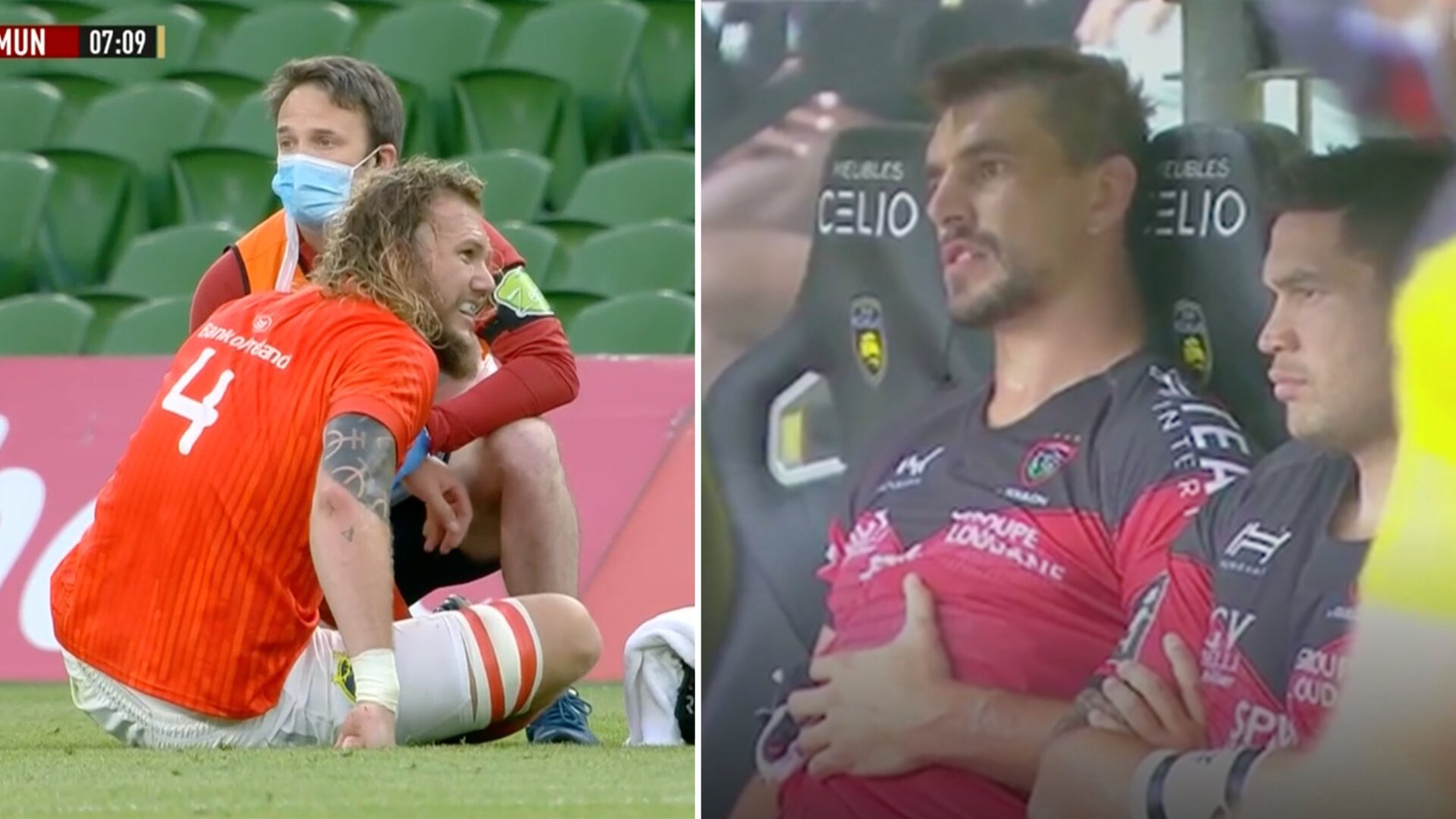 The Springbok injury crisis is in full swing and it is threatening to throw their dominance in International rugby down the drain. Rugby Onslaught looks at just how serious the injury crisis is.

This month, three of South Africa’s World Cup-winning pack have been injured in matches in the Top 14 and the Pro 14.

Just how serious are these injuries and how long can they be out of the game.

He left an emotional message online after his terrible injury.

A message from RG Snyman after a very tough week for the World Cup winner.#SUAF 🔴 pic.twitter.com/69YoouqwTT

He has since had surgery and reports are that his rehabilitation is going well. However, we know that it will be a long road back to recovery for him.

Eben Etzebeth wasn’t long back in the Top 14 for Toulon when he came off with what looked to be a painful rib injury. He came off after just 12 minutes when he came on as a substitute against La Rochelle.

Lasted 12 minutes after coming on as a half-time sub#SRRCT #Top14 pic.twitter.com/wKoRGSkrsH

Rib injuries can be tricky, bruising will keep him out for 3-6 weeks while a break could see him out for up to 3 months. This means we might not see the lock back in action until well into 2021.

This Springbok injury crisis sees the teams losing the strongest second-row partnership in rugby. With all these injuries potentially being long term, how will these players respond?